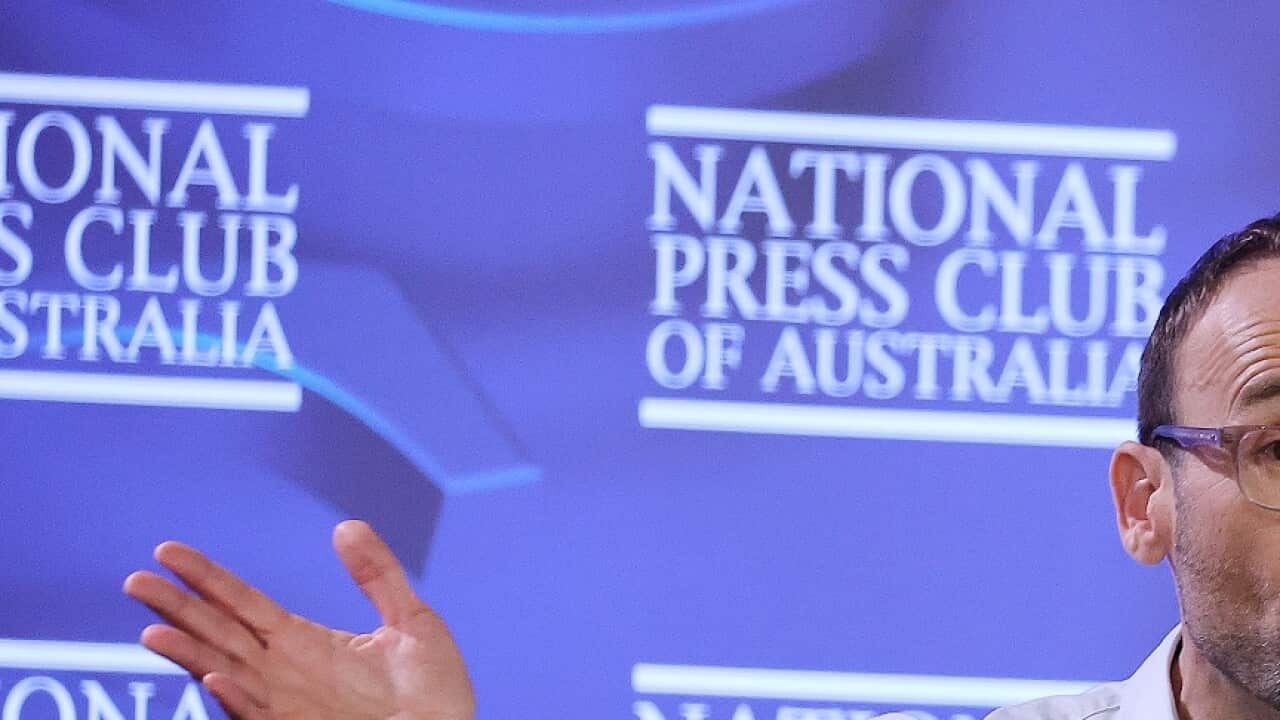 Adam Bandt has made headlines this election campaign for proposing a tax on billionaires, telling a journalist to "Google it mate," and for presenting the Greens as an alternative to the traditional Australian two-party system that he says supports coal and gas.

Published 2 May 2022 at 10:21am
By Tom Canetti
Presented by Harleen Kaur
Source: SBS
Greens Leader Adam Bandt was born in Adelaide to Moira and Allan Bandt, a school teacher and former social worker. He grew up in Perth, and attended the city's Murdoch University, graduating with a Bachelor of Arts and Bachelor of Laws in 1996.

In 2010, he was elected to parliament after successfully running as the Greens’ candidate for the federal division of Melbourne. As well as policy on climate, he was focused on addressing areas of social injustice— which is still top of Mr Bandt’s agenda today.

"Do you know what would be a better way of showing politicians are in touch with the needs of everyday people? It would be passing laws that lift the minimum wage, it would be making dental and mental into Medicare, it would be making sure we wipe student debt and build affordable houses. And when you have wages growing at about two and a bit per cent and inflation growing around 3 per cent, that is part of the problem. And I would hope at this election that we can turn it into a genuine contest of ideas."

Advertisement
His election campaign features the slogan “Tax the billionaires,” referring to the party's proposal to implement Australia’s first billionaires tax which would see the mega-wealthy pay an extra 6 per cent income tax.

In order to change the government, Mr Bandt says the Greens would consider working with Labor.

"We want to kick the Liberals out, we think Scott Morrison has been terrible on climate and has turbo charged inequality and has a serial problem with telling the truth, and he has to go, the Liberals have to go. And so we would then in that situation, in a power sharing parliament, we would seek to work with Labor to support a change of government."