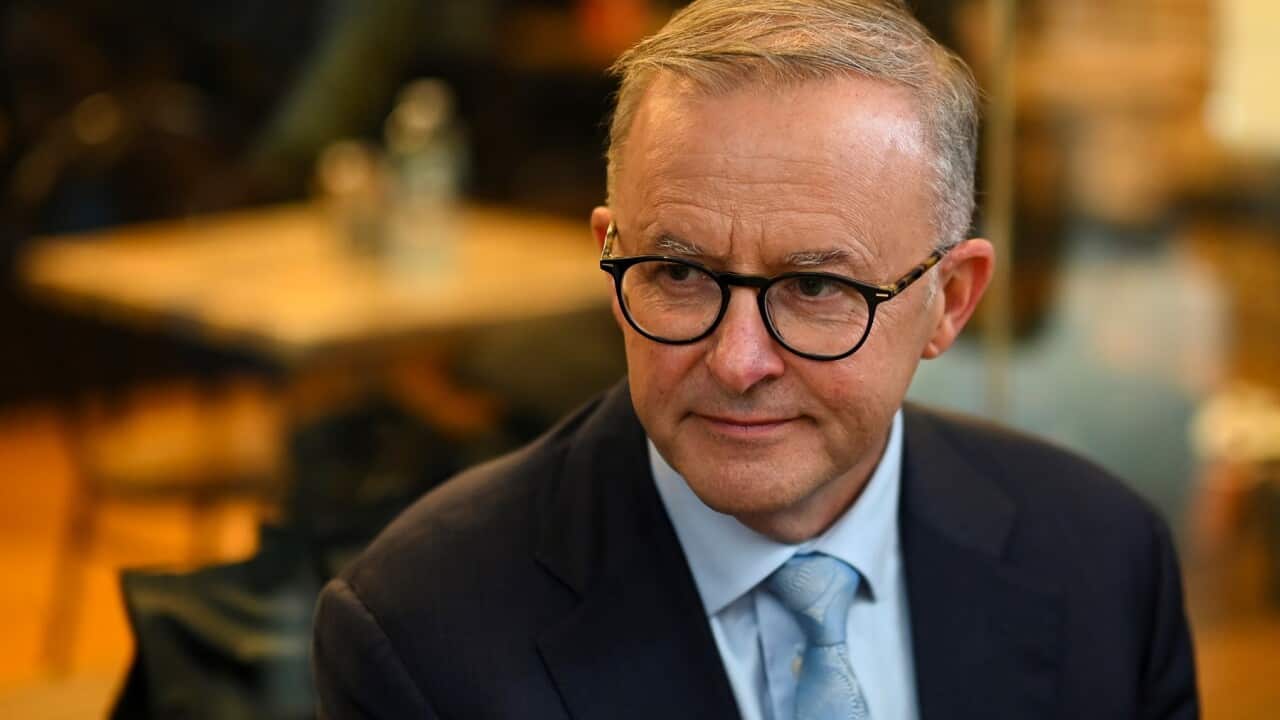 After more than a quarter of a century as the Member for Grayndler, the Federal Opposition leader, Anthony Albanese, is campaigning to lead the ALP to victory in next month's federal election.

Published 26 April 2022 at 10:08am
By Greg Dyett
Presented by Harleen Kaur
Source: SBS
Anthony Albanese started his parliamentary career in 1996 when he was elected as the Member for Grayndler in Sydney's inner west. He grew up in the area, as the son of a single mother.

On becoming the Labor leader after the A-L-P's 2019 election loss, he promised to hold Prime Minister Scott Morrison to account without becoming what he described as a negative, Tony Abbott-style opposition leader.

"I say to him that I will hold his government to account strongly, forcefully. I am a values politician, but I also say this to Scott Morrison: I'm not Tony Abbott. People want solutions, not arguments. They have conflict fatigue."

Advertisement
In the lead-up to the election on the 21st of May, Anthony Albanese says he wants voters to know he has a plan for Australia's future.