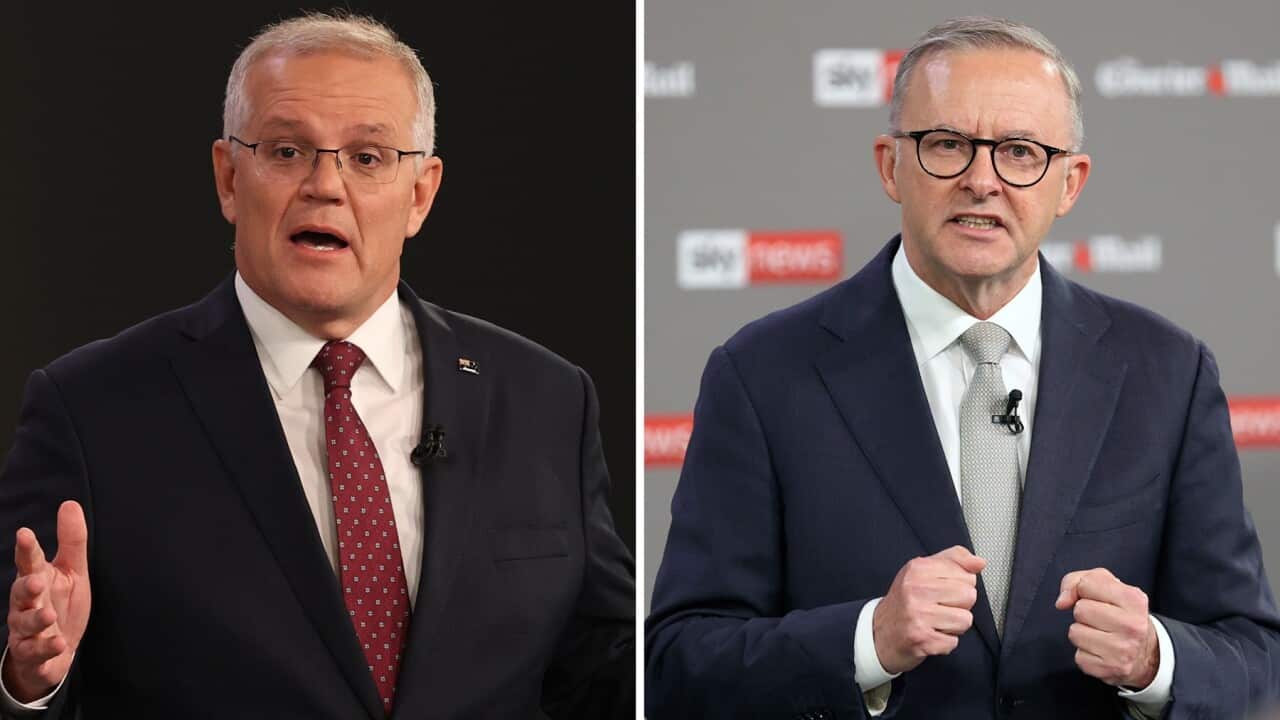 In the battleground state of Queensland, the two major party leaders met after more than a week campaigning across the country. Among the points of contention were border protection, an integrity commission, and the security pact signed by Solomon Islands and China.

Published 25 April 2022 at 10:08am
By Krishani Dhanji
Presented by Harleen Kaur
Source: SBS
Attending the debate were 100 undecided Queensland voters, asking the questions. Scott Morrison was appealing to voters to leave him at the helm, arguing now's not the time to change tack.

"It all starts with managing a strong economy. Our government has proven that with a strong economic plan that has been delivering. So it is a choice between a stronger economy and a weaker economy, a stronger future and an uncertain one."

Voters in the room were asked for their assessment of who did better. Mr Albanese was named winner with 40 per cent of respondents supporting him. Scott Morrison garnered 35 per cent, but one in four voters in the room remained undecided.

Advertisement
The signing of the security pact between Solomon Islands and China is overshadowing the campaign, and the debate.

National Security remains a key focus in the lead-up to polling day, along with border protection.