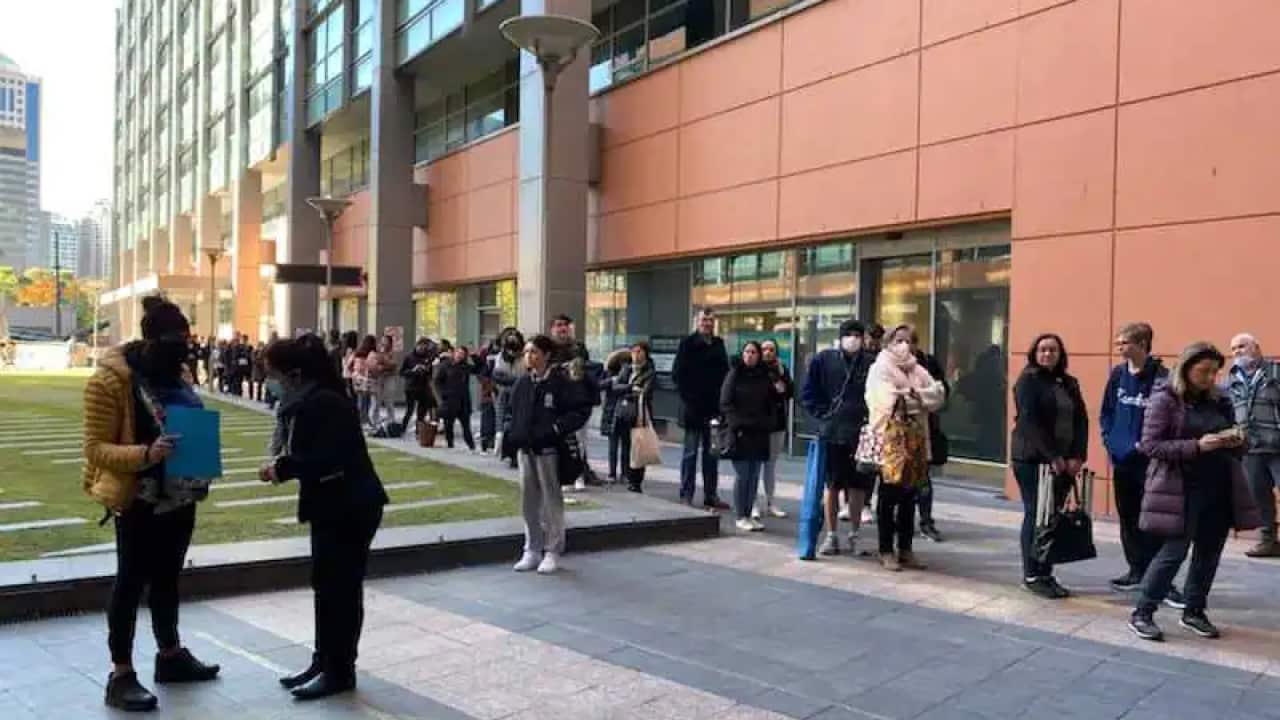 There's growing frustration at passport offices across the country with no end to the application backlog in sight. Pre-pandemic there were around 7,000-9,000 applications daily - while this week saw a daily record with close to 16,500 applications received.

Published 10 June 2022 at 12:33pm
Presented by Jasdeep Kaur
Source: SBS
International borders may have reopened but thousands remain stuck on the ground as they wait for their passport to be issued.

Around the country, many are frustrated as they wait in queues at passport offices for hours.

SBS spoke to a few of those who have been waiting for their passport - many for months now.

Advertisement
Sreenith Kulangarath applied for a passport for his 6-year-old son in early May, ahead of a family holiday later this year.

But on the first of June, his father-in-law unexpectedly died in India and he and his wife never had the chance to say goodbye.

He says he's relieved they can at least attend the funeral.

The Assistant Minister for Foreign Affairs, Tim Watts, has described as unacceptable the current delays in passport applications and long waits to get in touch with the passport office.

He says the Government is working with the Department of Foreign Affairs and Trade to urgently fix the situation by increasing the number of processing and call centre staff.

Mr Watts went on to say: “This problem was predictable and is the result of the previous government dropping the ball and failing to properly plan for the surge in passport applications when borders re-opened.”