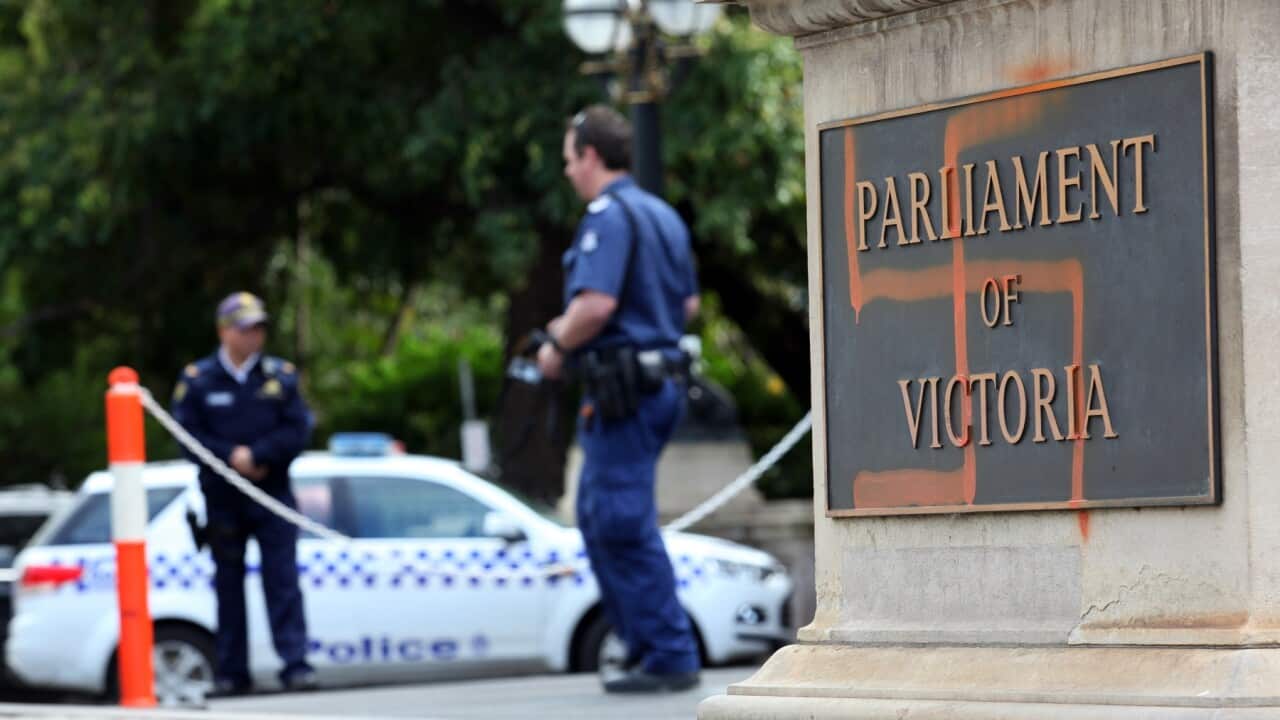 Police inspect graffiti on the front of the Victorian State Parliament Source: AAP

The Victorian government's introduced landmark legislation into parliament to ban the public display of the Nazi swastika. Attorney General said that the Sanskrit swastika symbol is culturally and historically significant to the Buddhist, Hindu and Jain faith communities and will not be affected with introduction of legislation to ban Nazi symbol.

Published 13 May 2022 at 8:56am
By Phillippa Carisbrooke
Presented by Jasdeep Kaur
Source: SBS
Victoria is set to become the first Australian jurisdiction to ban the public display of the Nazi swastika.

The Victorian government has introduced a bill into parliament which would make it a criminal offence for a person to intentionally display the hate symbol in public.

A person who intentionally displays a Nazi swastika in public could be jailed for up to 12 months, fined $22,000 or both.

Advertisement
The Community Security Group has recorded a 38 per cent increase in anti-Semitic incidents across Australia over the past year.

After the successful passage of the bill an education campaign is planned, to inform the public of the distinct difference between the Nazi hate symbol and the similar-looking symbol that's culturally significant to people of the Buddhist, Hindu and Jain faiths.

The Attorney General says the legislation could be widened in the future to encompass other symbols of hate, such as the S-S Lightning Bolts.