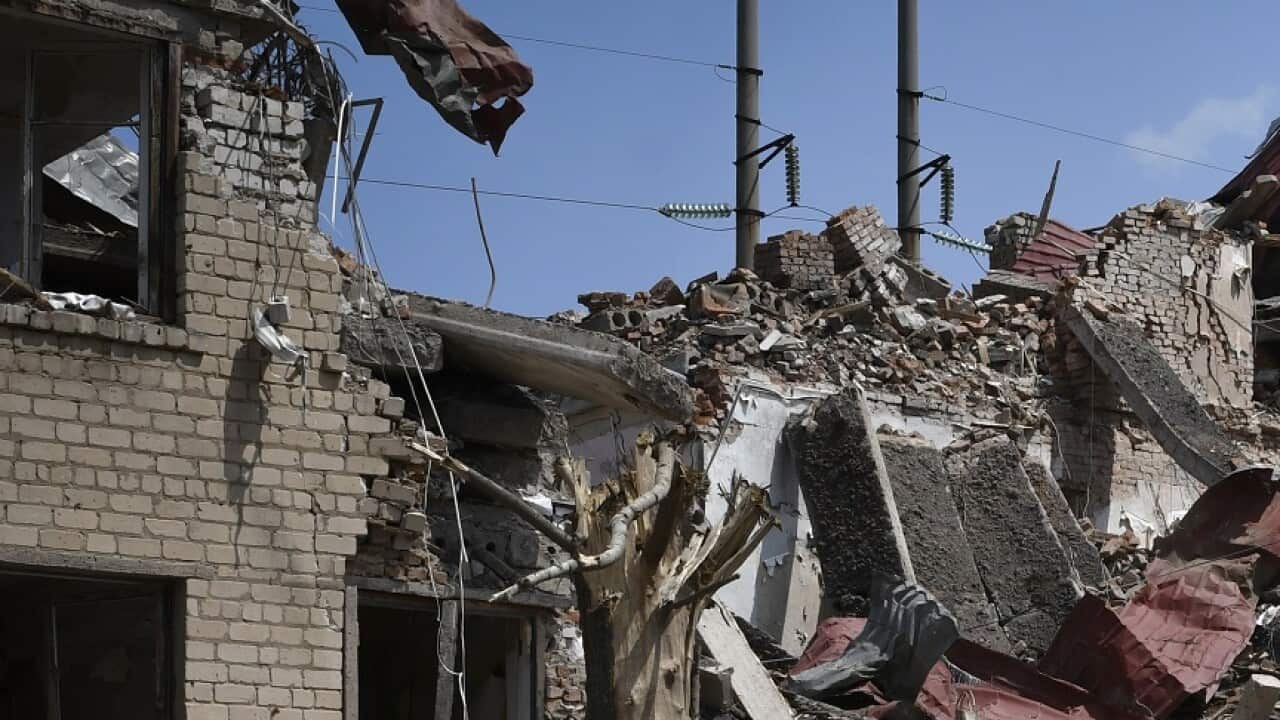 It's been over three months since Russia's President Vladimir Putin ordered forces into Ukraine and the economic fallout from the attack is deepening, with the United States making further moves to sanction Russia.

Published 31 May 2022 at 10:15am
By Stephanie Corsetti
Presented by Harleen Kaur
Source: SBS
Russian forces have gained ground in Donetsk however Ukraine's military is making progress, with the reopening of the underground metro in Kharkiv where civilians sheltered from bombardment.

Almost 4,000 Ukrainian civilians are thought to have died since the start of the conflict in February, based on United Nations figures. About 4,500 have been confirmed as injured - however the true toll could be higher.

91-year-old billionaire financier George Soros is worried Russia's invasion of Ukraine could mark the start of World War three. He says the attack has shaken Europe to its core.

Advertisement
"The European Union had been established to prevent such a thing from happening. Even when the fighting stops, as it eventually must, the situation will never revert to what it was before."

NATO Secretary-General Jens [[yens]] Stoltenberg has added his voice to warnings from the United Nations and aid agencies of the global food crisis arising from the conflict in Ukraine.

He says Ukraine must be allowed to shift grain out of the country.

"First and foremost it's time for President Putin to lift the blockade of Odessa and all the Ukrainian ports to allow grain to be exported out of Ukraine because this is really his responsibility. The war is causing the food shortage and increasing prices - it's not NATO or EU sanctions, it's actually the direct consequence of the war and the Russian blockade."