Previous Next Show Grid
Previous Next Hide Grid
Images
03
1/
03
Video
Audio
The boys of BAP are coming to Melbourne and Sydney in May 2014!
By
SBS PopAsia HQ

BAP are attacking Australia in LIVE ON EARTH in 2014! They've just released this new tour teaser video to get you a little bit more excited... if that is at all physically possible.

Ticket price for both cities -

*Seating plan will be available soon as well

Tickets can be purchased via Ticketmaster (Melbourne) & Big Top (Sydney). 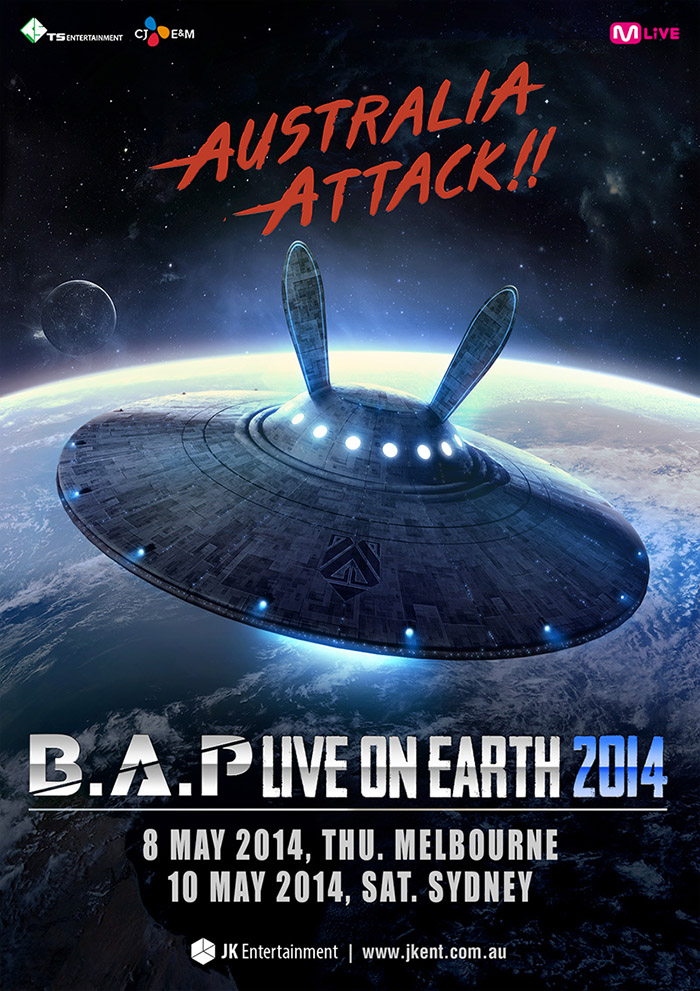