BIGBANG's Taeyang and Daesung have reunited in the military.

The pair are both part of the military's 16th Ground Force Festival, which has released its official event poster that also features actors Go Kyung Po and Joo Won. 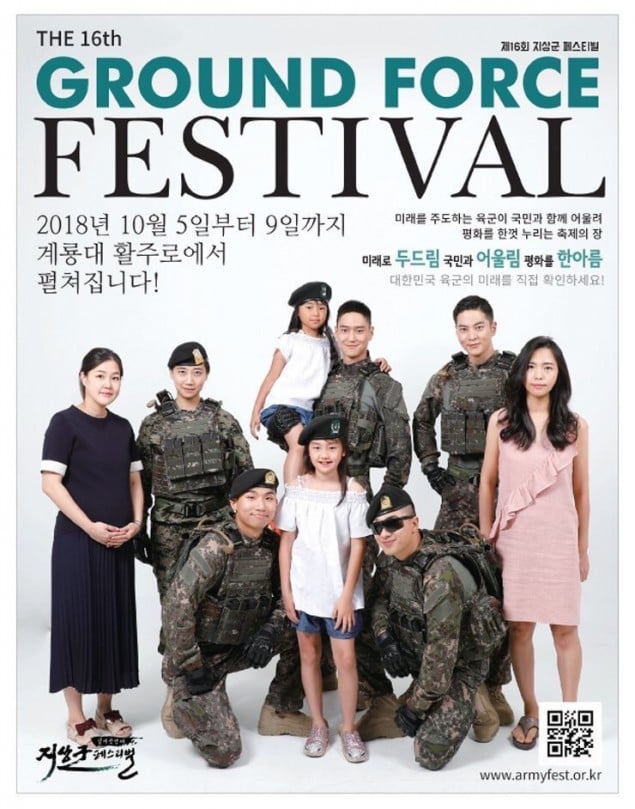 They also appeared in a video promoting a soldier performance of BIGBANG's "Sunset Glow".

The two will also be part of a military radio show on September 20, alongside rapper Beenzino.

FOR MORE
Zico talks about performing in North Korea
He was recently in Pyongyang for the Inter-Korean Summit
Girls' Generation's Yuri to release first solo album
It's coming soon!
19 of this year's must-watch Korean hip-hop/R&B MVs (so far!)
Visuals on visuals on visuals
Play