Melbourne Victory secured their sixth consecutive A-League win with a strong opening 30 minutes paving the way for a 3-2 win over Brisbane Roar, despite Besart Berisha's dismissal, at AAMI Park on Friday night. 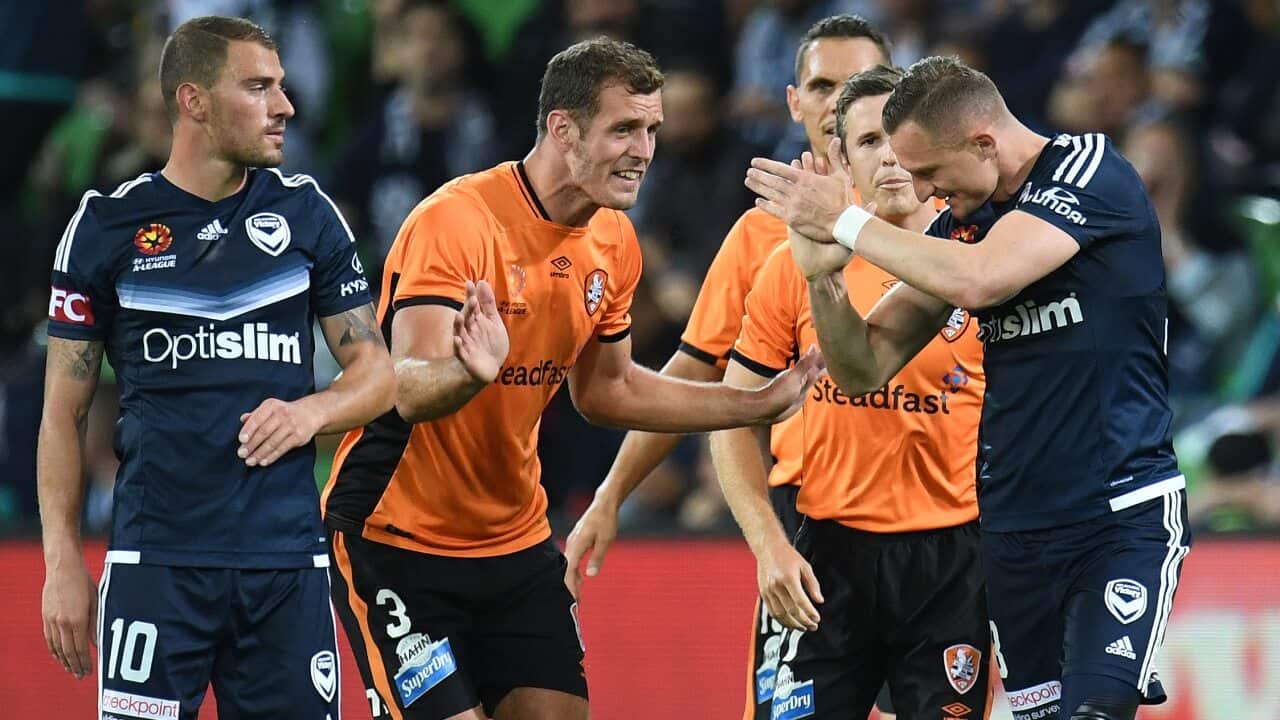 Two goals in five minutes got things going for Kevin Muscat's men, before Berisha's 27th minute penalty gave the Victory what appeared to be an unassailable 3-0 lead.

But in a helter-skelter first-half, the Roar hit back in the 30th minute with Dimitri Petratos producing a scintillating free-kick, and a contender for goal of the A-League season, to cut the home side's advantage.

Just 11 minutes later and Brisbane were back to within a goal of the Victory, with Brandon Borrello's shot resulting in an own goal from James Donachie, against his old side.

Advertisement
Then when Berisha was given a straight red card in the 58th minute for, what appeared to be, innocuous contact on Luke DeVere, the Roar would have fancied their chances of getting a result.

But unfortunately for John Aloisi's side that was close as they would get, as they missed the opportunity to leapfrog Melbourne City into third place on the table.

James Troisi opened the scoring for the three-time A-League champions in the 12th minute with a phenomenal left-footed free-kick from outside the 18-yard box.

Just minutes later, the Victory had their second when star winger Marco Rojas was the beneficiary of a moment of indecisiveness from Brisbane goalkeeper Michael Theo.

The hosts' sublime start to the contest continued soon after through Berisha's penalty, albeit via a contentious decision from referee Chris Beath.

And although the Roar rallied, the Victory's fast start ultimately proved enough.

Victory coach Kevin Muscat said he was staggered by the decision to send Berisha off.

"Bes is really unlucky ... I haven't come across anyone who said it was a red card," Muscat said.

"We were dominating with a clear intent to attack.

Meanwhile, Aloisi, whose winless run at AAMI Park at both Melbourne Heart and Brisbane Roar lengthened to 14 games, said he was pleased with his side's fightback.

"What character we showed and what good football we showed by getting back to the game," Aloisi said.

"The sending off played a little bit in their favour because they defended well after that."