10 years on: Has the A-League changed the Socceroos set-up?

Australia legend Harry Kewell describes it as the best goal of his football career. It was a clumsy goal by the winger’s lofty standards, but a finish that sent a nation into raptures. 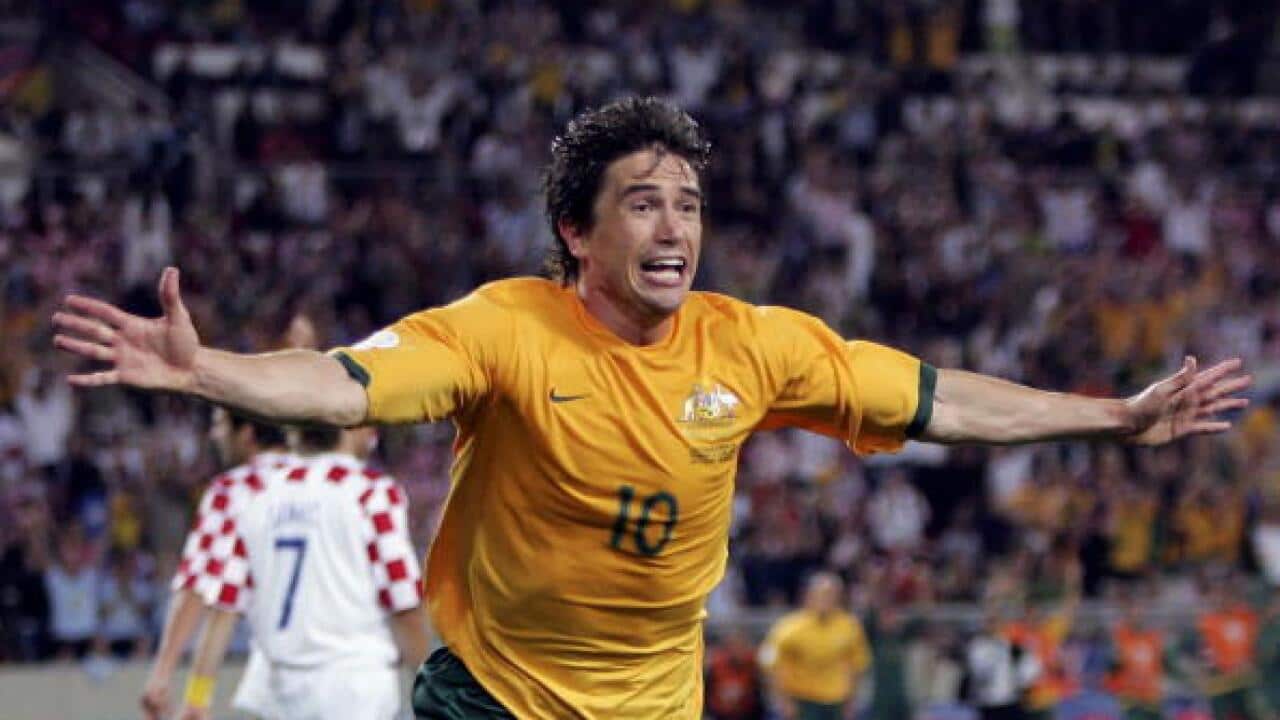 READ MORE
Out with the old, in with Giannou

Trailing 2-1 to Croatia with just minutes to go, Kewell latched-on to a deep cross and steered the ball into the back of the net with his less-favoured right boot.

Advertisement
His strike secured a 2-2 draw and, more importantly, ensured Australia had defeated the odds and marched into Round 16 of the 2006 FIFA World Cup under the stewardship of Guus Hiddink.

► It's been over 10 years now, so how has the introduction of the Hyundai A-League changed the Caltex Socceroos? Will... Posted by SBS The World Game on Wednesday, March 9, 2016

But, 10 years later from this memorable moment and since the introduction and development of the A-League, has the Socceroos squad improved?

Have we seen more home grown talent blossom and break into the national team from the A-League? Are we still boasting as many players in the top European League’s, and how has the sudden rise of Asian football affected our grip on prized possessions?

A decline in England

In comparison to 2006, when there were 11 Aussies in England, it's a big decline.

Most importantly, the majority of those players were regular starters in the Premier League and not fringe or back-up members of the squad.

Mark Schwarzer, Lucas Neill, Tim Cahill, Mark Viduka and Harry Kewell were were at the forefront of Australia’s Golden Generation.

By 2010 the numbers had dramatically declined and now, Federici, Jedinak and Smith carry a heavy burden if they want to try and live up to the legacy left by their predecessors a decade ago.

A drop, then rise in the Europe's big leagues

Across the top tiers in England, Spain, Italy and Germany, once again there has been a decline in the number of Socceroos.

Goalkeeper Mat Ryan has been a shining light when selected for La Liga’s Valencia, while German-based trio Mitchell Langerak, Mathew Leckie and Robbie Kruse have been busy gaining experience.

Along with the England trio and Celtic’s Tom Rogic, the Socceroos have eight players in Europe’s elite divisions.

In 2006 there was a far larger field of 12, but it was four years later when the major blip kicked-in.

Mark Bresciano was going strong having switched Serie A allegiance from Parma to Palermo, but bar the brilliant bold midfielder, the dominance in England had dropped to just Vince Grella, Cahill, Brett Emerton and Schwarzer, making five players in the top European leagues.

That’s three less than the current crop, who have done well to spread their wings.

It’s a development that has only happened over the past six months, but there been a huge increase in the number of Australian players joining teams across Asia, particularly China.

The Chinese Super league is boasting huge wages and attracting top players from all over the world. Cahill’s presence at Shanghai Shenhua, and now Hangzhou Greentown, is a clear example of how football in Asia has grown to overshadow the A-League.

Ten years ago there were no players in Asia and in 2010 just Joshua Kennedy and Mark Milligan were away in Japan.

Now, China-based players represent the largest portion of the Socceroos' national team, alongside England. Not only does the A-League have Europe to compete with when trying to keep hold of rising stars, but China have joined the party without an invitation.

Same old in the A-League

Unfortunately, in a century, there has been no increase in A-League based players within the national team.

From Milligan, Archie Thompson and Michael Beauchamp in 2006 the numbers dropped to two by 2010 through Eugene Galeković and Jason Culina.

Jason Geria, the hotly chased Aaron Mooy, and Josh Risdon stand together as the sole representatives of the A-League now, in what is another heavily depleted team from our home nations league.

And, with Brisbane Roar’s 15-goal front-man Jamie Maclaren left out of the squad, the A-League is clearly still struggling to join forces with the Socceroos.