As Europe’s elite clubs prepare for the business end of the season domestically and in the UEFA Champions League, the administrators are looking ahead to the next campaign and who will be in charge of their expensively assembled squads. 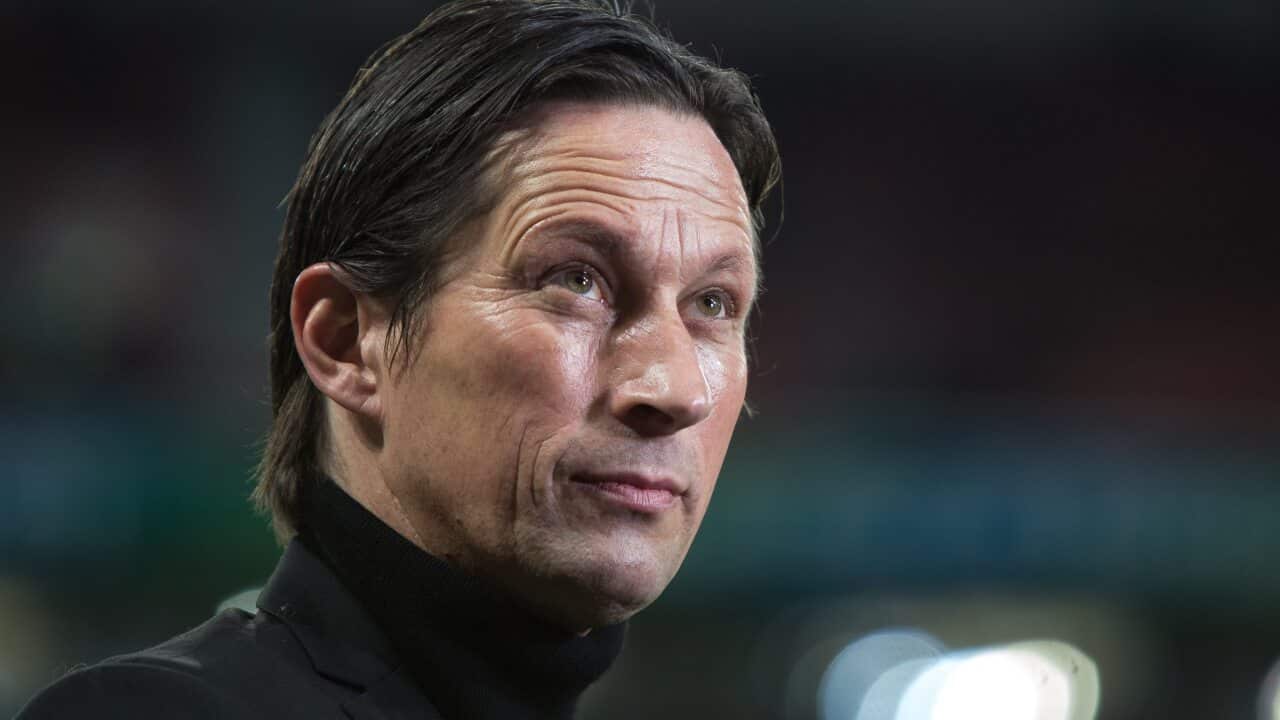 Manchester City have already announced that Pep Guardiola will replace Manuel Pellegrini, while Carlo Ancelotti will step in at Bayern Munich, but there are other big teams like Chelsea, Manchester United and, even, Real Madrid that are likely have new faces on the bench for 2016-2017 too.

Jose Mourinho’s
recent comments
would suggest he will be one, but there are some other names that the top clubs will be considering and signing any of them will open a window for another to make a move.

It’s been said before but it is worth mentioning again, Simeone sides play the way he did when he led the midfield for Atletico, Inter Milan and Argentina. Tough, uncompirisng, tactically intelligent and technically accomplished.

What he has achieved with Atletico alone should make Simeone a contender for any top job in world football. He has won the UEFA Europa League, a Copa Del Rey, appeared in a UEFA Champions League final and most impressively,
fought off the challenge of Madrid and Barcelona to claim a La Liga title
.

What may have prevented him from take a top job so far is Atletico's reputation for winning ugly. Atleti can play entertaining football as well and with greater resources and an even stronger group of players it’s possible that Simenone could produce the kind of football the top teams demand, more often.

Allegri is one of the most tactically versatile and intelligent coaches at the top level of the game today. He made his name in Italy the hard way - working his way up from the lower divisions before showing his worth in Serie A with Cagliari. Considering the basket-case AC Milan has become now, what he achieved at the San Siro (one Serie A title and three top-three finishes) is remarkable.

Juventus were smart enough to realise that his sacking at Milan had nothing to do with his coaching ability and signed him to take over from the highly successful Antonio Conte. Not only did Allegri continue to assert Juve’s domestic dominance, he took them to a UEFA Champions League final as well.

The so far successful stint of Claudio Ranieri, Slaven Bilic and Quique Sanchez Flores in the English Premier League should have alerted club bosses of the importance that tactical acuemen and flexibility plays in today’s EPL. It makes Allegri a prime candidate English clubs and
Chelsea could be the side that moves first
.

Eyebrows were raised when Southampton signed Pochettino to replace Nigel Adkins on England’s South Coast. Yet none of those eyebrows were in Spain, where the Argentine had done a splendid job in charge of Espanyol and become a thorn in the side of the giants through his brilliant matchday tactics.

It didn’t take long for Saints fans to warm to Pochettino as he led the club to safety and followed it up with an impressive season that included notable wins over Liverpool and Chelsea. It got the attention of Tottenham who enticed him to White Hart Lane.

In just his second season in charge of Spurs, Pochettino is leading the club to what could be their best-ever finish in the Premier League era, with a charge at the title a genuine possibility.

Despite being a protege of the all-out attacking guru Marcelo Bielsa, the former Argentina centre-back is more circumspect and prefers a balanced approach. Yet the football his side plays is entertaining and has led to him being linked with a move to Old Trafford, although he stated a desire to coach Real Madrid before the move to England.

The most impressive things about Martinez are
not his dance moves
or that he played with David Zdrilic at Walsall, but that he is only 42 years-old and has nearly a decade of senior coaching under his belt. His work at Wigan Athletic was fantastic, considering the resources of the club. It wasn’t only the football that caught the eye but the results as well, which culminated in an FA Cup triumph.

The move to Everton went swimmingly well at first but the second season proved far more difficult for the Spaniard. The response is what will put him an excellent position to take over at one of Europe’s elite. This season has seen Everton produce the best football in recent memory at Goodison Park, although it's possible Toffees fans can point to other great teams of the past.

What it shows is that Martinez has the capability to learn, adapt and produce when the going gets tough - a pre-requisite for coaching at the highest level.

Schmidt might only have two major trohpies on his coaching CV (an Austrian League and Cup double in 2014) and be a less likely target, but the football his teams play will have alerted Europe’s top clubs to the 48 year-old’s work.

His Red Bull Salzburg side swept all before them domestically with a ruthless high-pressing and no holds barred attacking approach. Even Pep Guardiola was taken aback when Salzburg defeated his Bayern side 3-0 in a mid-season friendly.

German Schmidt has continued to produce an exciting brand of football with Leverkusen, although results haven’t been as impressive as they were with Salzburg. There have been strong, yet ultimately furitless performances in the UEFA Champions League as well.

That might have been enough to prove that Schmidt can compete at the highest level and with a world-class squad could potentially win major titles too.