From ecstasy to agony, happiness to crappiness, glory to grief - we look at the moments when celebrations went horribly wrong. 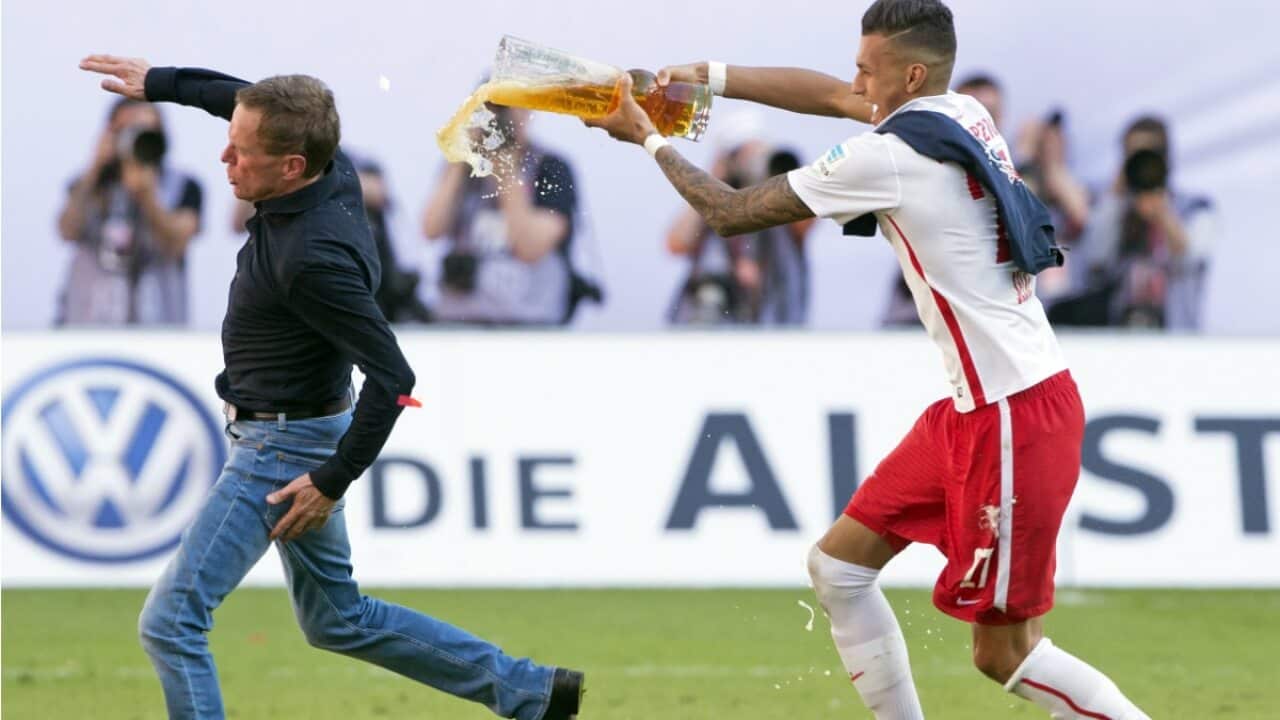 On Monday, RB Leipzig won promotion to the Bundesliga for the first time in their history. Their coach Ralf Rangnick was to be drenched in beer as is tradition in Germany. However as he was being chased by striker Davie Selke he managed to pull a hamstring.

Selke didn't seem to have too much sympathy, commenting after that "he probably didn’t warm up enough!"

You know the story.

A statement from released by the FFA shortly afterward said Lowy had escaped serious injury:
“Mr Lowy received treatment from paramedics on the scene and was cleared of serious injury,’’ the statement read. “He has soreness in his shoulder from the fall, but is otherwise OK.’

If you have a fear of commitment, this won't help

To add insult to injury Diogo was booked for time wasting with his 'celebrations'. Match stewards eventually found his finger, but surgeons were unable to attach it and his finger was amputated. He was still able to play football.

The man they nicknamed 'Crazy' missed the 2002 World Cup when he scored this goal for Villarreal against Levante in the Copa del Rey in 2001. The Argentine broke his tibia and fibula and was out for six months.

It was the 19 year-old's first professional goal and why wouldn't you celebrate with a backflip....

He actually wasn't injured, but a brain scan is definitely required

The Arsenal defender was the unlikely scorer of the winning goal in the 1993 League Cup Final. After the match captain Tony Adams lifted him over his shoulders only for him to go crashing down and break his arm.

The best of the rest

These are brilliant. Enjoy and please celebrate responsibly.