A chance for Italy to blood new talent

Italy, after impressing at EURO 2016, may look to give time to budding up-and-comers during the 2018 FIFA World Cup qualifying rounds as they look to top their group. 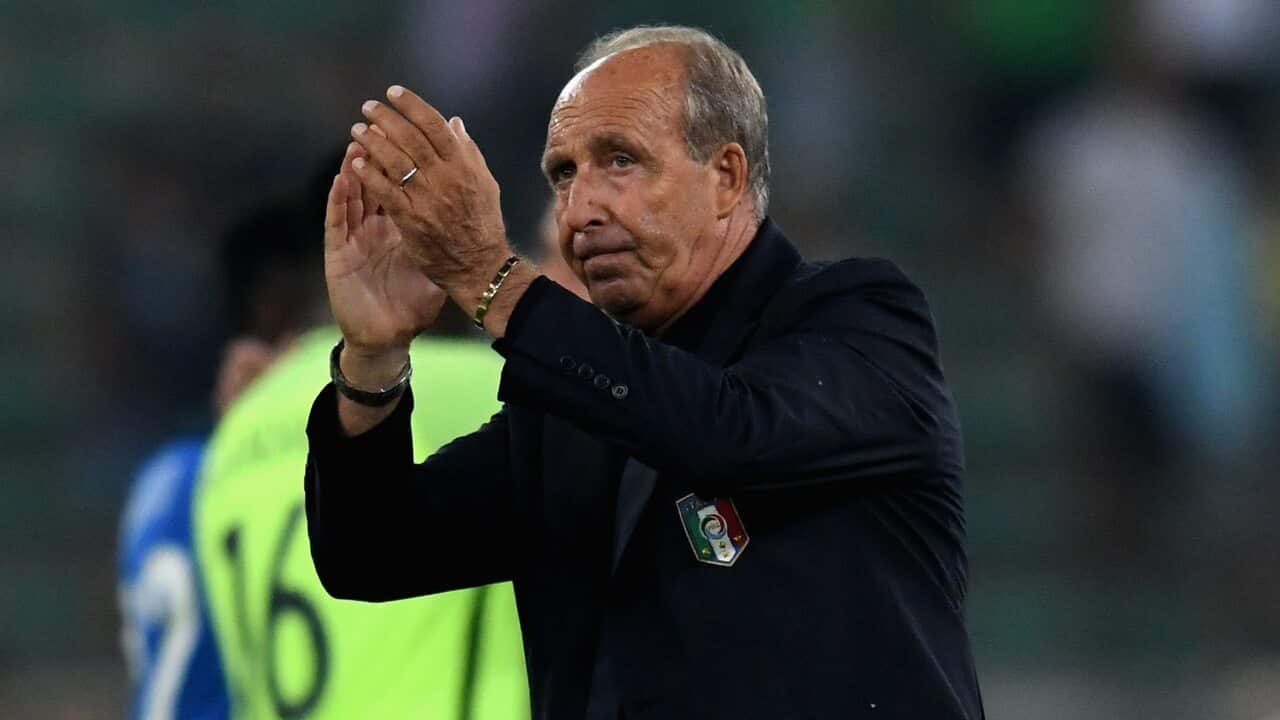 Albania, Macedonia, Israel and Liechtenstein round out the teams in Italy's and Spain’s group and realistically they should not prove to be too much of an obstacle for the Azzurri.

Under new coach Giampiero Ventura, Italy made a strong start with an away win over Israel.

Even more impressive though is the fact that Ventura, not the most inspiring choice as national team boss, was prepared to blood some young players into his squad yet maintain loyalty to a core band of players such as Gigi Buffon, Giorgio Chiellini, Antonio Candreva, Andrea Barzagli and Leonardo Bonucci who have served with distinction and still deserve their place in the transition phase to a new generation.

Advertisement
AC Milan’s 17-year-old goalkeeper Gianluigi Donnarumma was in the squad as a back-up shot stopper to Gigi Buffon but it is widely acknowledged in Italy by the cognoscenti that he will be the successor when the legendary keeper decides to retire.

Some would even say that the sky is the limit for this prodigious once-in-a-lifetime talent who made his senior national debut off the bench in last week’s friendly against France.

Federico Bernardeschi of Fiorentina also made the squad and he is considered by many as one of the most exciting attacking players in Italy.

The 22-year-old will be a vital cog in the Azzurri machine at the next World Cup and needs to be appropriately nurtured over the next two years in the national team structure. Talented and versatile, he is definitely one to watch.

Domenico Berardi of Sassuolo is another 22-year-old who has come to national prominence in the last couple of seasons and he too deserves his chance in the Azzurri shirt.

The opportunities for him to represent Italy at senior level have so far eluded him, but he is a similar player to his near-namesake in Bernardeschi.

Properly nurtured over the next two years, and given a chance to play in the qualifying stages, he will prove to be a valuable player in Russia in 2018.

Defender Alessio Romagnoli, 21, was also in Ventura’s recent squad and he has represented Italy at all junior levels.

What makes him so interesting is that he is a defender who has already caught the eye, so much so that he has been compared to the great Alessandro Nesta.

In many ways Romagnoli was a surprise omission from the EURO 2016 squad after being very impressive last season with AC Milan. Originally a junior with Roma, he made his Serie A debut with the capital city club as a 17-year-old.

After leaving Roma on loan to Sampdoria, he was finally sold to Milan where he is considered the heir apparent to the great defenders at that club.

Franco Baresi, Paolo Maldini, Alessandro Costacurta and Alessandro Nesta may have set the bar for defending very high at Milan but Romagnoli is worthy of wearing those famous colours too.

Andrea Belotti, who turns 23 in December, is a striker for Torino who has already tasted what it is like to wear the famous Azzurri shirt after he also made his debut appearance last week against France.

Ventura was Belotti's coach at Torino and as such his transition to the national team should be somewhat easier than it may be for others. He has been super impressive in the Serie A since making his debut two years ago with Palermo before his eventual transfer to Torino.

Another product from the Torino nursery is the recently turned 22-year-old Marco Benassi. A midfielder of real talent, he is yet to make the senior Azzurri squad even though he has played for Italy at all junior levels and was the Under-21 national team captain.

Benassi, like Belotti, will be no stranger to Ventura his former club coach and, with the right opportunities, will be a valuable addition to Italy’s midfield in two years in Russia.

While it does appear that Italy have an abundance of strikers coming through, another possibility is 20-year-old Alberto Cerri, currently on loan to Serie B outfit SPAL from Juventus.

He too has played for Italy at all junior levels and has tasted the Serie A with Parma before signing with Juventus, who are sure to call him back sooner rather than later. He may be an outsider at this stage but good judges are already noting down his name.