A half-century down, the Divine Ponytail lives on

Roberto Baggio turns 50 today. For those of us of a certain vintage, just close your eyes and remember. 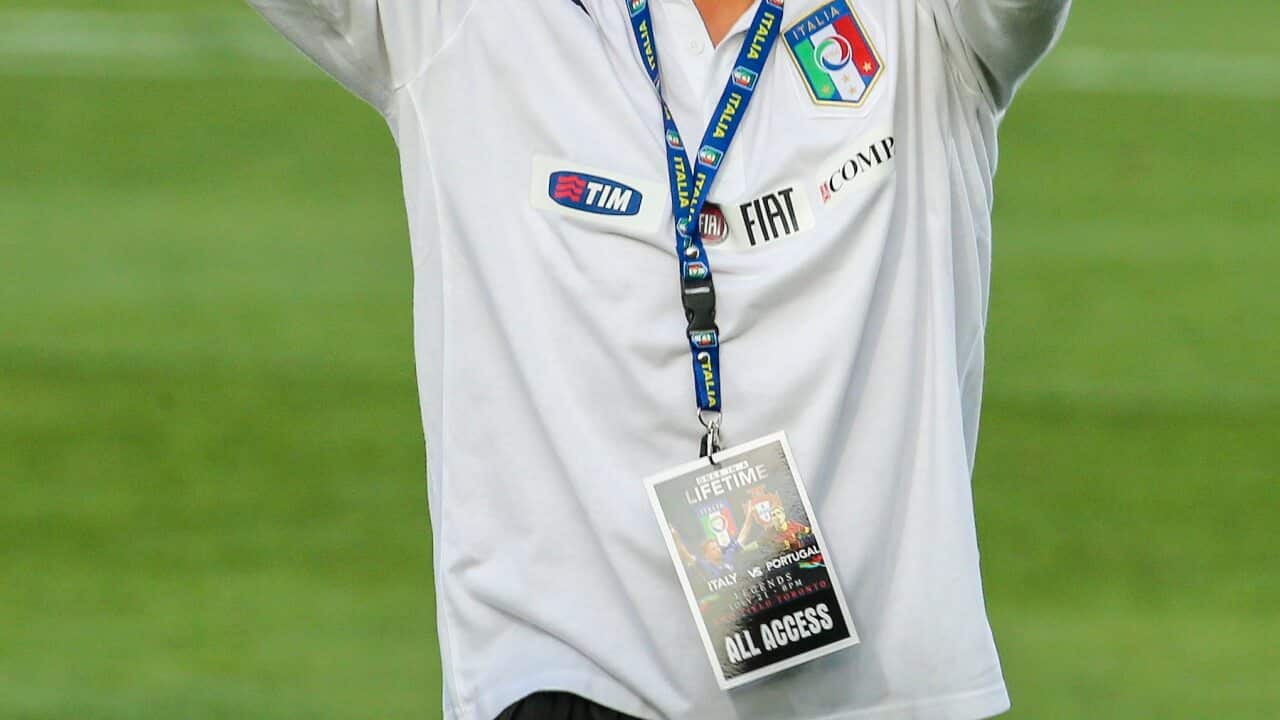 Roberto Baggio back in 2014, prior to an Italy v Portugal Legends game Source: Getty Images

It’s hard to explain, to somebody who didn’t see Baggio play, just how good he was, let alone what position he played, or – my favourite – at which club he played his best football.

Even here in Milan, where he didn’t dominate at AC Milan nor Inter, there is a special reverence for Baggio. Fabio Capello, Arrigo Sacchi and later Marcello Lippi usually get the blamed for that.

This is a legend loved universally.

Advertisement
Ask someone who did watch him play and they’ll most likely need a moment. Not only for nostalgic reasons, but because trying to define Baggio is so tough.

Even his troubles – his knees, unlucky circumstances, that penalty miss – added a charmingly human touch.

Yet when a game needed changing, he would get the ball, then proceed to beat one, probably two, maybe three, and either square to a team-mate in the clear, or finish the job himself.

The best example came at the Italia 1990 World Cup, in the final group stage match against Czecheslovakia. The then-23-year-old received the ball at the half-way line, played a one-two with Giuseppe Giannini, then embarked on a run for the ages.

Sensing the enormity of the moment, John Motson’s octaves matched the crescendo: "It’s still Baggio – and he’s taking them all on! That’s a fantastic goal. That's the goal they've all been waiting for!"

They, of course, were an entire nation. So overwhelmed by the moment – if not his own genius – Baggio collapsed in celebration. Not under his own weight, but of 60 million. He and 'Toto' Schillaci made that summer their own.

So began a love affair. Italy mythologised him, but he became loved by the whole world. Francesco Totti, Alessandro Del Piero and Paolo Maldini were respected but not externally adored.

“If you go around the world and say that you are Italian, trust me, there is always someone who will remind you of Roberto Baggio,” wrote Davide Palligiano in a wonderfully emotional piece for Tuttosport this week.

“Everyone, from 25 years up, saw the magic of the Divine Ponytail.”

His style was truly unique. Brazilian flair met German precision; a mind filled with Buddhist ideals. In later life, he was afforded the Man of Peace award and appointed a Goodwill ambassador by the United Nations.

His choice of clubs, too, made him even more admired. While Del Piero and Totti were loved by the fans of the clubs they represented, Baggio’s career was a personal giro.

A child prodigy at Vicenza, he was an instant sensation – before being struck down by a knee injury that almost ruined his transfer to Fiorentina. They promised to stand by him, and he repaid them with 39 goals and more assists than could be counted.

What happened next reveals the depth of feeling: 50 people were injured in in the rioting that followed his (then world record) £8 million ($13 million) transfer to Juventus in 1990.

He enjoyed more success at the Stadio delle Alpi, scoring twice as many goals as he did in Florence.

But just as his career looked to be winding to a frustrating close, along came Brescia. He would finish so gloriously that any struggles which came before seemed irrelevant.

Each of his four years yielded double-figure goals.

And because this grey-haired, bearded wonder played for an inoffensive minnow, everyone could enjoy his gourmet, slow-cooked performances as the years ticked by.

Baggio’s half-century has been big news in Italy. As the nation is paralysed by a fear of the future and the disbelieving of the present – in football, as much as society, politics and economics – it is natural to reminisce.

He represents somebody who flourished during a period that Italy loves to remember. The “Years of Lead” and depression ended the year he made his debut in 1983.

He seemed to embody the staggering 18% growth in GDP during the late 1980s, which made Italy the world’s fourth most powerful economy by 1991. Truly, he was a man of his time.

“Baggio is all of us Italians,” wrote Palliggiano.

Baggio has made it to 50 years, many of which he lived intensely, the last of which were in a much-chased after shadow, with a few moments of light that have made us tremendously melancholic.

Happy birthday Roby, the champion of us all.