A-League clubs have threatened legal action to ensure they have a greater say in the governance of Australian football amid a pact between the FFA and the state federations designed to freeze the clubs out of the reform process. 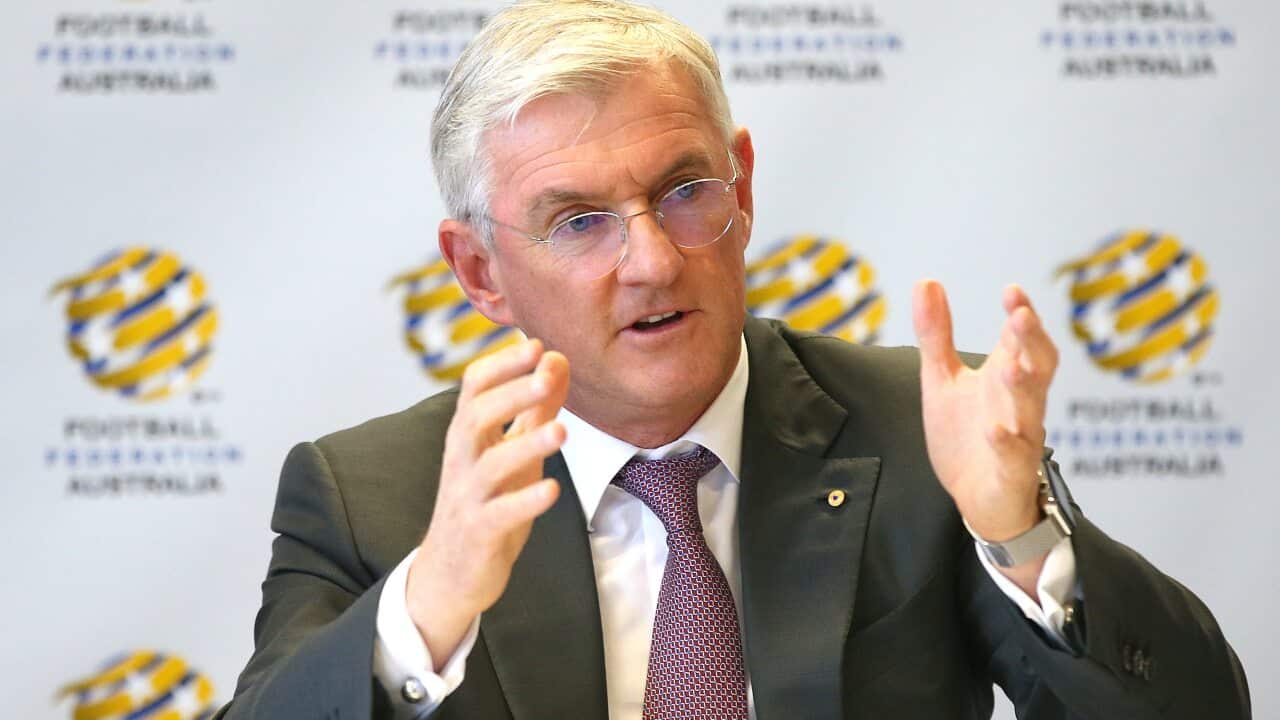 With the FIFA-imposed November 30 deadline over the introduction of an expanded Congress fast looming, the clubs on Sunday threatened a court injunction against the federations.

The legal action will commence should the federations pursue their stated plan to call an extraordinary general meeting (EGM) this month and use their voting block to rubber stamp the 9.4.1.1 model they have agreed upon with FFA.

FIFA will remove chairman Steven Lowy and his board by the end of next month unless consensus can be reached between all stakeholders over the make up of a reconstituted Congress, which has the power to elect FFA boards.

Advertisement
In the light of this latest twist to a drawn out saga, FFA chairman Steven Lowy's grip on power looks ever more tenuous, with regime change the most likely final outcome as FIFA prepares to impose a normalisation committee to guarantee a governance structure which satisfies its statutes.

The clubs, at the vanguard of change along with the PFA, put the federations on notice after one state president told The World Game last week of the plan for an EGM to force through the 9.4.1.1 model, which would leave the states with outright voting power and a 60 per cent share of the numbers.

The clubs and PFA are refusing to budge on 9.5.1.1, which gives them them five votes, with states retaining nine and the PFA and women's game one each.

In a letter from Adelaide United boss and chairman of the Australian Professional Football Club's Association, Greg Griffin, to ACT president and federations figurehead Mark O'Neill, made it clear Griffin believed Lowy was seeking to manipulate the federations, who have already reneged twice on previous accords with the clubs.

The letter, obtained by The World Game, read, in part: "Were any EGM be called to attempt to pass the desired resolutions, that would in our view be legally impermissible ..."

It continued: "The Federations and FFA have made it abundantly clear to all the parties that they will collectively refuse to pass any congressional reform that gives the federations less than 60 per cent of the voting power in the electoral college, as doing so means that the federations can no longer absolutely dictate who is to be elected to the board of FFA.

"To pass resolutions for this purpose is in our view unlawful and ultra vires to the FFA constitution.

"... We will not stand back and permit that to occur. The clubs will exercise their clear legal rights to apply for injunctive relief to prevent the holding of any EGM which has as its purpose the passing of resolutions designed to frustrate the will of FIFA and the AFC."

The letter further warned that the states would most likely have to bare the brunt of financing a court fight, thus providing a significant disincentive to continue down the EGM path.

All of which paints embattled Lowy, who is away on Westfields business, further into a corner.

In a secret letter to FIFA's Head of Member Associations, Nodar Akhalkatsi, on September 22, Lowy
sought the governing body's blessing to proceed with 9.4.1.1 model, despite the fervent opposition of the 10 A-League clubs.

The letter, also obtained by The World Game, said: "It is pleasing that there has been considerable progress made resulting in nine of the ten members reaching the position of supporting a 9.4.1.1 model, communicated to you by Mark O’Neill on behalf of the member Federations on 1 September."

The letter, only belatedly made available to stakeholders, continued: "Since then, the nine member Federations have clearly demonstrated good faith in seeking to reach a unanimous position through their engagement with the A-League clubs and the PFA.

"It is apparent that this has not proved possible and you would appreciate that it was always going to be unlikely.

"To the point, we contemplated throughout and you also noted at the start of the meetings in Sydney (in August) that a 100 per cent outcome may not be forthcoming.

"This eventuality is clearly recognised in corporate governance best practice models and legislation that require special majorities, rather than unanimity amongst members.

"Accordingly, given the circumstances we believe that the appropriate next steps are to concentrate in the time available on finalising the detail of the 9.4.1.1 model.

"It would accordingly be most helpful to the process if you could confirm FIFA’s agreement with the above course of action."

A reply from FIFA secretary general Fatma Samoura four days later reminded Lowy that any agreement on reform had to include all pertinent stakeholders, not just the state federations.

That letter stated: "FIFA and AFC reiterate that the responsibility to reach agreement on a consensual membership model lies with the FFA and the stakeholders (member federations, A-League clubs and PFA).

"However, we remain hopeful that a consensual agreement can be finally reached in the interest of Australian football.

"We therefore encourage the FFA and all stakeholders to make a dedicated effort in bridging the remaining gaps, in order to proceed, as soon as possible, with the adoption of the expanded membership model."