The immediate future of Australia ace Tim Cahill is set to be resolved with the likelihood he will extend his six-month contract with Chinese Super League strugglers Hangzhou Greentown until the end of the season - opening the door for an A-League stint beyond that. 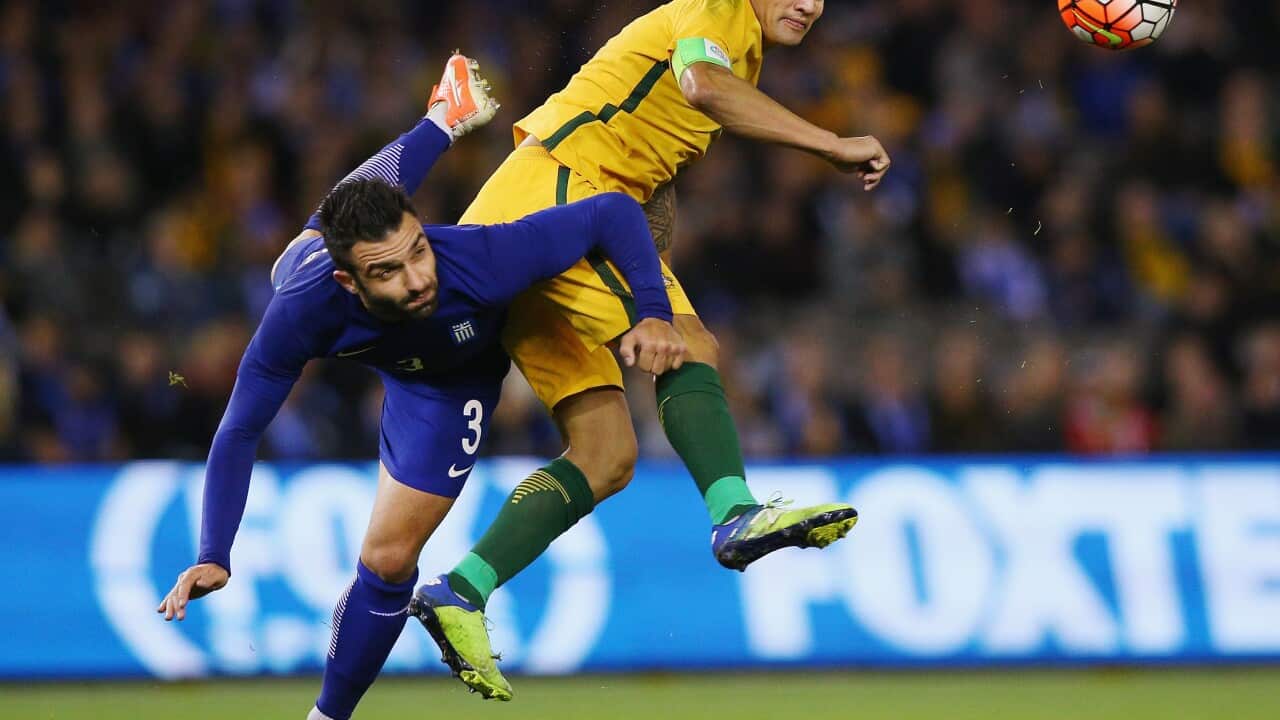 Football Federation Australia CEO David Gallop proclaimed last week that he is “ready to explore” facilitating a homecoming for Cahill, though a club must express a firm interest first.

Advertisement
Cahill, who has scored three goals in nine appearances for a Hangzhou side setting third from bottom on the CSL ladder, has “two or three clubs” in China interested, according to his agent Ante Alilovic, who on Friday flies to Shanghai to talk to the various parties as Cahill’s current contract nears expiration.

Alilovic is confident that 36 year-old Cahill will most likely remain in China for now but that Australia's all-time top scorer “wants to give something back”, which could mean an A-League swansong sooner rather than later - as the clock ticks down on his meritorious career.

“For me, the most likely scenario is that he will probably remain with Hangzhou because they won’t want to let him go,” said Aliliovic, who initially took Cahill to China with Shanghai Shenhua, for whom he scored 12 goals in 28 appearances before being surprisingly shown the door in February.

“But there is interest from elsewhere and there will be talks when I arrive in China concerning Tim’s future.”

Gallop met with Cahill - who is now on holidays in the Bahamas - during Australia’s recent two-game series against Greece to try and reassure him he is wanted on home soil after the pair fell out in February when Gallop said the local competition “didn’t meet Cahill’s needs”.

He recently met Cahill to patch up their relationship, saying the governing body is “ready to explore” what it will take to get the Socceroos veteran playing in the A-League.

READ MORE
Who will score the Socceroos' goals when Cahill's done?

A conciliatory Gallop reiterated last week:  “We are ready to explore the opportunity of him playing in the A-League, including looking at the off the-field activities that Tim is so passionate about including his academy program and other grassroots initiatives.

“Tim and I had a chance to catch up in Sydney. Firstly, it was a chance for me to reiterate that it would be fantastic to have Tim playing in the Hyundai A-League.

"Of course, that would require a club to take the lead in signing Tim, a process that FFA would support in any way we can.

“Whatever decision he next takes he told me the door is not closed to the Hyundai A-League and won’t be while ever he is still playing football.”

Cahill, in turn, responded: I’ve never closed the door on the A-League. “It’s obvious that there never has been any contact with me ... I never had a phone call.

“I’m very close with a lot of people in the league, but I can’t press the button on anything.

“I think it’s going to be left down to the big boss man of the league to decide what he wants to do.”