A-League season preview: Can Melbourne City live up to the hype?

A massive off season shopping spree has nabbed Melbourne City Australia legend Tim Cahill and a bevy of other star players, but will it bring the big spending club success? 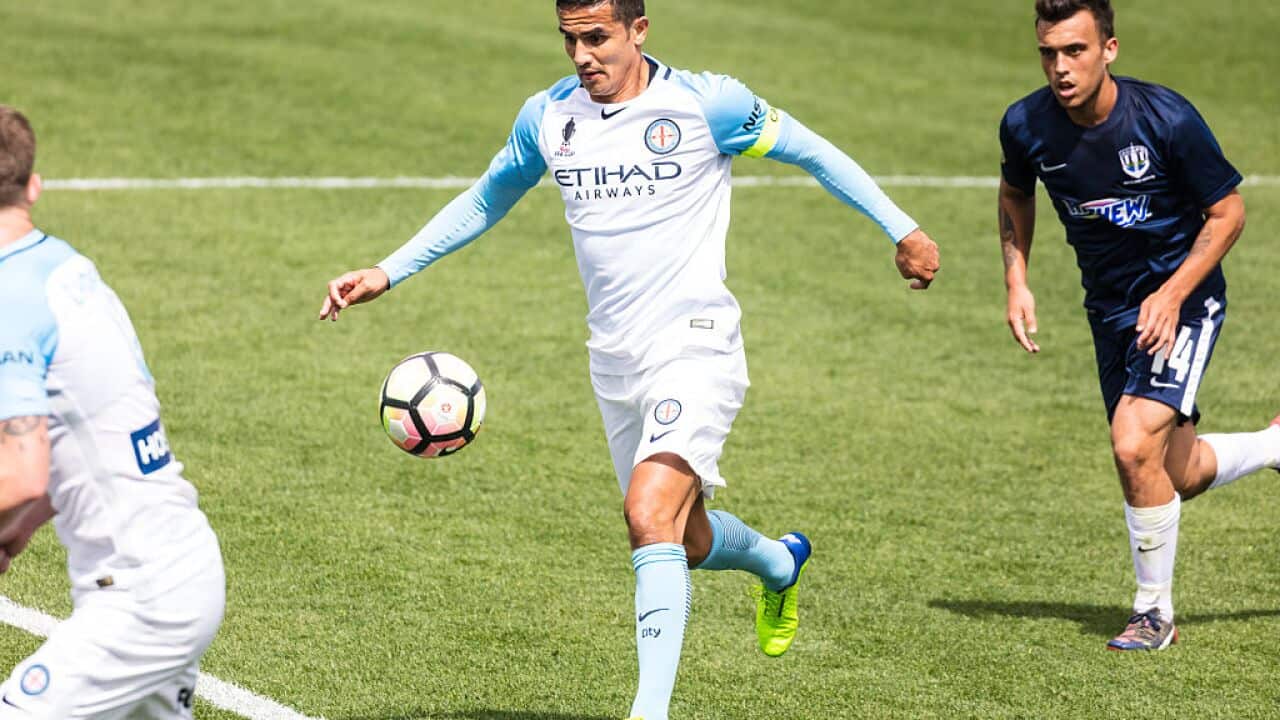 The signing of Cahill was the big story of the A-League off season and the pressure will be on the former Premier League player to perform.

However, the hype around Cahill and City's supercharged attack hides the fact John van't Schip's team has had more than it's fair share of player turnover in between seasons.

A total of twelve players have left the club while another 12 have made the move to City.

The dutch coach will have a challenge on his hand to build team chemistry in only a short period of time.

Defence is another area of concern for Melbourne City.

On paper this year's defensive unit is weaker than last season's which was the competition's third worst conceeding a whopping 44 goals.

City will need to match or better their league leading 63 goals scored if they are to take out they title this season.

With the arsenal they have at their disposal there is a very good chance they could.

Coach says: "We've been making good progression but in that progression we missed trophies. This club is ready and I think we have the team to achieve that."

Star man Tim Cahill says: "We have a lot of players that have all signed for a minimum of two years ... we're going on a journey now together to try and win something."

Expert View: Van 't Schip has stacked his deck towards his attack, with much depending on how Tim Cahill and Bruno Fornaroli gel. But perhaps more important is new Danish centre-back Michael Jakobsen. If the key defender goes down, City look short down back. But can anyone stop last year's golden boot winner and the all-time Socceroos leading scorer?