The senseless afternoon scheduling of A-League matches and the escalation of systematic fouling are harming the image of the competition as it battles to win the hearts and minds of more supporters. 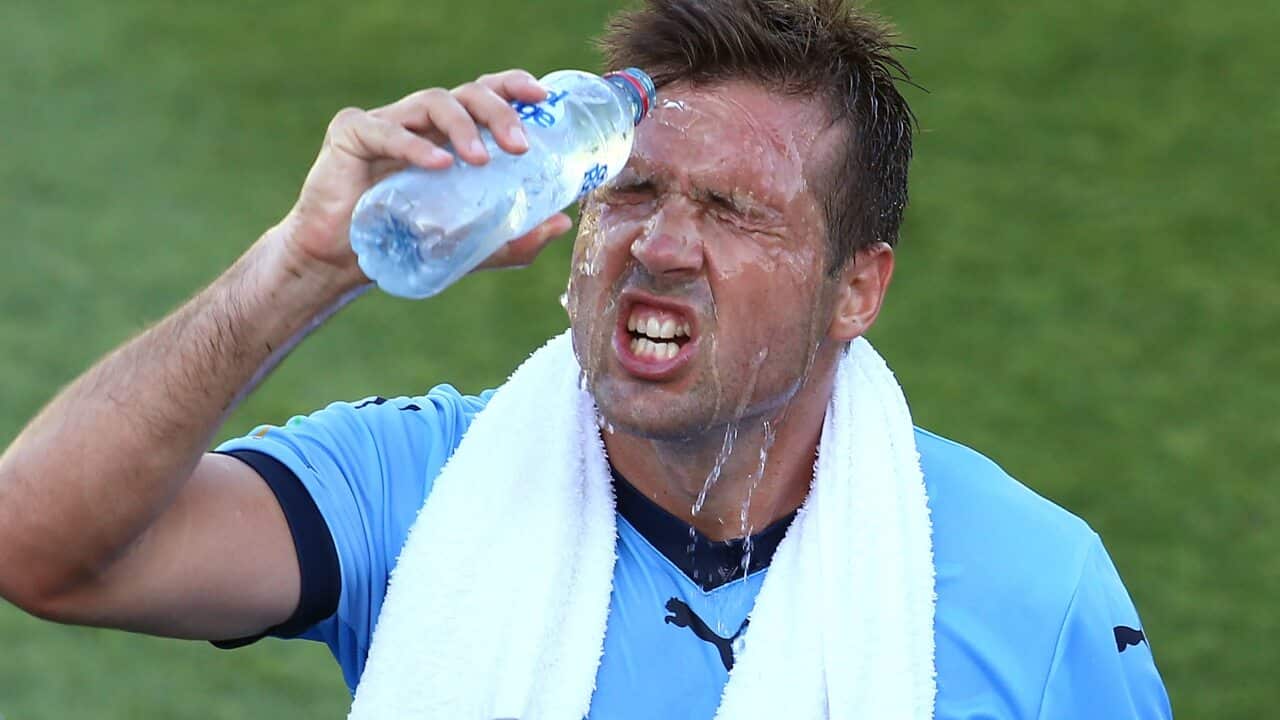 Devoid as it is of genuine marquee stars capable of lifting its appeal and entertainment value, the A-League is being hijacked by television executives who want teams to play in unbearable heat and by unruly elements that are targeting quality players.

Sydney FC coach Graham Arnold has complained about his players being asked to play in high temperatures that make good football impossible and others have slammed the tactics designed to stifle the life out of the creative players, the men who have the ability to do something special with the ball at their feet and thrill the crowds.

Arnold asked after the insipid 0-0 draw at Perth Glory that kicked off at 4.30pm local time if it would take "somebody to die" before authorities realised the lunacy of playing football in 34 degree temperatures.

Advertisement
Football Federation Australia would not admit it but their hands are tied by Fox Sports' requirements.

The game's main broadcasters have invested a lot of money in football and would be perfectly entitled to dictate the A-League's kickoff times.

Fox would have been reluctant to push back the kickoff of the Perth game on Saturday because viewers could have stopped watching if there was too big a gap between the first and second games of the day.

Well, I reckon many viewers would have been put off by the walking-pace football shown in the first half and wandered off anyway.

Central Coast Mariners versus Western Sydney Wanderers in Gosford at 5pm on Sunday is not looking too promising.

I would have no idea of the mechanics of television but as a football fan I will not be too keen on a match played in stifling temperatures in which players from both sides can hardly breathe properly, let alone generate any sort of pace.

Needless to say, the game as a spectacle suffers greatly in such cases. Television needs to acknowledge this.

Meanwhile, Brisbane Roar's John Aloisi is the latest coach to lambast the so-called negative tactics when he let fly after the clash with Melbourne City.

The game featuring top versus bottom in terms of yellow or red cards ended in a 1-1 draw that frustrated Aloisi.

Yet he was more angered by City's alleged cynical approach than by his side's failure to secure three home points.

"We're trying to grow the game in this country and they go and play anti-football like that," Aloisi said.

"It's disappointing. It destroys the good football we want to see."

Newcastle Jets and City are the teams that have conceded most cards (24) this season while Roar's tally of eight is the lowest.

Coaches sometimes come up with all sorts of excuses for their team's failure to win so you always take their comments particularly in post-match interviews with a pinch of salt.

However Aloisi has a point and his view is by no means isolated.

Arnold and his Melbourne Victory counterpart Kevin Muscat have also voiced their alarm at the growing trend of spoiling tactics.

Roar playmaker Thomas Broich is the most fouled player in the competition but other stars like Corona, Guilherme Finkler, Fahid Ben Khalfallah, Sergio Cirio, Marcelo Carrusca, Aaron Mooy, Milos Ninkovic, Fabio Ferreira and Michael McGlinchey would not be immune from the hackers.

It is a difficult scenario. Coaches after all are paid to devise ways and means of winning matches and sometimes this entails eliminating the major threat from the opposition, whether it is an individual or turning the game into a stop-start affair to stop the opposition from gaining any momentum.

I once asked former national technical director Han Berger how confident he was that A-League coaches would take up his recommendation and adopt a unified tactical approach based on 4-3-3 that better suits the development of our young players.

"Not at all," he said, presumably because coaches will always place more importance on what's best for their own club not the overall game in Australia.

Get the drift. The situation with spoiling tactics is similar.

A solution might be to take the matter out of the coaches' and players' hands.

Referees should be urged to be smarter and be on the ball with what's happening on the pitch and the league should come down harder on serial offenders.

It certainly is a problem but it can be lessened by using a strong arm.

Referees should be encouraged not to (a) wait too long before dishing out cards, forcing offenders to be more careful with their tackling for the rest of the match and (b) reduce 'team fouls' which means offenders take it in turns to foul a given star so no one can be pulled up for persistent fouling.

A one-match suspension after two yellow cards instead of five also might be the way to go.

The A-League should take heart from the mild success of its bold stance on simulation.

Diving has not been completed eliminated but it became less conspicuous after the threat of video evidence left players with nowhere to hide and made many think twice before taking a dive.

This systematic fouling disease needs to be nipped in the bud because it could so easily become an epidemic.

And while we're at it, let's do away with the insane kickoff times in the middle of a hot Australian summer.