As if Japan and the Korea Republic are not tough enough opponents for the cash-strapped Australian clubs, the A-League's elite will have to deal with a new major player on the Asian scene when they take part in this year's AFC Champions League. 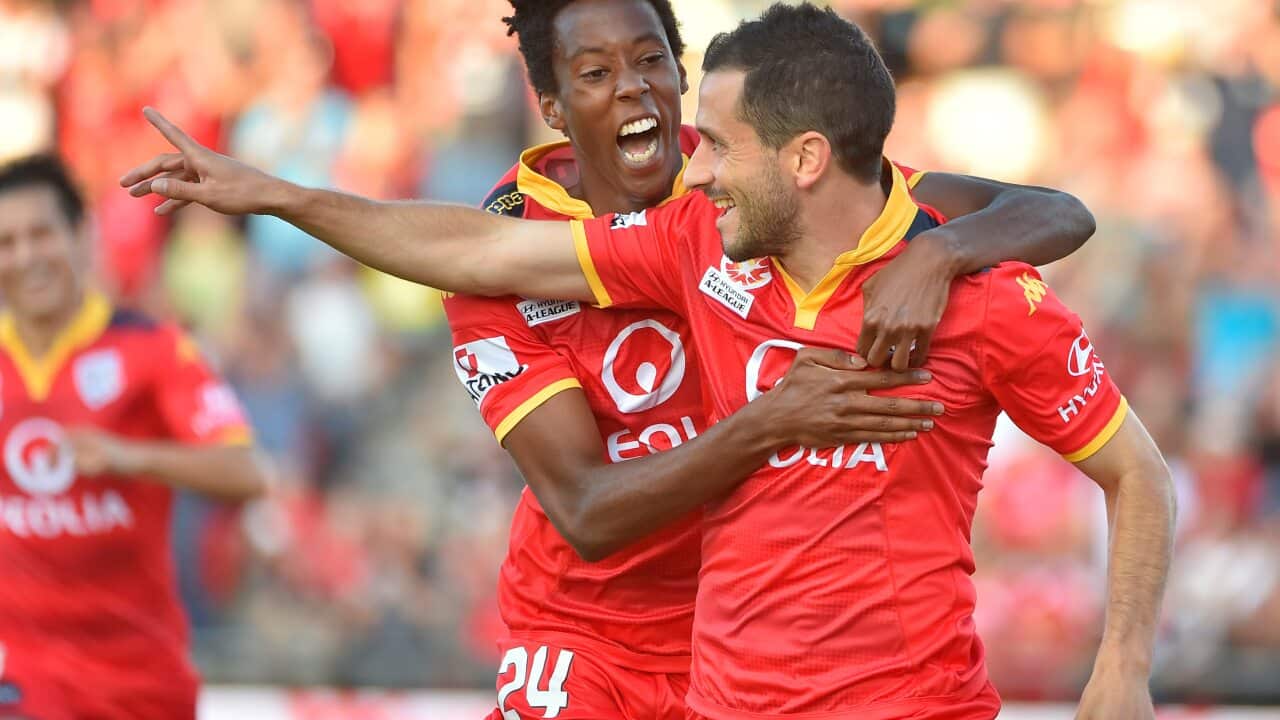 Sergio Cirio is one of Adelaide's most potent weapons Source: AAP

The cream of the A-League have made steady progress since Sydney FC became the first Australian club to face Asia's finest in 2007.

The Sky Blues narrowly failed to survive the group phase but Aurelio Vidmar's Adelaide United sprang a surprise by storming into the 2008 final before running into Japan's Gamba Osaka.

The ACL generally has been a hard nut to crack for Australian clubs and their limited squads.

And it is not going to get any easier because Asia has been put on notice by the economic might of the Chinese Super League, which is seen as the game's new 'El Dorado'.

China, which has the world's highest population, revealed its fierce determination to become the leading football nation in Asia when Guangzhou Evergrande invested heavily in foreign stars and big-name coaches to win two ACL titles in the last three years.

Evergrande are also showing, rather ominously, that they are not willing to rest on their laurels and at the weekend they completed the transfer of Colombian star Jackson Martinez from Atletico Madrid for an equivalent of a staggering $65 million.

Evergrande were not the only Chinese club to flex their financial muscle in January's transfer window.

Shandong Luneng obtained the signature of defender Gil from Corinthians for $16 million while Hebei Fortune shelled out $19 million for Roma's attacking midfielder Gervinho.

Adelaide, Sydney and Melbourne Victory are Australia's representatives in the 2016 ACL.

Sydney and Melbourne have qualified automatically for the 32-team competition but the Reds must negotiate a single-game playoff to join them.

Guillermo Amor's side will have a better idea of China's renewed stature when they face none other than Shandong at Coopers Stadium on Tuesday night.

Shandong and their famous Brazilian coach Mano Menezes arrived in Australia on a charter flight on Sunday and will be anxious not to lose the playoff against a team that is in full season and unbeaten in 10 matches.

Shandong, who are understood to have bought 3000 tickets to be distributed among local Chinese fans, are in pre-season as the Super League kicks off in March.

Amor rested some of his best players for the weekend league match with Sydney FC and midfield star Marcelo Carrusca only came on in the last 28 minutes as both teams settled for a 2-2 draw.

Wing wizard Sergio Cirio seems to have recovered from injury and he scored twice against Sydney before being replaced on 64 minutes.

Amor's selection policy shows that the Reds, in keeping with their strong reputation in the ACL, are serious about the impending challenge.

The Wanderers' extraordinary achievement in winning the title 15 months ago will have encouraged other Australian clubs to treat the ACL with courage and an open mind.

It will have shown other A-League clubs that with self-belief and the right tactics no mountain peak is unreachable.

The 2014 quarter-final between Guangzhou and the Wanderers provided a classic example of how a 'lesser' team can beat a supposedly stronger side.

Evergrande went into the tie with FIFA World Cup-winning coach Marcello Lippi at the helm and a set of foreign stars who between them earned more than the whole Wanderers squad.

Evergrande were hot favourites but it was Popovic's choice of tactics and his players' adherence to the game plan and their stoic refusal to be beaten that won the day.

The Wanderers went through on away goals after winning 1-0 in Parramatta and losing 2-1 in Guangzhou.

Sydney will face Evergrande, Japan's Urawa Red Diamonds and the winners of a playoff between China's Shanghai SIPG and Thailand's Muangthong United in Group H.

It will be difficult again for the A-League's trio to leave their mark on the competition yet. Whichever way you look at it, China looms large as the new force in Asian football.

It's another stiff challenge on the horizon for Australia yet A-League clubs would not want it any other way.

That's why Australia quit Oceania, after all.