A-League's finest should not fret over Asia anymore

Australia's top teams can once and for all shed their inhibitions about facing Asia's elite in the AFC Champions League. 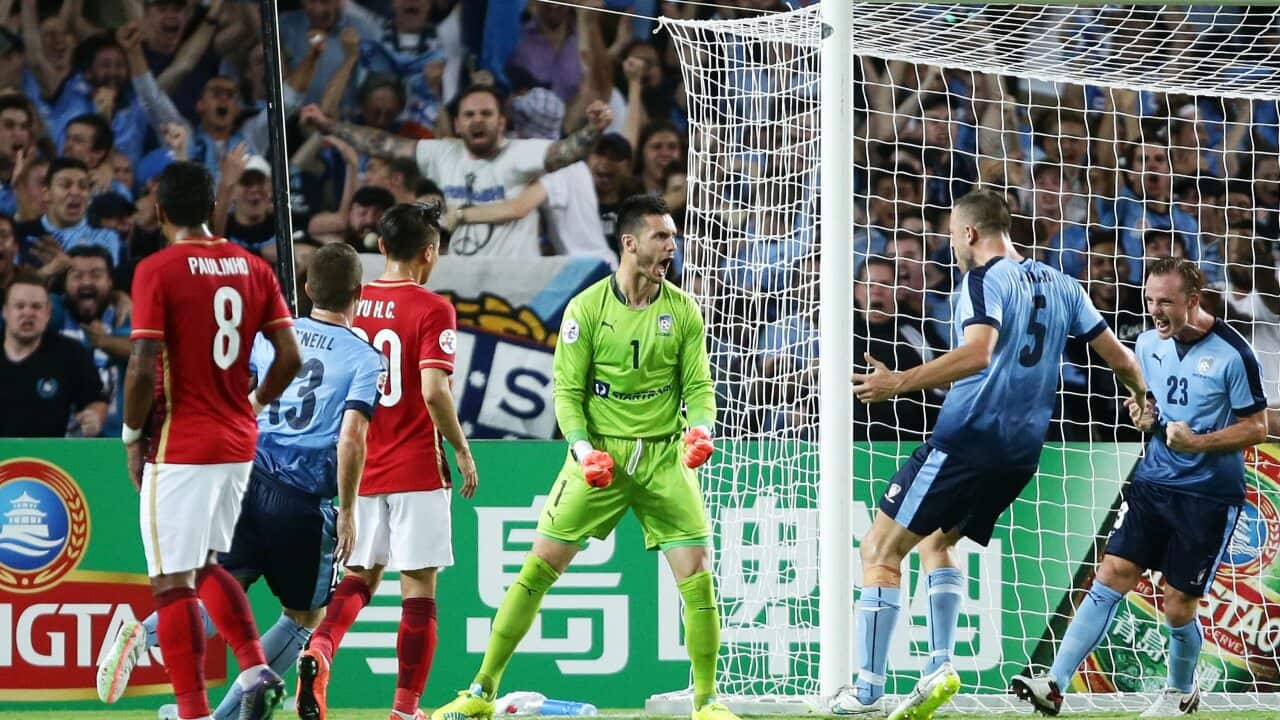 After a promising start to this year's ACL competition the message is loud and clear: it's about time we stop fretting over Asia's big guns and let them worry about us, for a change.

The mega teams of China, Japan and the Korea Republic have the financial resources to acquire the services of top players from Europe and South America while A-League clubs have to make do with limited squads due largely to the salary cap's restrictions.

Advertisement
But Melbourne Victory and Sydney FC have shown that Australian teams can offset the might of Asia's creme de la creme by devising a proper game plan and sticking to it.

And making the most of the old fashioned Aussie fighting spirit.

A-League teams have suffered some humiliating defeats since they started competing in the blue riband event of Asian club football.

The technical gap was huge in some cases but Australia's clubs have improved out of sight after a laborious and painful 'apprenticeship'.

Western Sydney Wanderers showed A-League clubs do not have to be scared anymore of Asia's rich clubs because they are now experienced enough to do themselves justice if they play to their strengths as a team and with the right temperament.

A team of champions will always struggle to beat a champion team, after all.

The Wanderers covered themselves in glory by winning the 2014 title against all the odds, beating Saudi Arabia's Al Hilal in the final and Chinese giants Guangzhou Evergrande along the way.

The Wanderers' stunning triumph less than 18 months ago seems to have had a galvanising effect on Victory and Sydney because the 'Big Blue' partners have put themselves in a strong position to challenge for a spot in the knockout phase for the first time.

Victory beat China's Shanghai SIPG 2-1 and drew 1-1 with Japan's Gamba Osaka in Group G and they did this by going into both matches with an open and fearless mentality.

Kevin Muscat's side refused to be overawed by the big names in Shanghai's and Gamba's line-up and their diligent tactics earned them four valuable points and plenty of plaudits.

But the team more than made up for that defeat by overcoming holders Guangzhou 2-1.

Sydney produced a complete performance and Guangzhou's Brazilian World Cup-winning coach Luiz Felipe Scolari, whom Arnold regards as 'football royalty', was magnanimous enough to admit the Sky Blues were the better team and deserved their success that made headlines across Asia.

Australian clubs usually are forced to fall back on those traditional qualities of grit and aggression when it comes to facing the best of Asia.

So it must have been doubly satisfying for Arnold and his players to be able to record a famous victory that had pure individual and collective skill as its foundations.

Match-hardened Sydney were expected to be physically better prepared than Guangzhou, who only kicked off their Super League campaign at the weekend.

Arnold's choice of tactics also proved too much for Scolari who admitted his team could never get going because Sydney's attack generally prevented Guangzhou from playing out from defence they way they wanted to.

But it was Sydney's superior individual skill, where Mikael Tavares was immense in his holding midfielder's role and David Carney a constant threat in attack, that came as a surprise.

That is something when you consider the quality of the opposition that had as its spearhead $65 million man Jackson Martinez, who only a few weeks ago was on the books of Atletico Madrid.

Victory and Sydney, especially Muscat and Arnold, have every reason to feel that they now can take on the best Asia has to offer with a reasonable chance of realising the club's ambition of reaching the knockout phase of the competition.

Of course, it is still early days and anything can happen from now to match day six, when most east Asian countries' leagues will be in full swing.

But the encouraging events of the last two weeks have shown once again that there is more to winning matches than going shopping for players.

It helps, of course, to be able to acquire some of the finest footballers money can buy and have a set of bench players who can walk into most other sides' starting line-ups.

But there is no substitute for commitment, team spirit and a determination to fight till you drop.

Melbourne Victory and Sydney FC have proven this ... and it did not cost them a single cent.