A-League's oldest player plans to play on next season

The A-League's oldest player, 40-year-old Perth Glory goalkeeper Ante Covic, said he remained open-minded about playing again next season and that he believed his future would work itself out in due course. 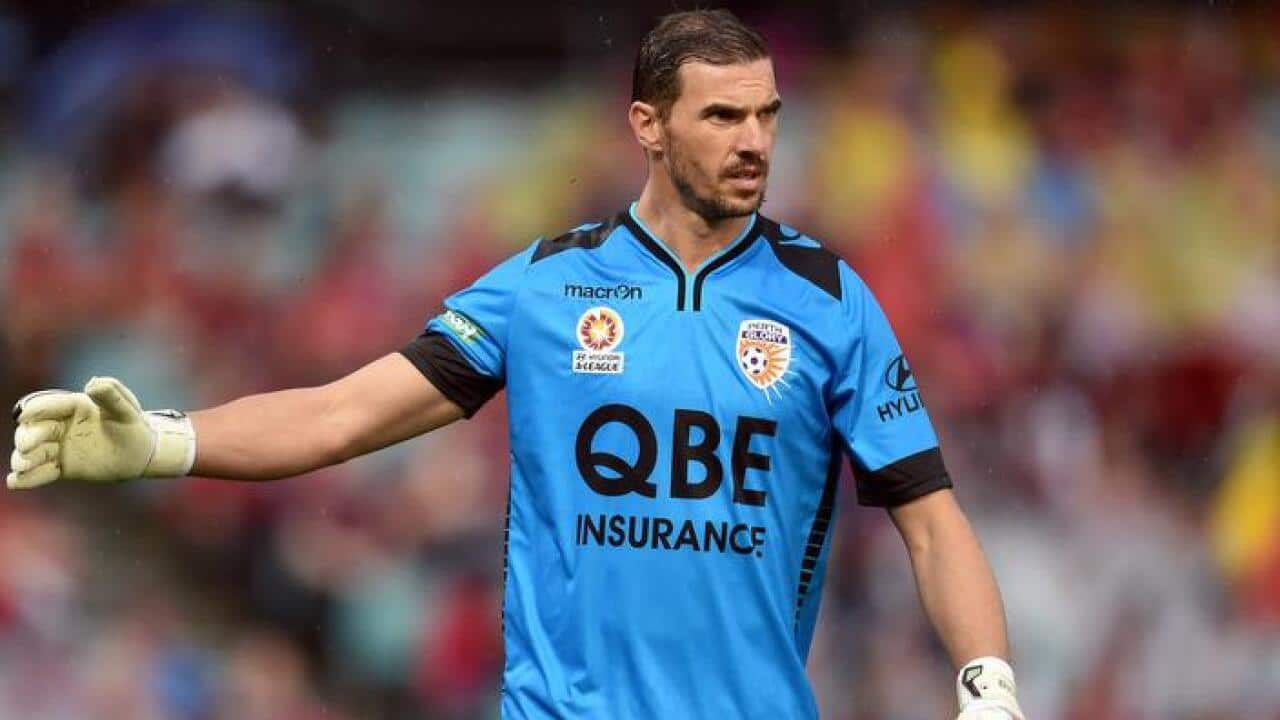 Covic appeared to provide a hint of possible retirement last weekend, when he was joined on the field by his two children at the end of Perth's game against his old club, Western Sydney Wanderers, at Pirtek Stadium and quietly acknowledged the cheers of the crowd from all sides of the ground.

Glory won't play at Pirtek again this season unless they make the finals and are drawn to meet Wanderers there.

Covic was cut by Wanderers at the end of last season, after three very successful years for him there that were highlighted by his having been named most valuable player of the tournament when the club won the 2014 AFC Asian Champions League.

"As soon as I went to get the kids, the people were clapping and it just came down to mutual respect. It's my first year away from the club and, like I said, I achieved a lot there and I've got no ill feelings towards the fans, who obviously still view me as an integral part of the club.

"If I keep on playing past this season that sort of (connection) thing will die down a bit, but it's nice to feel appreciated and for it to be recognised that you pulled your weight and gave your blood, sweat and tears for a club you were previously at.

"But as much as I love those fans I'm disappointed Perth Glory didn't get the three points in that game because that's my first priority now, but it's nice to have a bit of respect."

Covic said he had learned from experience not to make assumptions about his future and that he would see how the closing stages of this season panned out first.

"Oh yeah, look, so many things have twisted and turned in my career and you just never know for sure what's going to happen," he said.

The World Game approached Perth CEO Peter Filopoulos for an indication of what the club was thinking about Covic and the future.

Filopoulos replied: "Not much to report at present. We will commence discussions with Ante in the not too distant future."

Perth, which lost goalkeeper Danny Vukovic to Victory at the end of last season, signed Covic to a one-year deal and the veteran has done an excellent job.

Glory will aim to continue making a run at the top six when they play Newcastle Jets at nib Stadium on Monday night. They began this round just two points behind each of the fifth and six-placed teams - Victory and Sydney FC.

"We've got two straight home games coming up and the results will be very important for us," Covic said.  "We're still right in this competition with six games left.

"Anything can happen. Those two teams immediately ahead of us have got tough schedules with the Asian Champions League on top of the A-League.

"Everyone wrote us off five or six weeks ago, giving us no hope, but we're right there now. We've got a lot to play for in the next few weeks."