A tribute to a true great of the game: Johan Cruyff

Everyone in football has cause to mourn the passing of Johan Cruyff. 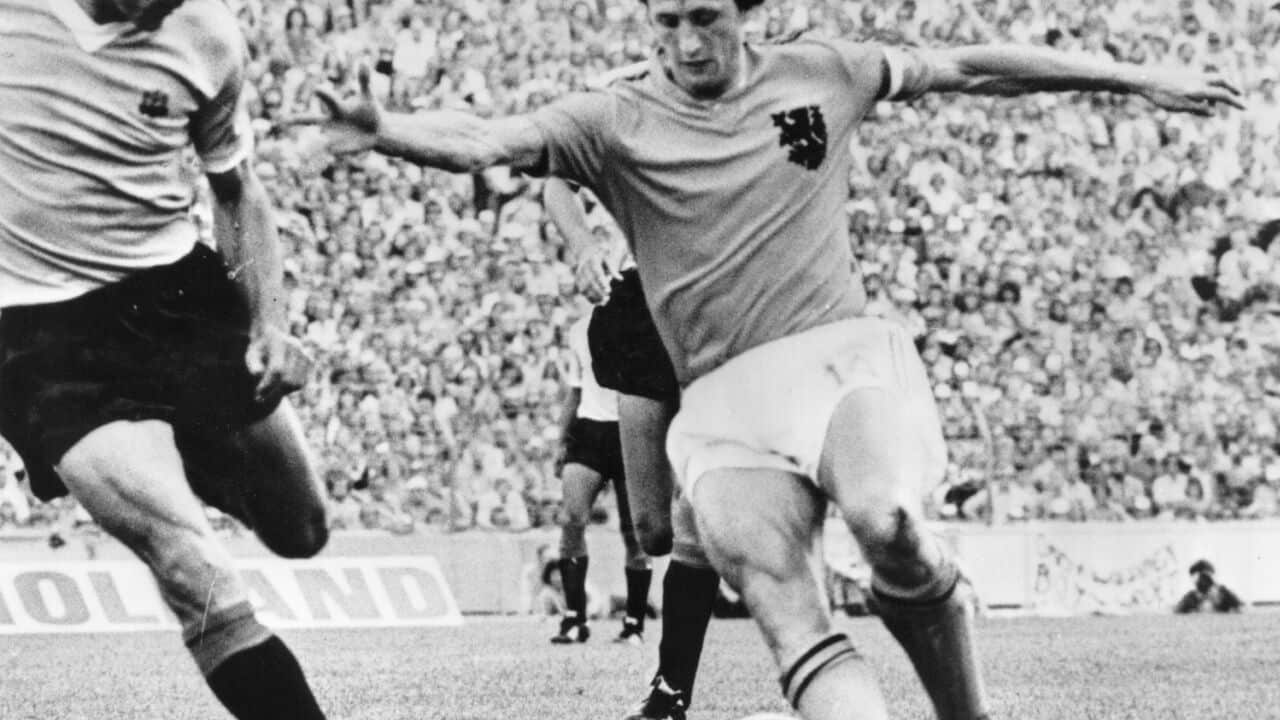 Johan Cruyff in action for the Netherlands against Uruguay in July 1974 Source: Getty Images

Players will bow their heads at the passing of a genius on the field of play. A wizard of space and time not bound by earthly constraints, Cruyff became emblematic of balance and exquisite technique, changes of speed and the carriage of an emperor, imperious.

Older officionados will weep at the passing of someone that defines the 1960s and 1970s, whether in international football and the everlasting impact on the Dutch psyche as well as the rest of the game who knew the influence Cruyff had on the desire to play beautiful, passing football with Ajax and Barcelona, or the American game.

Former players will take a moment to recognise how deeply Cruyff believed in footballers running the game because of their depth of feeling, their understanding, their experiences.

Advertisement
In this aspect, Cruyff reigned supreme by creating the famed FC Barcelona academy and underlying philosophy (imported from his homeland) and the patience to maintain direction for thirty years until the golden generation and Cruyff’s ultimate protégé, Pep Guardiola, showed its worth.

And the rest of us will mourn a great thinker. Few people in the history of the game have so influenced the understanding within football and Cruyff’s protestations, explanations, exhortations and condemnations were beyond brilliant.

Controversial, loved and despised in equal measure as all change agents must be, enigmatic and extraordinary, Cruyff’s legacy spans the football world.