Teenage forward Jose Mauri had a late goal chalked off for offside as frustrated AC Milan were held to a goalless draw at home to Carpi - after bizarrely performing a version of the Haka before kick-off. 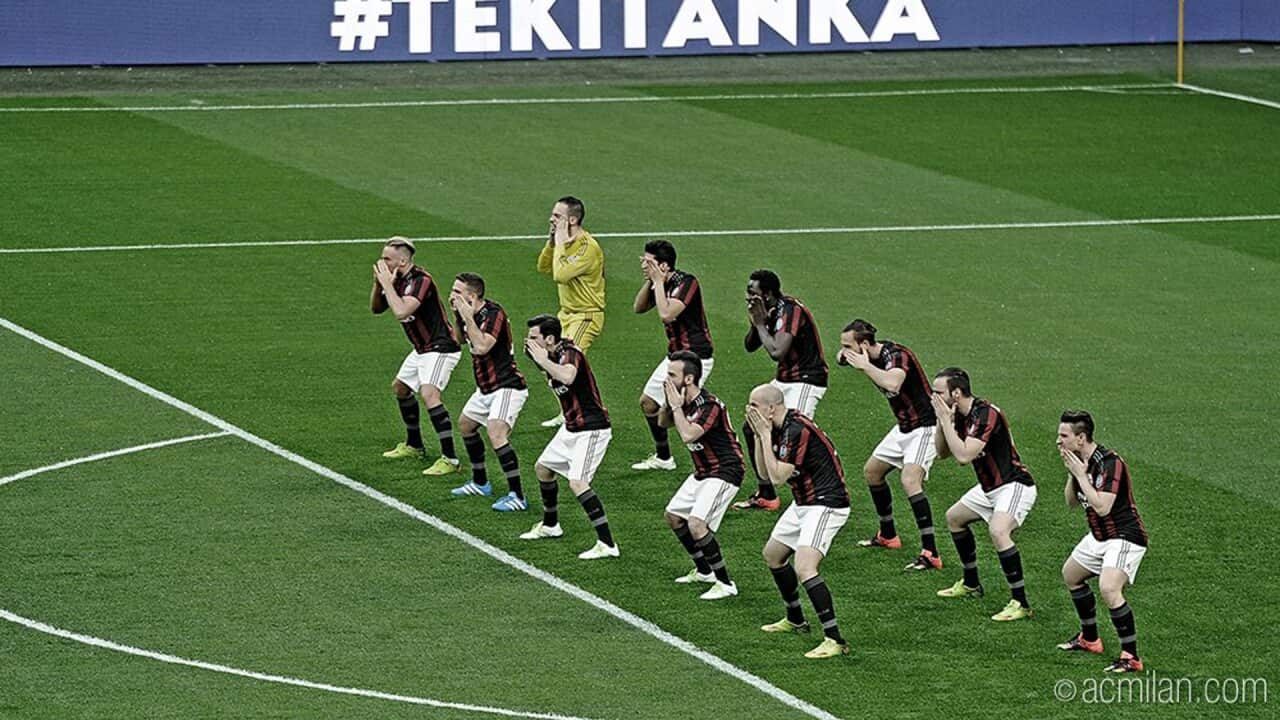 The 19-year-old replacement Mauri latched onto Giacomo Bonaventura's pass to bury the best chance of a low-quality encounter, only to see what would have proved his debut Milan goal ruled out.

Mauri had two more chances in his industrious cameo but could not break the deadlock, leaving Milan with just one win in their last seven matches.

While Milan's attempts to boost their European qualification hopes were thwarted by the draw, Carpi will have left the Italian city of industry in relatively high spirits.

The relegation battlers were able to put another point between themselves and the drop zone, sitting two points ahead of 18th-placed Frosinone with four games to play.

Milan's lacklustre performance only served to exacerbate the cringeworthiness of a pre-match publicity stunt where the home stars performed a version of the Haka.

Milan dubbed their pre-match war dance the Tekitanka, with the name emblazoned on advertising boards along with social media hashtags.

The ruse was all designed as a marketing ploy for club sponsors Nivea.

While attempting to be light-hearted, the attention-seeking ploy could backfire on the club, given the sanctity New Zealanders place in traditional war dances like the Haka.

New Zealand's All Blacks rugby union side perform the Haka before kick-off in their Test matches, with other Pacific Islands Test teams also performing their own war dances.

A dim view is generally taken of mimicry however, even in flattery but most certainly if in jest.

To follow up such folly with a wholly below-par performance summed up a night of great frustration for a club neither anywhere near the heights of yesteryear nor even close to acceptable form amid current limitations.