Former Arsenal striker Emmanuel Adebayor is enjoying life at Crystal Palace and will "forget about all the haters" after being roundly jeered against his former club on Monday. 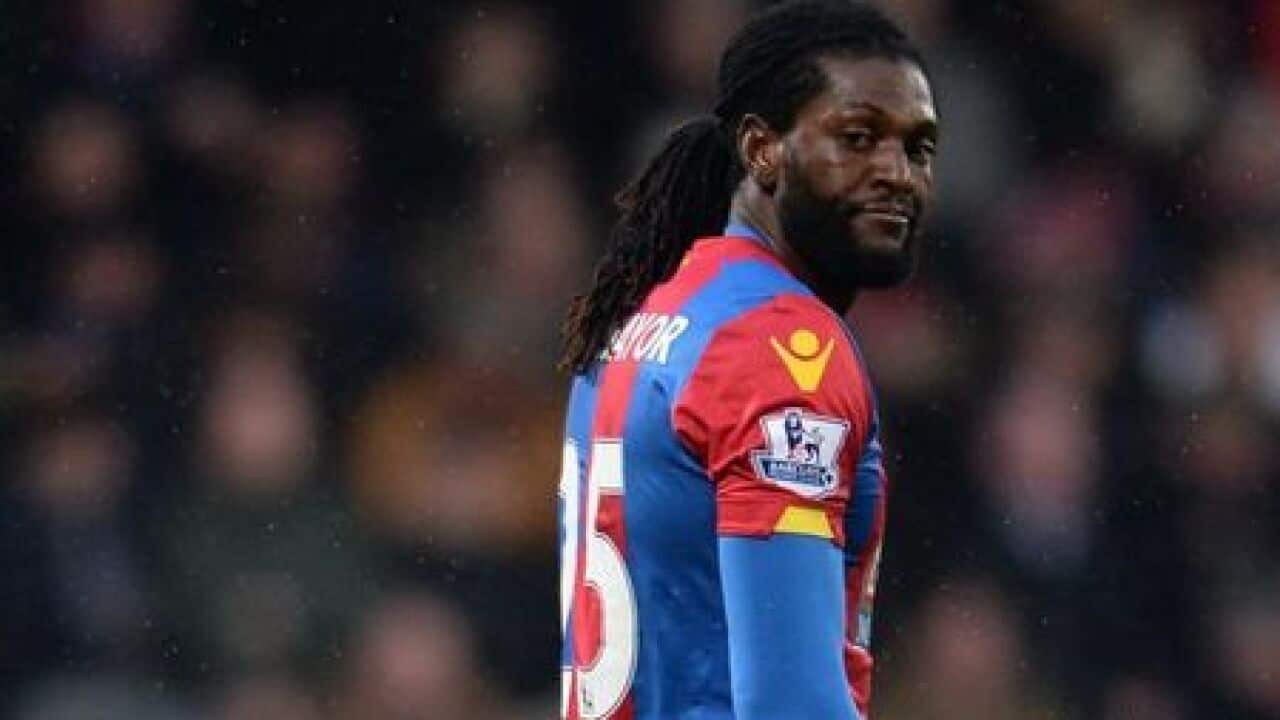 The 32-year-old Togo striker came off the bench against the Gunners to set up Yannick Bolasie's late equaliser as the Eagles sealed a 1-1 draw at the Emirates Stadium.

Advertisement
Alexis Sanchez had opened the scoring for the hosts on the stroke of half-time but, having been pegged back, Arsene Wenger's side remained fourth in the Premier League.

On what was a largely forgettable afternoon in north London, the arrival of Adebayor into the contest on 64 minutes attracted the most noise within the stadium.

Adebayor left for Manchester City in 2009 and sparked outrage among fans when he celebrated a goal by running the length of the field to celebrate in front of the visiting Arsenal supporters.

He has since gone on to play for fierce rivals Tottenham before joining Palace in January, and knew he was always going to get a hostile reaction on another return to his former side.

"It is not my first time coming back to play against Arsenal at the Emirates," he said.

"You can see when I was on the bench and warming up and they were booing me I was just laughing. I cannot say I'm used to it because it is not good to get used to this kind of stuff.

"But at the end of the day it is funny, the weather was good, we were playing in London and 20 minutes from my house, I have to be happy. If I'm not happy then something is wrong.

"For me, at the end of the day I have to be happy about where I came from and what I have become today - I have to forget about all the haters.

"All the Arsenal fans boo me and when I look back I understand where everything went wrong but there are certain things in life you cannot come back to any more. You just look at it and say, 'okay, I made a mistake'.

Adebayor has overcome a minor groin injury suffered on international duty and will now be hoping to play a part in getting Palace to an FA Cup final when they take on Watford in the Wembley semi-final.

Despite playing for Arsenal, Man City and Tottenham, Adebayor has never won a trophy in English football and admits it would rank as one of his greatest achievements if he can get to a final with Alan Pardew's Eagles.

"I played with three big clubs in England with Arsenal, Manchester City and Tottenham, and I've got the chance to go to Wembley with the smallest among those four clubs I have played for and it is even more beautiful," he said.

"It means this club has something special. They have a good manager and a good team and we don't play the best football sometimes, which is normal because of the players we have got - but trust me it is a beautiful club and I am just enjoying myself again.

"It would be one of the best (achievements) in my career. I did not play in the FA Cup final for Arsenal, Manchester City or Tottenham. For me it would be my best moment in England."