A superb solo goal from Marcelo Carrusca and a late Craig Goodwin strike completed a come from behind 3-1 win against a Perth Glory side that was reduced to 10 men late in the first half at nib Stadium. 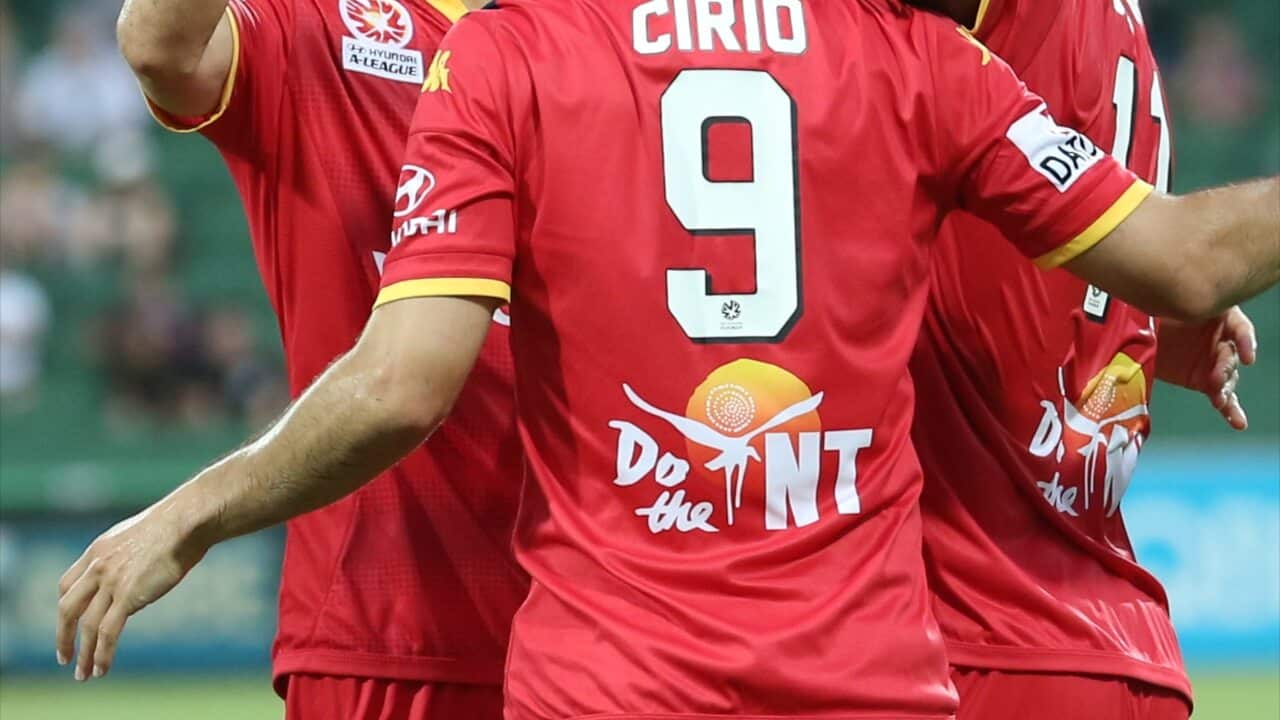 Adelaide United have cemented themselves as the form side in the A-League Source: AAP

Perth made a bright start to the contest and went ahead on six minutes when Reds defender Tarek Elrich deflected a Chris Harold header beyond the reach of Eugene Galekovic.

But the visitors hit back midway through the first period after Sergio Cirio finished a flowing Adelaide move to make it 1-1.

The match swung the visitors' way on the stroke of halftime when Alexander Grant brought down Goodwin, as he got the better of the defender and had only Ante Covic to beat.

Advertisement
The referee decided that it was a clear scoring opportunity and showed Grant a straight red card.

Carrusca took full advantage of the extra man early in the second half as he picked the ball up on the edge of the box, jinked past a defender and then drove a shot into the bottom of the far post to give Adelaide a 2-1 lead.

Perth pushed hard for an equaliser, but deep into stoppage time Goodwin made sealed the 3-1 victory with a swift counter attack,