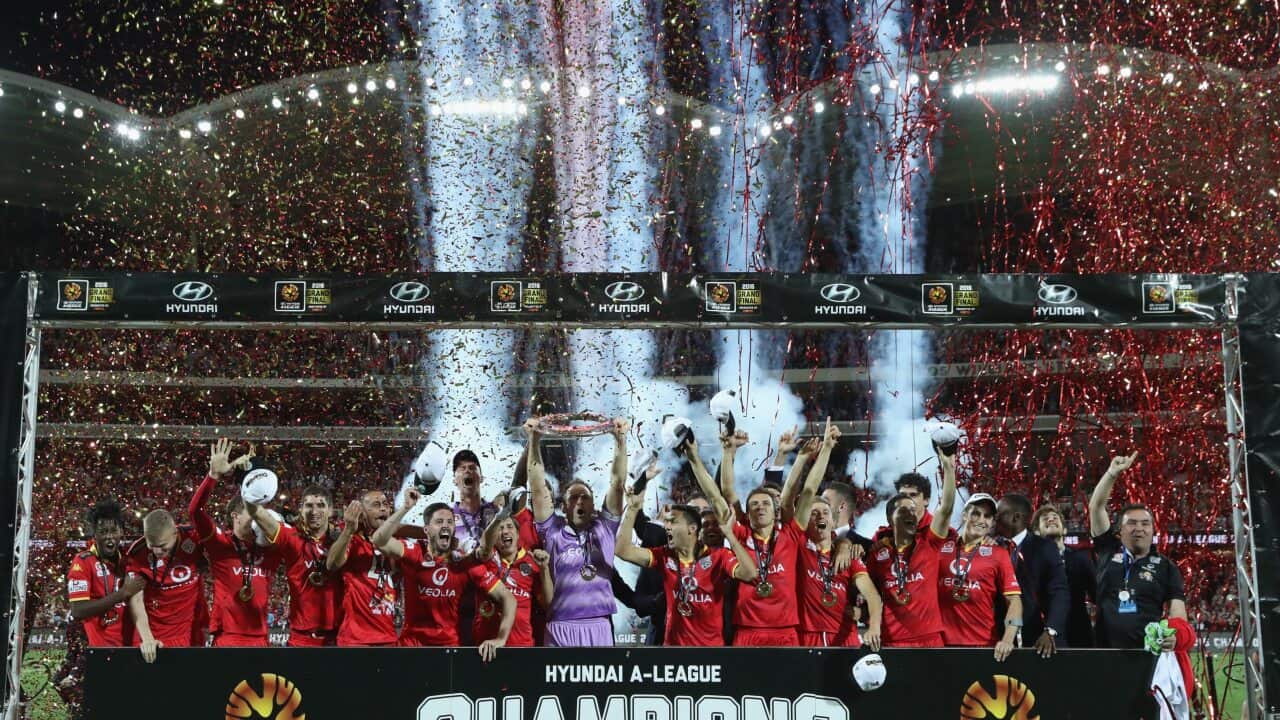 But ultimately it was Adelaide's day as Guillermo Amor's men fought off a desperate Wanderers outfit, before Pablo Sanchez secured the title with a 90th minute strike.

Advertisement
Credit has to go to Amor, who was in his first season as coach of a senior team, after his side were in last position at the start of round nine, before embarking on a remarkable run of only one loss in their last 21 outings.

While the Wanderers looked dangerous early, particularly on the counter-attack, Guillermo Amor's men struck first in the 22nd minute.

A pin-point accurate cross from star midfielder Marcelo Carrusca was expertly finished by Kamau, who evaded Wanderers defender Scott Jamieson and fired home a left-footed finished from the edge of the six-yard box.

The goal seemed to stun Tony Popovic's side and the hosts doubled their advantage only 12 minutes later.

Dead-ball specialist, Isaias, who was voted as man of the match, produced a sublime free-kick over the wall, giving Western Sydney goalkeeper Andrew Redmayne little chance of keeping it out.

Off the back of last week's semi-final going into extra-time and faced with a parochial Adelaide Oval crowd of 50,119, the Wanderers looked flat, before Neville's strike gave the visitors a lifeline.

But Adelaide repelled everything Western Sydney threw at them in the closing stages, and sealed it with Sanchez's goal, to be crowned A-League champions for 2015-2016.

Adelaide coach Amor said it was special for his club to win the A-League Premiers' Plate and championship double.

"It was a special day ... these moments you enjoy a lot. It's beautiful," Amor said.

"In this moment, we must enjoy."

Meanwhile, Wanderers coach Popovic said although an elusive championship still evades his club, they are heading in the right direction.

"There is one thing that is missing for this football club and that is winning the grand final," Popovic said.

"We have won a (Asian) Champions League, we have got a Premiers' Plate.

"For a young club, we're in the right direction for sure. And we will keep working hard to get this silverware to the club."