Adelaide ready for their biggest test of the season

Adelaide United are well aware their New Year's Day clash with Western Sydney Wanderers on the road will probably be the toughest they have had this season, but they say "bring it on" because they want to find out exactly where they stand. 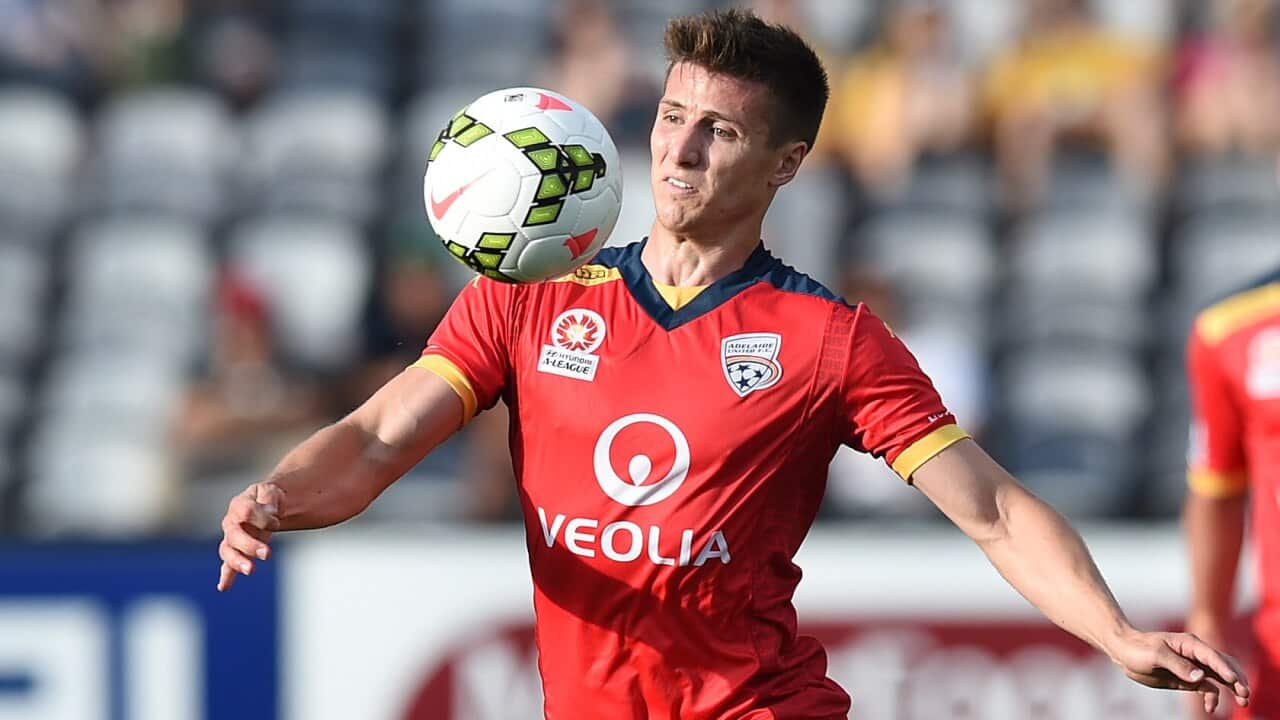 Defender Michael Marrone, who had a red-letter day last weekend when he finally scored his first A-League  goal in Adelaide's 3-0 home win over Wellington Phoenix, said he and his teammates were right up for the challenge at Pirtek Stadium.

Rather than wish they were playing someone easier to kick off the New Year, Marrone said the game against the competition leaders came at the perfect time for Adelaide to assess themselves after a recent revival.

Adelaide began the season slowly, picking up just three points from the first eight rounds, but they have won three and drawn one of their last four outings to move back into contention for the top six.

Advertisement
They will enter this round in seventh place on 13 points - exactly half Western Sydney's total.

"Western Sydney are the benchmark this season, so we're going to find out where we're at," Marrone said.

"Playing at home has its advantages and Wellington had quite a few injuries when we played them at home last week and we got a good win, but Wanderers are top of the league and they're pretty much full strength, so we'll get a really good idea of where we stand in this one.

"We've been very solid defensively recently, only conceding one goal in our last four games, and we've won three of those games, so if we can keep a clean sheet we should be able to create enough chances to get a win.

"But the Wanderers are top for a reason, so we've got to go there and do everything right to get the points."

Marrone, 28, said it was a real buzz to knock in his first A-League goal.

"It was a long time coming and to finish off a good win for the team with it felt really good," he said.

"It was a bit of a counter-attack and we were two-nil up at that stage. I got into the box and was lucky enough for the ball to fall to me and I put it away. It wasn't the most amazing goal, but they all count."

Marrone has also played for Melbourne Heart and in China, but he is Adelaide-born and began his football career there. This is his second stint at United and he considers the club to be his football home.

"Definitely," Marrone said. "I have a lot of family and friends in Adelaide, so it's always nice to play for your home-town club. I did alright playing abroad and in Melbourne for a couple of years, but I think we've got a really good team this season.

"We should be in for a decent year now that we've gotten started and when you spend time with people every day you get a lot closer and I think we've got a really good group at the moment. Going into training every day is a good feeling, especially now that we've had a few wins.

"It's a funny old league. As soon as a team picks up two or three wins on the trot, suddenly it can make a big difference.

"Melbourne Victory were on top early in the season, but they've had a difficult period since then and Western Sydney didn't start well but now they're on a hot streak, so anything can happen.