Marcelo Carrusca's first half goal was enough for Adelaide United to record a hard-fought 1-0 win against Newcastle Jets at Coopers Stadium. 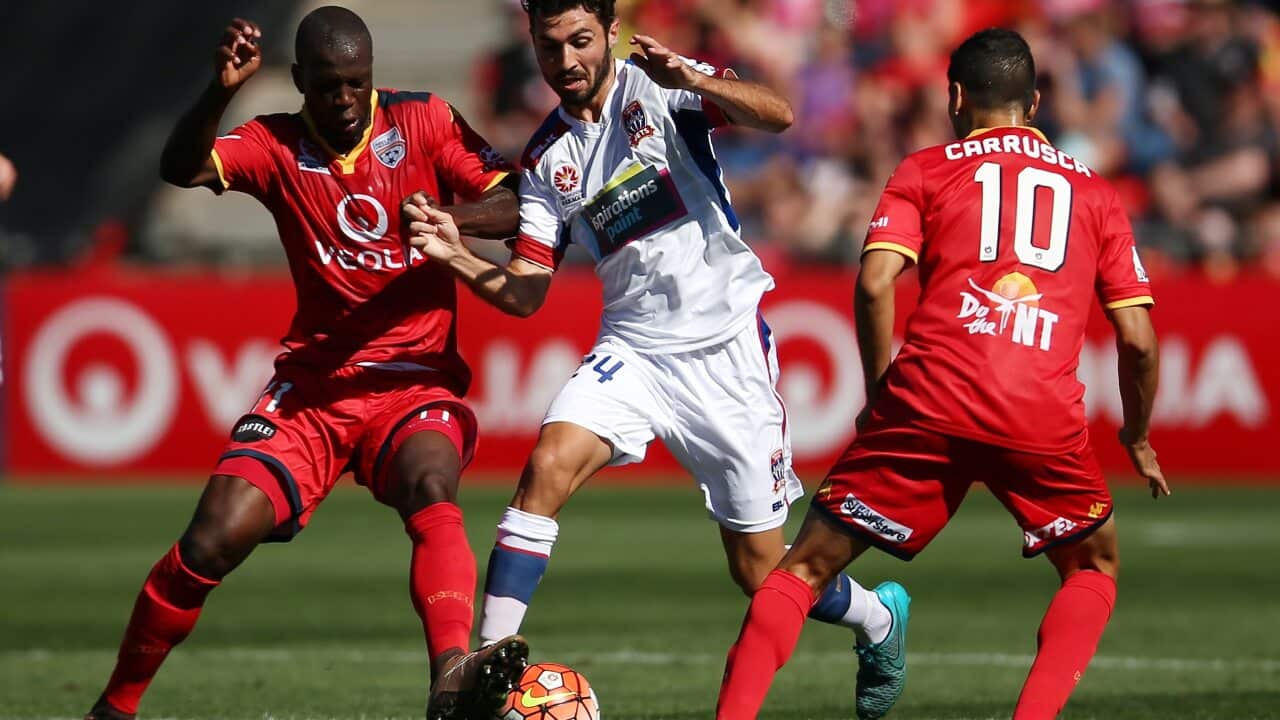 Newcastle showed impressive fortitude in the first half, particularly as they were coming off the back of a 6-1 drubbing at the hands of Perth Glory last weekend.

They were missing their suspended skipper Nigel Boogard, but Newcastle were able to name new signing Mortne Nordstrand on the bench.

Newcastle were spirited early, and Enver Alivodic should have done much better when he saw a sight of goal.

Milos Trifunovic unselfishly laid the ball off, but Alivodic screwed his shot wide.

The Jets were made to pay when poor defending by Daniel Mullen allowed Bruce Djite, who scored twice last week, to roll him into the area.

The ball squirted out to the back post where Carrusca lashed home a smart finish.

Trifunovic should have at least hit the target in the second half when a free kick from Leonardo, who was making a rare start, found his head. But the striker, under little pressure, headed wide.

Mark Birighitti was busy as Newcastle left the back door unlocked in pursuit of an equaliser.

He was very quick to react when Craig Goodwin left the Jets' defence in his wake, before unleashing an arrowing shot from distance. Birighitti tipped it over.

Ryan Kitto probably should have had a penalty when Ryan Kitto appeared to be fouled by Ryan McGowan, but referee Ben Williams was unmoved.

Nordstrand was given 18 minutes to make an impression as a substitute and the Jets kept banging on the door - but Eugene Galekovic was unflustered when it came to claiming a number of crosses from the Jets that would have otherwise been threatening.

Adelaide managed to hold on to claim three points, their seventh win in their last nine.

They move to within a point of fourth and fifth placed Melbourne Victory and Sydney FC, and only seven points behind top of the table Western Sydney Wanderers.