Eighteen-year-old Riley McGree is the shock Socceroos bolter for this month's crucial World Cup qualifiers, while veteran goalkeeper Danny Vukovic and right-back Rhyan Grant have been rewarded for their career-best form with Sydney FC. 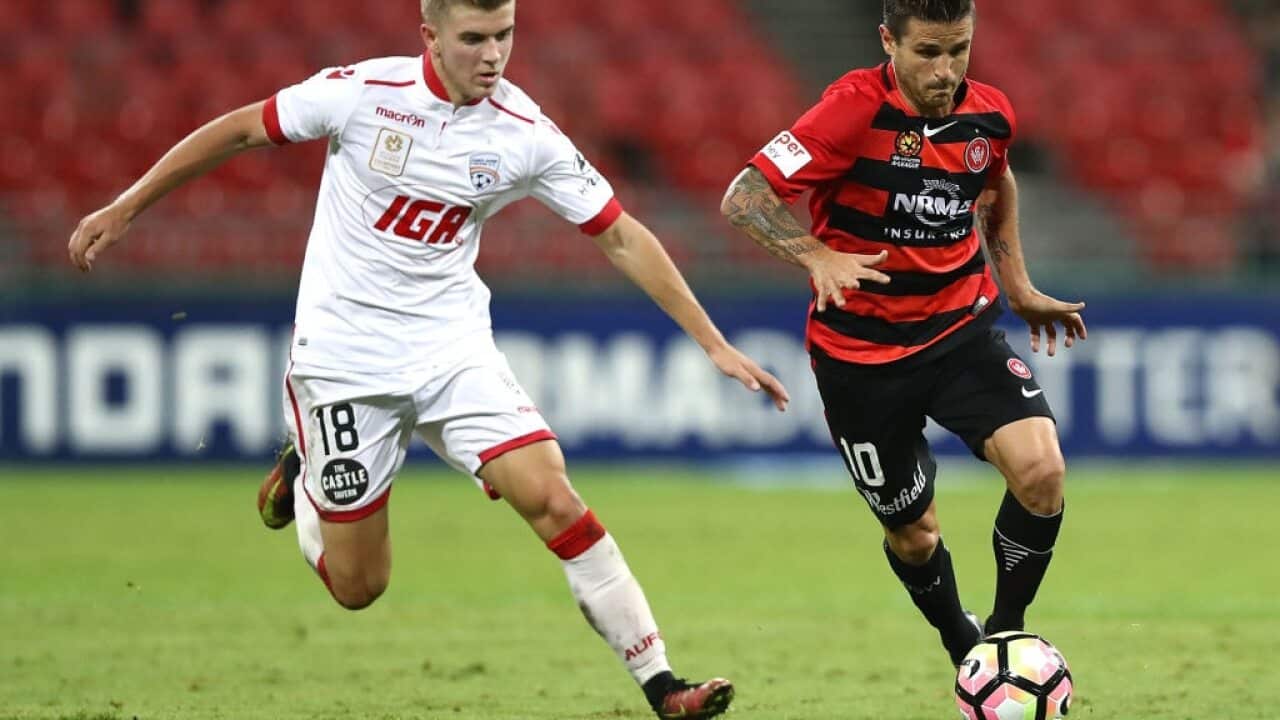 Postecoglou says Tim Cahill and a trio of other regulars are not guaranteed to make his final 23-man squad for this month's crucial World Cup qualifiers against Iraq and the United Arab Emirates.

Cahill was a shock omission from November's squad that drew 2-2 with Thailand due to fitness issues surrounding an Achilles issue, and Postecoglou is concerned about the veteran striker's lack of game time for Melbourne City.

The 37-year-old has been named in an extended 30-man squad but has played just 49 minutes in the last month and had no role in last weekend's 3-2 win over Central Coast.

Advertisement
He was suspended for one game during that period.

City don't play this weekend as part of the A-League's split round, leaving Cahill with no opportunity to impress the national team coach before he whittles his squad down early next week for the March 23 game against Iraq in Tehran and March 28 fixture in Sydney against the UAE.

"It is a concern," Postecoglou said.

"You want all your players playing regularly. I thought Timmy would have had more game time over the last couple of weeks.

"We still have two weekends to go (before the games), we're already monitoring it closely again.

"Timmy's one who has done well in the past even if he hasn't had game time, he's come in and still had an impact for us, so we've factored that in."

Cahill is one of four players on notice along with FC Tokyo attacker Nathan Burns, Inter Milan centre-back Trent Sainsbury and Bournemouth left-back Brad Smith, none of whom started for their clubs last weekend.

Eighteen-year-old Adelaide United midfielder McGree is the shock bolter, the sprightly teenager selected on the back of just 710 minutes in the A-League.

McGree, who’s played for the Australian under-17s, has turned heads in his 12 A-League appearances for the under-performing Reds after being promoted from the youth team before the 2016-17 campaign.

Postecoglou described the left-field choice as "a really exciting talent".

"I watched him from the first couple of games he played, and he made you stand up and notice him straight away for a young guy," he said.

Veteran goalkeeper Vukovic and right-back Grant have also been rewarded for their career-best form with Sydney FC as Postecoglou upheld his pledge to include more A-League players.

The trio are part of seven uncapped players alongside Denmark-based duo Mustafa Amini and Awar Mabil, James Jeggo, who plays in Austria and Scotland-based Ryan Edwards.

Cahill and Tomi Juric are back while Asian Cup hero James Troisi returns for the first time since 2015 and Perth defender Rhys Williams and Brisbane captain Matt McKay have been recalled.

Playmaking wizard Tom Rogic is absent through injury while China-based central defender Matthew Spiranovic is the biggest casualty from the last squad.

Jamie Maclaren, Apostolos Giannou, Josh Risdon and the injured Adam Federici also miss out, though Postecoglou kept faith with attackers Robbie Kruse and Nathan Burns despite their seasons in Asia only just starting.

Australia sit third in their qualifying group and have five matches to secure a top-two finish and automatic qualification for Russia 2018.

“We have named an extended squad with a few notable returns but we will make a final decision after this weekend’s matches around Australia, Asia and Europe,” Postecoglou said.

“With the Asian leagues and some countries in Europe only just starting I wanted to have another look.

“There is also recognition for some players who have been in good form in the A-League and have the characteristics to fit in with some of our experienced players as we move into an important stretch of qualifying.

“It is encouraging to have the experience of Tim Cahill, Tomi Juric, Mass Luongo, Mitch Langerak and James Troisi back in the squad but we also have some players who have been on the fringe who have been knocking on the door of both the squad and the starting side.”