After Ozil, it’s time we got over 'nationality' fear-mongering

Let’s just attack this one head on. Why are we so scared about having a 'second nationality' in sport? What does it say about us as football fans? And as people? 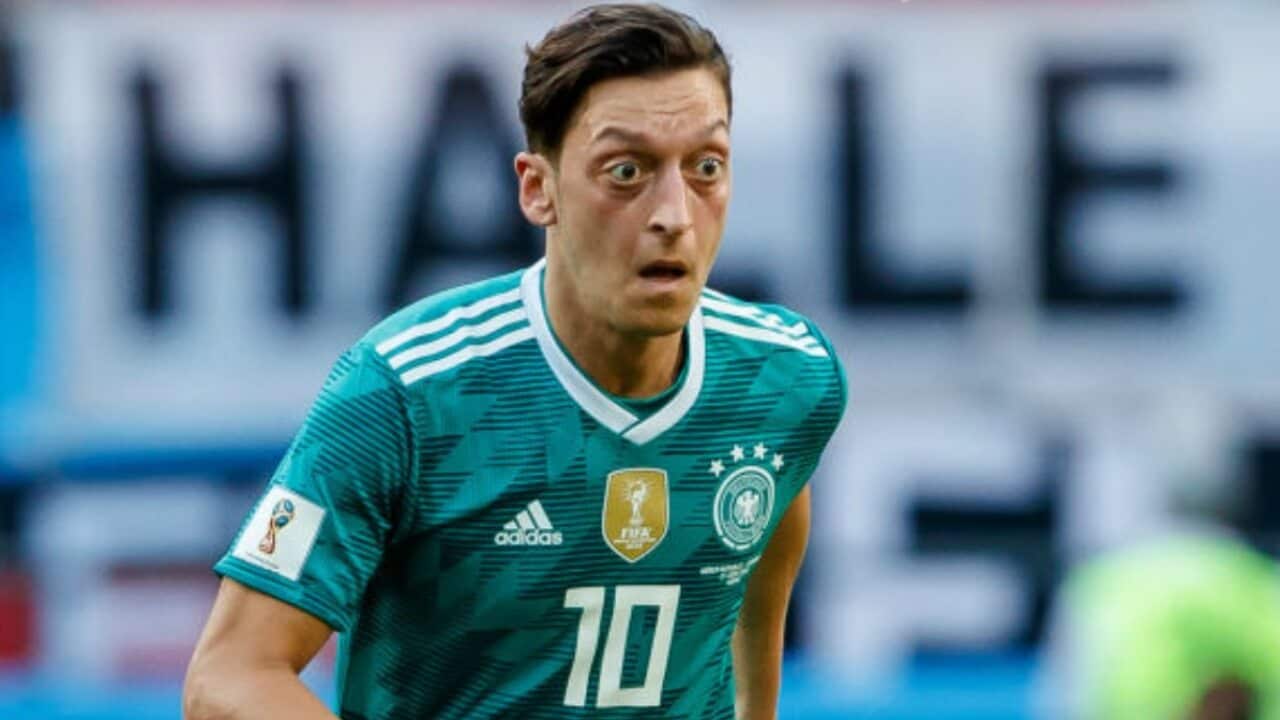 It has long been a theme in Australian football, of course, but the rest of the world is catching up. And this week, it all boiled over in Germany with Mesut Ozil.

Symbolic of the forward-looking, multi-cultural Germany of the 21st century, Ozil had a different name, face and playing style to every other previous member of Die Mannschaft.

He’s about as far removed from the stereotype of Stefan Effenberg or Oliver Kahn as you can get.

Advertisement
To many, he was viewed as a success story: growing from humble origins of immigrant parents and going on to become a great success story, helping Germany to victory in the 2014 FIFA World Cup. On paper, it’s perfect.

And yet, all it took was a single photo of Ozil with Turkish president Recep Tayyip Erdogan for the whole thing to unravel – spectacularly.

Regardless of what you think about Erdogan’s controversial policies, this was the 'gotcha' moment for everyone who suspects that in the heart of every immigrant is a deeper loyalty to the land of their origins.

That photo was taken pre-World Cup, which Ozil then played poorly in. And so the rumblings of June turned into an earthquake by July.

And when Ozil resigned from the national team, saying he no longer felt supported, the fallout was instant.

“I’m glad this nightmare is over. He has been playing crap for years,” Bayern Munich president Uli Hoeness said.

“The last tackle he won was before the 2014 World Cup – and now he is hiding himself and his poor performances behind this photo.”

But the player and his agent bit back hard. They refused to go quietly into the night: Ozil defended his right to embrace his origins whilst his agent went for the neck of Hoeness, who recently spent time in prison for tax evasion.

Dozens of well-researched and well-written articles have already been committed to dissecting each side of the equation, many trying to understand the respective motivations and the deeper meaning on both sides.

But isn’t it time we had a look at the bigger issue?

We may like to cling to fixed ideas of culture – particularly the notion of what separates 'us' from 'them' – but the movement of people is only going to increase in the coming decades.

If somebody decides to embrace their origins, is that really so bad? And is it really disrespecting the 'new' country if one shows affection for the 'old'?

How has nationality allowed to become an emotional, binary choice when the world we live in is anything but? Many children have parents of split nationality.

Born in one country, they are raised in another and work somewhere else.

There has been plenty said about the problem being Erdogan in this situation, but the honest truth – and let’s be absolutely frank – is that very few attacking Ozil inside Germany have any discerning grasp of domestic policy in the Eurasian nation.

What they see is a German player celebrating another country, showing greater affection for another country, whilst not being thankful for what Germany has provided both him and his family.

Unfortunately, or fortunately, this story has some extra layers thanks to Germany's status as a bastion of social progress and integration for over 70 years.

When the world wrestled with what to do with desperate Syrian refugees, nobody did more than Germany.

While the rest of Europe subsequently became mesmerised by anti-immigration policy, Germany tried to take a humane approach.

It is against that backdrop that this story has crashed into the wider consciousness.

The Ozil situation is a complicated story in a complex situation. But it is only going to happen more and more as the world grows smaller and smaller.

With that in mind, maybe it’s time we viewed nationality with a little more care.

And maybe having respect, appreciation or even just affection for another nation really isn’t the end of the world.