After years of promise, Melbourne City are finally delivering

There isn’t much hype around the A-league at the moment – for a whole host of reasons – but if there is one reason to get excited, it’s Melbourne City. 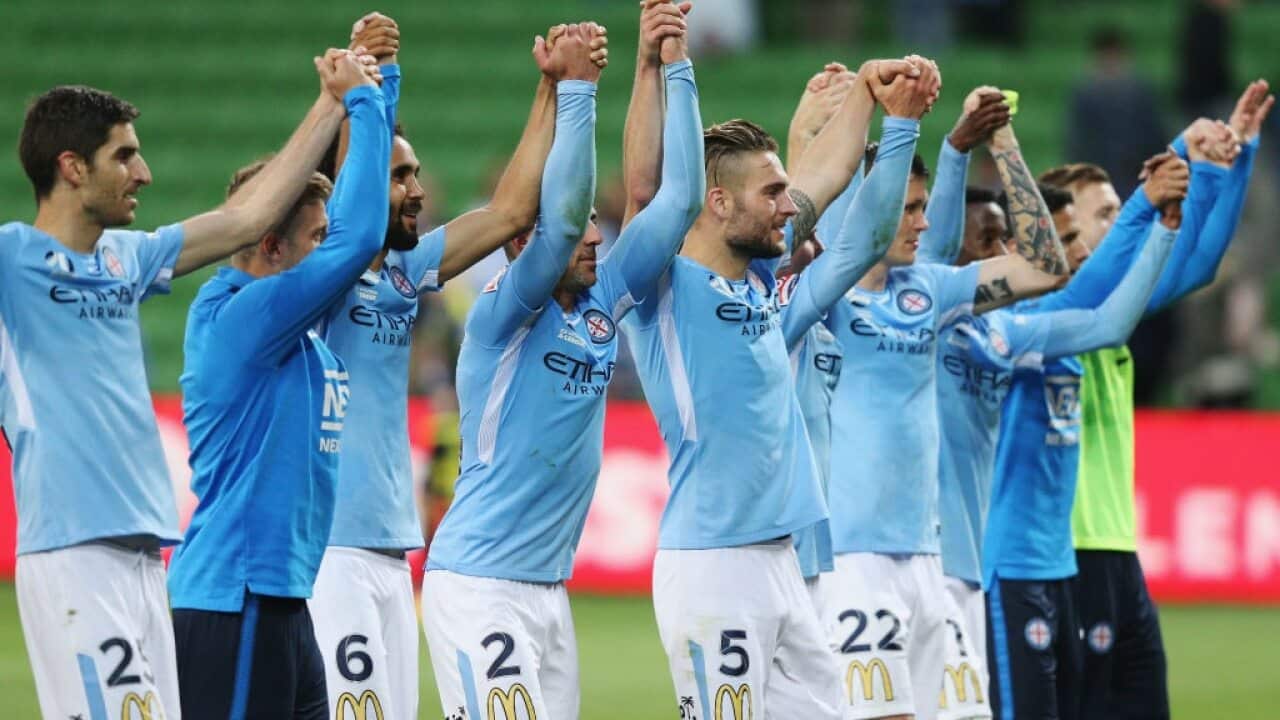 Let’s put this simply. The time has come for Melbourne City to take the A-League by the scruff of the neck. And it’s time for them to embrace the hype that is starting to bubble around their performances.

No club is better placed to get their hands on this year’s title. Not even Sydney FC. That’s saying something, because Sydney are the defending champions, they lost only one game last year, and look incredibly hard to beat this year. A draw in the derby is their ‘blemish’, if you can even call it that.

The best part? City play Sydney on Friday night, which gives us the perfect opportunity to get a true test of where they’re at.

Advertisement
Granted, City have been in a similar space before, and started last season in a blaze of glory. It captivated myself and others but one suspects this will last a lot longer. City’s roster is stronger now. They’ve adjusted to losing Aaron Mooy, a gap they never totally filled last year.

READ MORE
Five things we learned from A-League Round 4

In fact, player for player, City’s squad has to be among the strongest the A-League has ever seen. That Luke Brattan can’t get into the starting side says plenty; he might sneak back in this week courtesy of the red card shown to the revitalised Osama Malik.

The Abu Dhabi-backed team is fast and furious in attack but balanced with a dependable midfield and, crucially, a defence that has been re-stocked and has some menace about it.

Captain Michael Jakobsen told The World Game in the lead-up to the season that defence was the focus of the pre-season. It wasn’t the sexiest line, but it was by far the most critical point for anyone looking for a guide on how the season would pan out.

Eugene Galekovic has delivered exactly what you would expect from the league’s most accomplished custodian: total stability. Bart Schenkeveld has put his FFA Cup nightmare behind him. Iacopo La Rocca and Manny Muscat offer raw steel at tin foil prices.

Of all the statistics, here’s the most critical one: four games played, one goal conceded. That’s not City-like – or at least in the guise that we have known them. There’s always been goals when they’ve played; the question was whether they were scoring or conceding them. Yet they’ve bagged seven so far and look every bit the attacking force they have been in previous years.

Credit must go to coach Warren Joyce for striking a balance. He’s not afraid to concede possession and not afraid to play on the counter-attack. For all that has been said about Australian teams needing to learn to play with the ball – or “dominate” the opponent – Joyce has taken one look at that and rejected it cold.

Of course, Australian footballers must ultimately lift their level of skill, but Joyce has walked in and effectively said: “Not my problem”. His remit is to win football matches. So far, he is cutting through all the noise to deliver what City Football Group demands.

Here’s a stat: City have completed only 1077 completed passes this season, the second lowest in the league (Newcastle has 1003), with the equal-worst completion ratio (with Newcastle at 75 per cent). Everyone else has over 1230 completed passes, scaling right up to the Central Coast Mariners at 1621.

Here’s another. City’s play is so direct that they average only three crosses per game. Melbourne Victory and Adelaide United are at almost nine per game. Statistics don’t tell you everything but they unveil City’s ruthless style.

City quite like getting the ball in their own half, ideally with all of the opposition sucked up the park. It might be a system that works well over summer, too, where high-pressing strategies quickly drain players. This is more of the Venus fly trap approach. Unsuspecting, then devastating. It's difficult to coach against at the best of times.

They now have to counter an attack that has the hyena-like Bruce Kamau ready to run the 50 metres in five seconds, with Nick Fitzgerald and Stefan Mauk not far behind. Then there's Ross McCormack waiting to finish it all off. And when he goes – if he goes – Bruno Fornaroli will come back in. Did we even mention Tim Cahill?

City have been close before, but never quite have they looked this good. If they can maintain this focus and drive, their duck might finally be broken.