Ajax come from behind to down Feyenoord

Ajax came from behind to see off Feyenoord 2-1 at the Amsterdam ArenA, while PSV maintained their lead in the Eredivisie with a win over Utrecht. 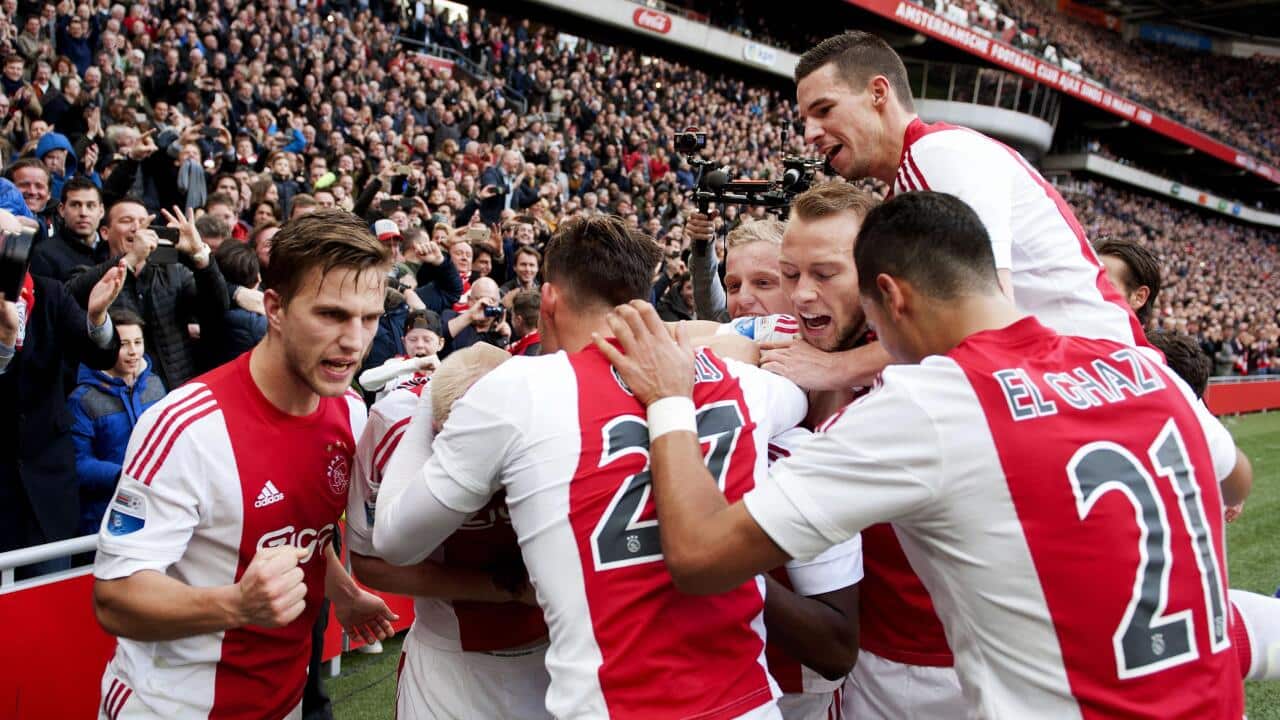 The visitors went ahead in the 13th minute as Jens Toornstra beat two defenders and fired home a low shot after good work by Dirk Kuyt.

But that did come against the run of play and Ajax responded quickly to level eight minutes later as Amin Younes capped a fine run with a powerful shot that rebounded in off a post.

Ajax went ahead on 65 minutes as Riechedly Bazoer rifled in from distance and it might have been more after Kenny Vermeer brought down Davy Klaassen, but Nemanja Gudelj missed the resulting penalty.

Advertisement
Pressure had been put on PSV after victory by Ajax earlier in the day temporarily took the Amsterdam side top, but Phillip Cocu's men responded well at the Stadion Galgenwaard.

Eredivisie leaders PSV Eindhoven avenged their shock KNVB Beker loss to Utrecht in midweek with a 2-0 victory as the two clubs returned to league business.

Goals from Santiago Arias and deadline day loan signing Marco van Ginkel inside the first 21 minutes proved enough for PSV to go back a point clear at the top.

Bottom side De Graafschap claimed a creditable 1-1 draw at home to NEC Nijmegen after the sending-off of Karim Tarfi.

Englishman Andrew Driver fired De Graafschap into an 11th-minute lead at the Stadion de Vijverberg, but the hosts were unable to hold on for all three points after Tarfi was dismissed two minutes after the break for a foul on Christian Santos. The equaliser came 12 minutes from time from Austrian substitute Marcel Ritzmaier.

Groningen beat struggling Cambuur 2-0 with goals in each half from Michael de Leeuw and substitute Oussama Idrissi.