Ajax put five past Heerenveen to stay clear at top

Viktor Fischer led the way as Ajax maintained their lead at the top of the Eredivisie with a comprehensive 5-2 win over Heerenveen in Amsterdam. 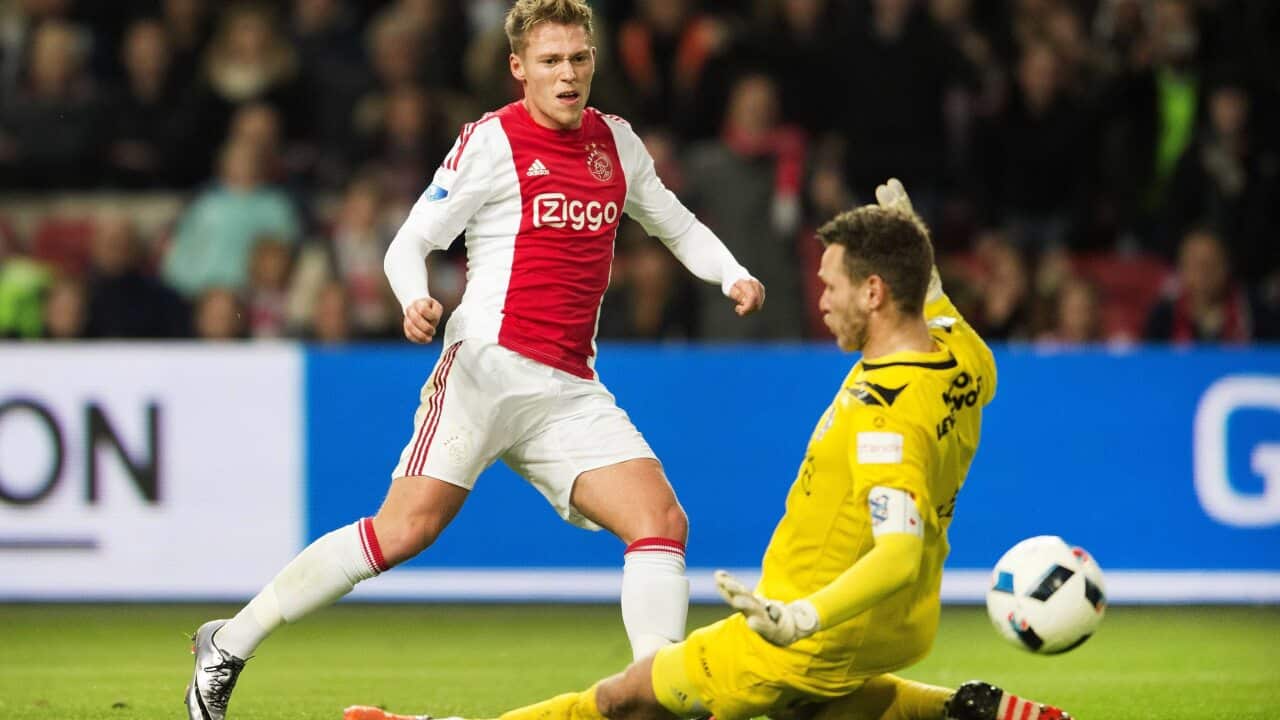 The Denmark international opened the scoring in the 12th minute and added his second early in the second half as Franck de Boer's side wrapped up their third consecutive domestic win.

Advertisement
Arkadiusz Milik and Amin Younes quickly added to Fischer's early strike to put the league leaders out of sight inside 28 minutes although Mitchell te Vrede reduced the deficit before the break.

Fischer's second was followed by a Davy Klassen strike in the 73rd minute before Te Vrede added his and Heerenveen's second five minutes later.

Jorrit Hendrix scored a dramatic last minute winner as PSV Eindhoven moved into second place with a 1-0 win at Vitesse - and broke an Eredivisie record in the process.

And it provided the perfect boost for Philippe Cocu's side ahead of Wednesday morning's (AEDT) UEFA Champions League clash with CSKA Moscow, where victory will guarantee them a place in the knockout stage.

Rico Strieder scored the only goal of the game in the 34th minute as 10-man Utrecht held on for a 1-0 win away to bottom club De Graafschap.

The visitors were made to hang on for their victory after defender Mark van der Maarel was sent off in the 67th minute for a second bookable offence.

Hakim Ziyech hit a 75th minute equaliser for FC Twente as they forced a 1-1 draw at Excelsior, for whom Tom van Weert had opened the scoring before half-time.