Ajax moved a step closer to securing the Eredivisie title with a 1-0 win at bottom club Cambuur with a goal from captain Davy Klaassen. 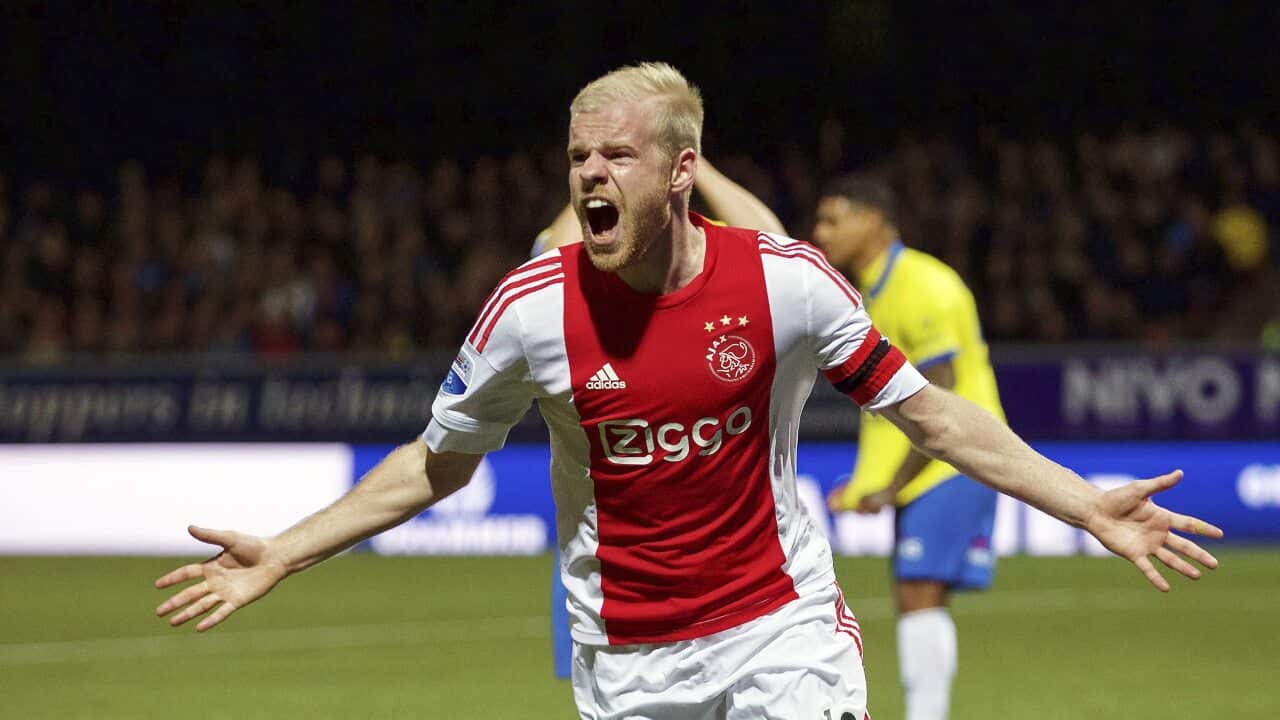 The midfielder headed in a right-wing cross from Anwar El Ghazi on 61 minutes.

PSV, the defending champions, beat Willem II 2-0 despite having defender Santiago Arias sent off on 57 minutes.

Marco van Ginkel hooked in from close range to put the 10 men ahead on 68 minutes.

Captain Luuk de Jong crashed a penalty in off the post with 11 minutes left to keep Phillip Cocu's men alive in the title race.

Heracles kept their European qualification ambitions alive with a 3-1 win at Excelsior.

Striker Wout Weghorst put the visitors ahead on six minutes with a clever chip over the keeper when running into the penalty area and added a second late in the first half with a 12-yard drive into the top-right corner.

Although Brandley Kuwas reduced the deficit just after the restart, Heracles secured a third on the hour with a towering header from defender Ramon Zomer.

Excelsior remain in the relegation play-offs places, behind Willem II on goal difference.

However, Oliynyk secured a dramatic draw when he swept home a low shot from just inside the penalty area.