Marc Albrighton hailed more of the fighting qualities that have characterised Leicester's season as they inched closer to the title with a draw at Manchester United. 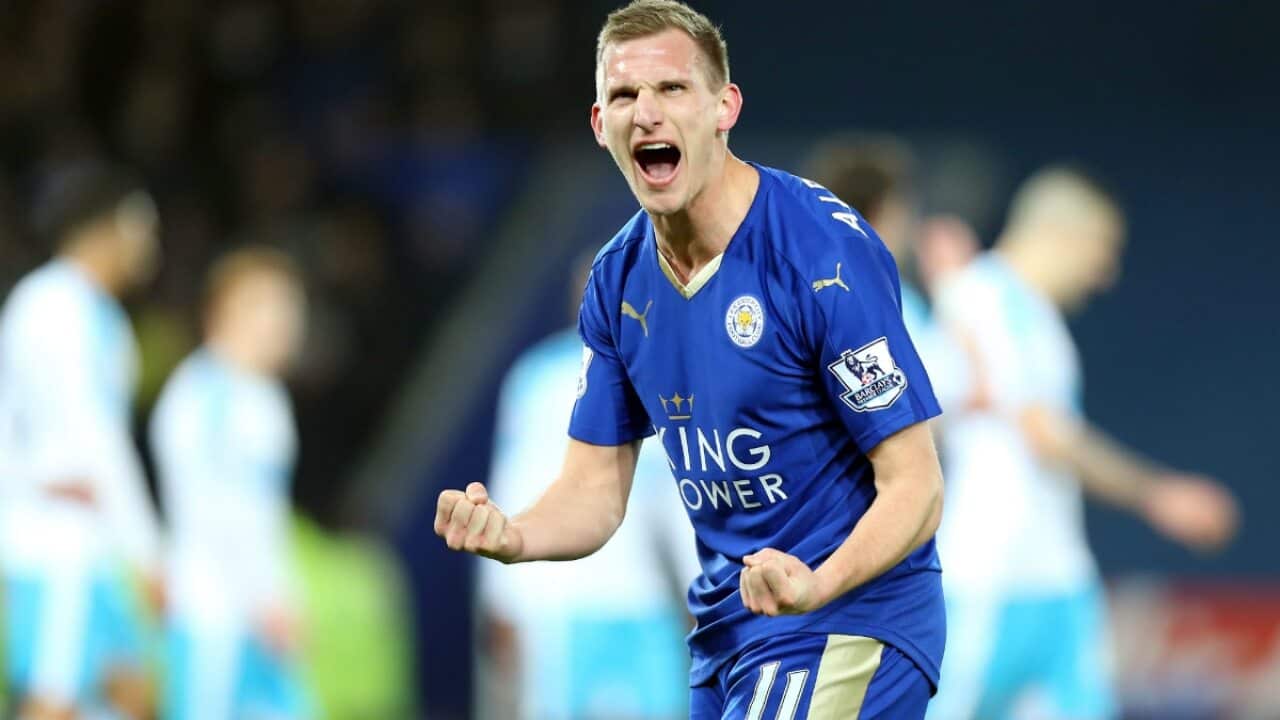 Leicester could now be crowned champions before they return to the field for their final home game of the season against Everton at the King Power Stadium if Spurs slip up at Chelsea.

Their party was put on hold after Anthony Martial swept United into an early lead but Foxes skipper Wes Morgan levelled soon after to put his side within touching distance.

Advertisement
Winger Albrighton, who came off the bench for the final 13 minutes, said: "We've got that never-say-die attitude. I think that's won us a lot of points this season.

WATCH: Danny Simpson talks after his side recovered from an early setback to draw 1-1 with Man Utd. #MnuLeihttps://t.co/YzCUZPV7zv — Leicester City (@LCFC) May 2, 2016

"Early on this season you've got the draws at Stoke and Southampton, we were 2-0 down in both of them, and 2-0 down in the home game against Villa.

"So that showed our character early in the season and we've continued to do that. We've gone behind at Old Trafford, which is a daunting place. It's a big pitch and the fans are behind them, but credit to the lads, we carried on going, got the equaliser and held on."

Leicester, again without suspended top scorer Jamie Vardy, threatened early in the second half but were unable to take chances and were left hanging on in the closing minutes after Danny Drinkwater was sent off.

Drinkwater saw red for a second bookable offence after pulling Memphis Depay back in an incident that was deemed just outside the area by referee Michael Oliver.

Albrighton realised an opportunity had been missed to secure the title in front of 3,000 buoyant travelling fans but the 26-year-old insisted the disappointment was not too intense.

He said: "I wouldn't say (we were) dejected. We came to win the game and to wrap up the title, but it wasn't to be.

"We were probably thinking what could have been and that we could have been over there celebrating with our fans, but we've still got another couple of chances to do that and hopefully we can."

Albrighton admitted the enormity of his side's impending achievement would take some time to sink in.

The midfielder, who has been rejuvenated since being released by Aston Villa two years ago, said: "I don't think it will for a while. It might sink in later on in the summer. If we can wrap up the title it will be such a fantastic achievement and maybe then it will sink in."

The notable downside for Leicester was the dismissal of Drinkwater, who will now be suspended for the visit of Everton next Saturday. Vardy, however, will return to bolster the attack after two games on the sidelines.

Albrighton said: "Danny will be gutted that he won't be able to be involved next Saturday but whoever steps in will be just as important for us in there, which has happened all season whenever anyone has had to fill someone's shoes.

"And it's great to have Vards back. He'll be all refreshed after his two-week break."