Spanish masters Real Madrid should thank their lucky stars for snaring their 13th European Cup/UEFA Champions League title to become the first team in 42 years to win the biggest prize in club football three times in a row. 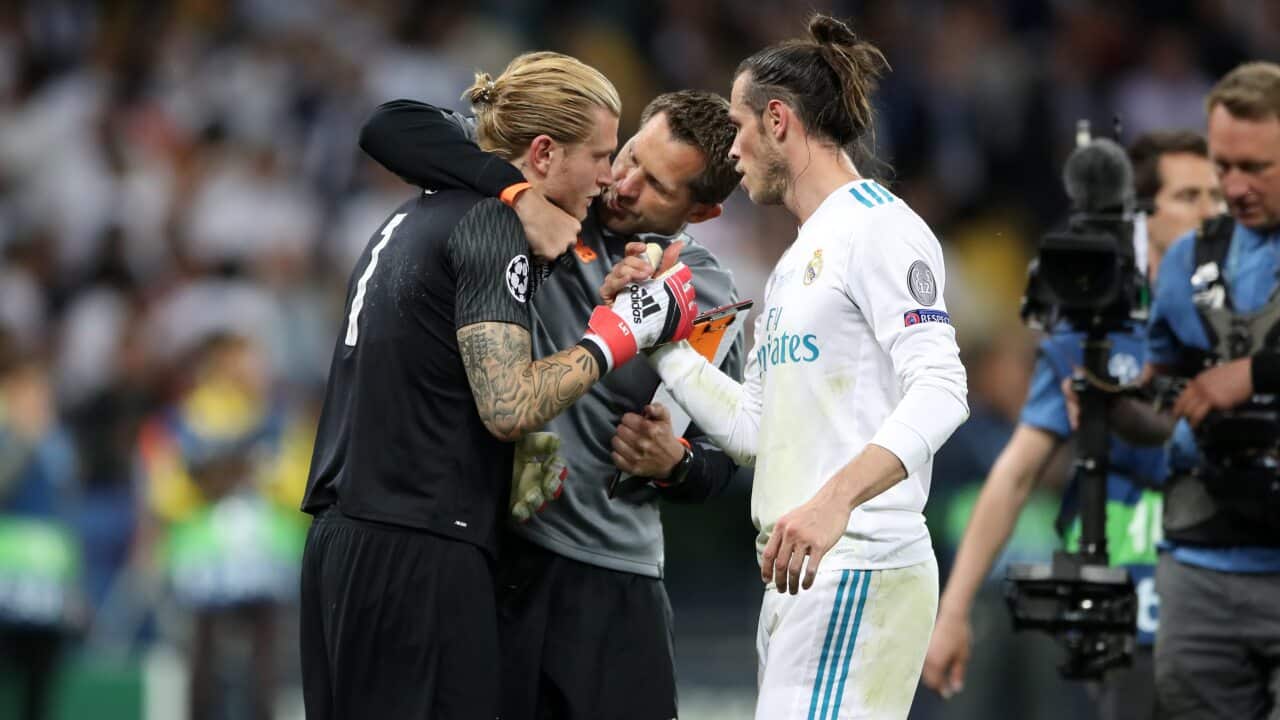 The last team to achieve this rare feat were Franz Beckenbauer's Bayern Munich who beat Saint-Etienne 1-0 in Glasgow in 1976.

In beating Liverpool 3-1 in a final that had just about everything, Los Blancos have consolidated their status as the greatest and most successful club in world football but this latest victory will not go down as their most convincing of continental triumphs. Far from it.

Madrid have not had a particularly good season by their standards and they scrambled into the final thanks to several narrow escapes, particularly in the quarter-finals and semi-finals against Juventus and Bayern Munich respectively.

Advertisement
They did not even win their group in the first phase of the competition.

They were the better team in the Kyiv showpiece and it was fitting that midfield genius Luka Modric and tearaway full-back Marcelo were rewarded for two superlative performances.

But, if the truth be told, nothing really went right on the night for Liverpool.

As if the prospect of facing a star-studded side like Madrid was not daunting enough in itself, having to do so with your best player going off after half an hour, your goalkeeper making two schoolboy howlers you would not expect to see in the A-League and a disgruntled substitute coming up with a goal for the ages makes you wonder if it was destiny after all that deprived the Reds from a victory that appeared highly unlikely four months ago.

Much has been said already about the tackle from Madrid's aggressive captain Sergio Ramos on Mohamed Salah that ended the Egyptian forward's night.

Ramos simply fouled the striker to stop him from advancing and the dislocated shoulder that could keep Salah out of the FIFA World Cup was due to sheer bad luck and had nothing to do with Ramos.

Suggestions that Ramos 'did the job' on Salah are pure nonsense. Clearly the defender's reputation for confrontation and brutality preceded him in this case.

Goalkeeper Loris Karius will have nightmares for the rest of his life after committing two elementary mistakes that cost Liverpool big time.

The German would have been the object of derision for most of the 500 million viewers who are believed to have watched the match around the world.

But he would have drawn as much sympathy after the final whistle when, with hands clasped, he bravely approached the Liverpool end of the field to offer a tearful and touching apology to the thousands of Liverpool fans when he must have wished he was somewhere alone to drown his sorrows.

I am not sure if Karius has a future at the club after such a catastrophic contribution but images of his genuine remorse and the distraught figure he cut at the end of the match will last for a long time.

There was absolutely nothing Karius could do about Gareth Bale's jaw-dropping strike that put Madrid back in the lead after Karim Benzema and Sadio Mane's goals early in the second half.

Zinedine Zidane, who scored one of the greatest goals in a Champions League final for Madrid against Bayer Leverkusen in 2002, brought on the Welsh wizard for Isco on the hour.

Within minutes Bale came up with a spectacular overhead kick from a Marcelo cross that was the epitome of perfect timing, beautiful athleticism and bold ambition.

It was probably a better goal than Zizou's masterpiece from a cross by another Brazilian full-back Roberto Carlos in Glasgow 16 years ago.

Zidane can do no wrong since taking over Madrid's top job from Rafa Benitez in January 2016.

Not bad for someone who apparently is seen as a manager who lacks tactical expertise.