All or nothing for Abbas and struggling Sydney

Ali Abbas, one of Sydney FC's fiercest competitors and a fan favourite, has laid it all on the line by declaring that the last five rounds of the A-League will define the Sky Blues for this season. 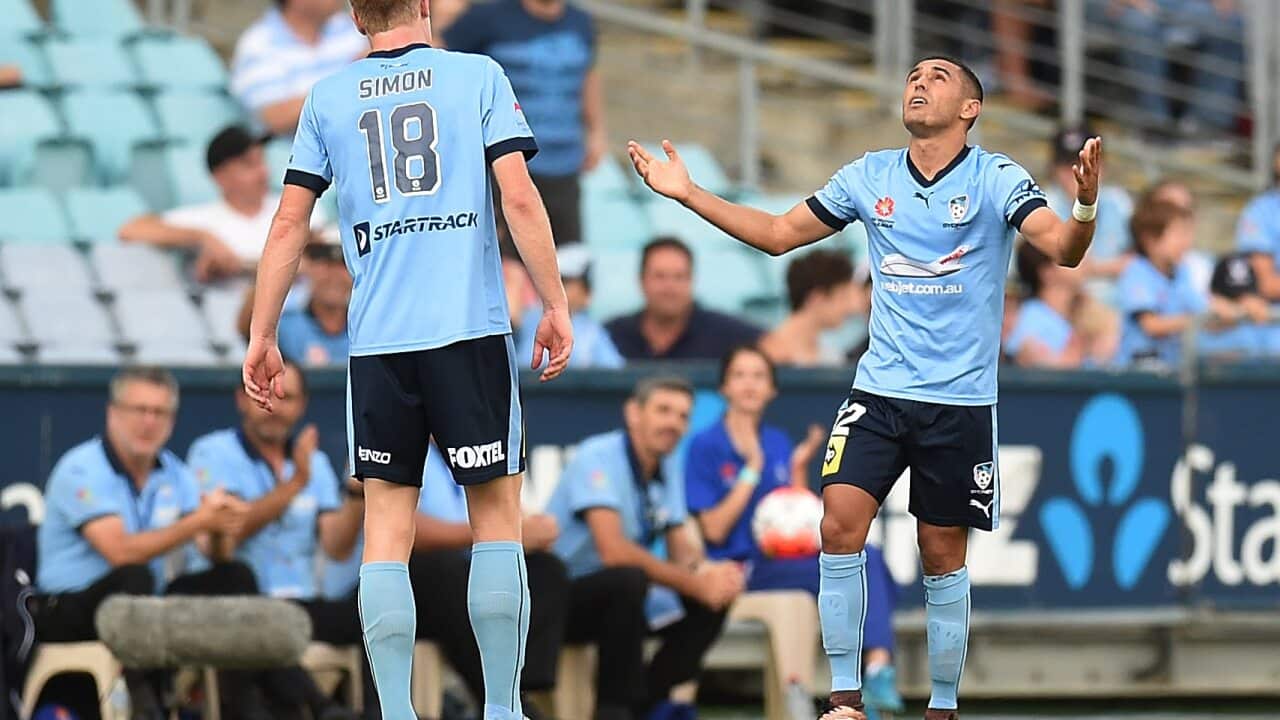 Sydney, on the back of seven games without a win, have been replaced by Perth Glory in the top six and need to get their motor running with a win over Wellington Phoenix at Allianz Stadium on Saturday.

Advertisement
Asked about the challenge confronting the Sky Blues and what their reaction to it would be in what remains of the regular season, Abbas said: "It's always the case that when you put our team under the challenge they're going to perform better.

"And I think in these five games we're going to show what Sydney FC are made of and the players, what they're made of. We have a lot of quality players here and the coaching staff and the fans put faith in us and we need to repay that faith.

"We're going to treat every game from now on like a final, you know what I mean. We can't hope to draw a game and just get a point, because these five games we need to treat as finals. And I think we'll be there in the finals."

Sydney admittedly faced a string of top teams during the recent, seven-game run in which they had three draws and four losses. All seven games were against teams that were in the top six and still are - or, in the case of Perth, weren't in it then but are now.

But now Sydney have a home game against ninth-placed Phoenix followed by an away game against last-placed Central Coast. Sydney must strike in the next two rounds to build confidence for a run home against Brisbane Roar (away) and Adelaide United and Perth Glory (both home).

Abbas said the players and coaches had discussed the challenge ahead and were ready to meet it head-on.

"We always talk as a group, as players, and the coaches are a part of that," he said. "Sydney FC are like a family, we always talk and have a good relationship, and if we win we talk about what's good, what's bad and how we have to fix the bad and make the good even better.

"Everyone keeps saying we played bad recently, but I think we've been playing very good and just not getting the results we wanted.

"Against Melbourne City (in a 3-0 loss last weekend), all the game we were doing well and we had chances in the first half we should have taken,  but we didn't and you get punished for that. Hopefully we'll continue to play well and score more goals and we'll be in the finals."

Abbas said he was feeling fit and confident as he continues to get more game-time in his comeback from a horror knee injury.

He called on the Sydney fans to come out in force to support the team in the crucial game against Wellington.

"I'm ready to go and I'll be there for my team to get the three points and I'm feeling 100 per cent," he said.

"We need the fans there on Saturday, we need them there behind us. They're always behind us and I believe they will be there for us, to cheer for us. Hopefully, we'll get the three points and make them happy."