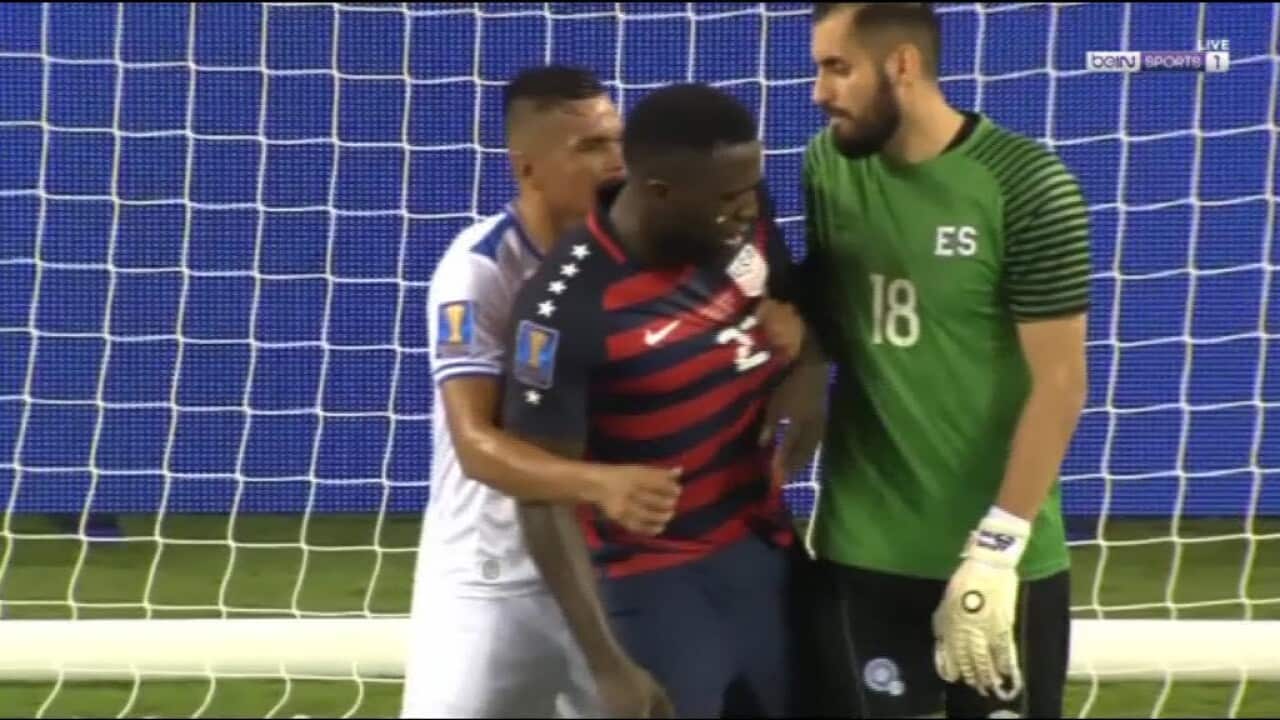 It's not uncommon for defenders to push the boundaries of the rules while defending set-pieces - shirt-pulling, subtle pushing and even sometimes stepping on toes, but Romero's nipple-cripple and bite combination is almost unheard of.

What's worse he wasn't punished by the referee, however he could face retrospective sanctions in the coming weeks.

Altidore seemed to see the funny side of it, speaking after his side's 2-0 quarter-final victory, the former Sunderland striker said his girlfriend was more upset than him.

Altidore wasn't the only victim of a bite during the match, USA defender Omar Gonzalez was also on the end of a nibble.

Luis Suarez was famously banned for four months by FIFA after biting Giorgio Chiellini at the 2014 World Cup.