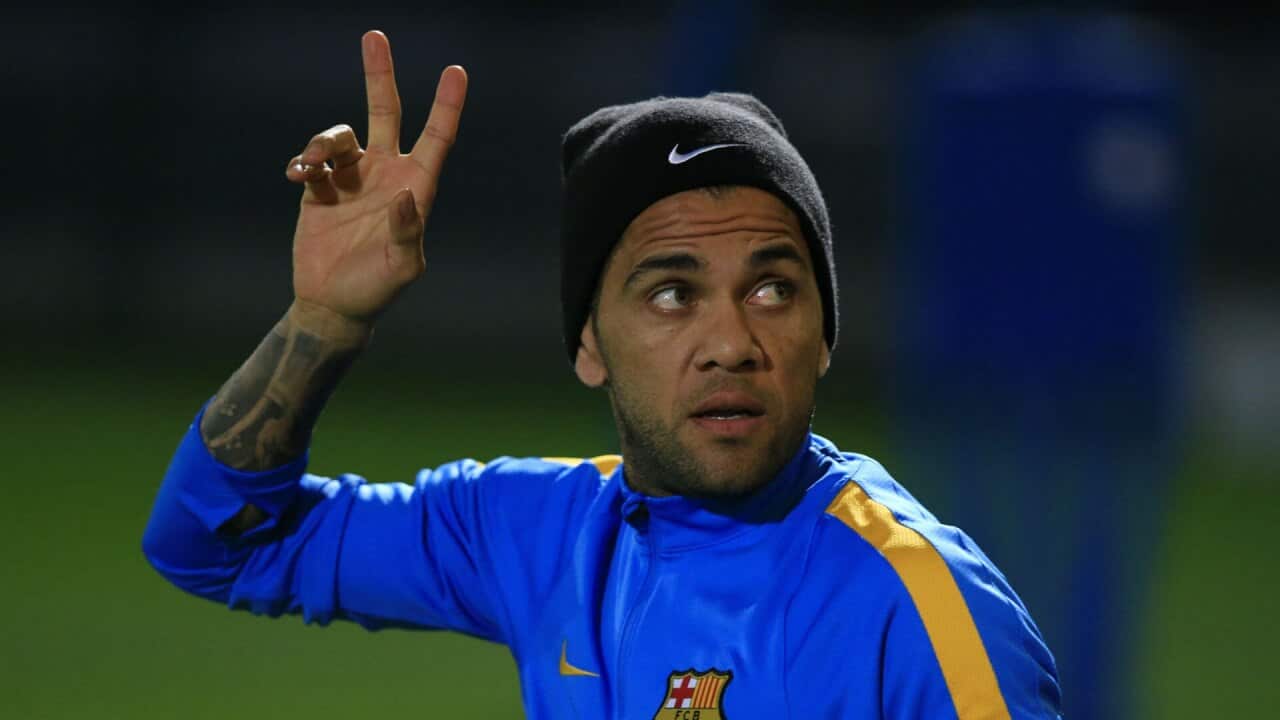 The Barcelona right-back didn't hold back the way he feels about the press. Source: Getty Images

The Brazilian's comments come off the back of Barcelona's firey encounter with rivals Espanyol, in which Luis Suarez recieved a two-match ban for a row in the tunnel with Espanyol players.

Advertisement
Alves did not refer specifically to an event, but the Instagram post included an image from the match with Espanyol, captioned with the following statment:

“Truly each day I feel more embarrassed to be a part of this sport, the way we are used and the way they play with us,” Alves wrote.

“We are objects used by the press for their benefit, so they sell newspapers. Less and less they talk about football, strategy, play, the runs to score goals, the saves and the spectacle"

"What f****** garbage you are #morefootballlessrubbish #goodcrazy."
Barcelona has since relesased a statment distancing themselves from the 32 year-old's comments:
"Dani Alves published on Instagram a very critical message where he used offensive language," the club said in a statement.
"While these are the views of the player, which they are free to express, Barcelona feels it necessary to clarify that it does not share these offensive expressions that have been published."
Share
Watch the FIFA World Cup, Tour de France, Giro d’Italia, Vuelta a España, Dakar Rally, World Athletics / ISU Championships (and more) via SBS On Demand – your free live streaming and catch-up service.
Watch now