Amateurs Trelissac dumped Ligue 1 side Lille out of the Coupe de France by holding their nerve in a tense penalty shootout. 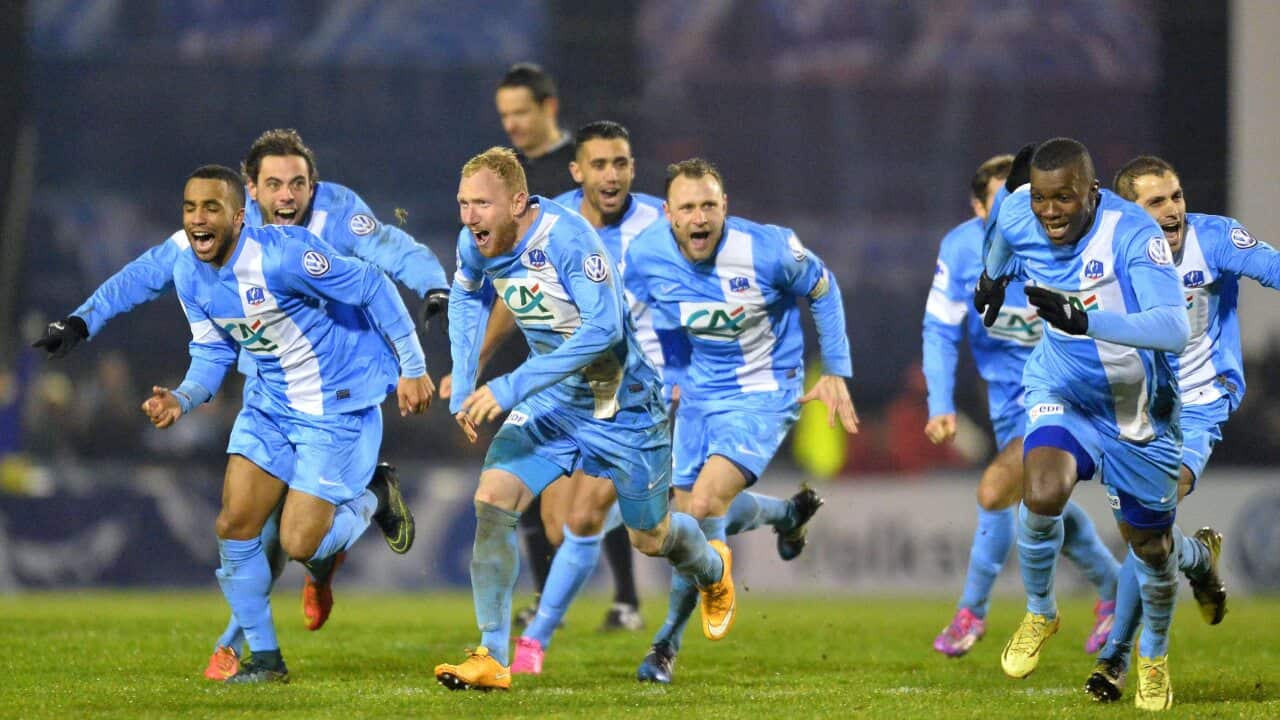 The hosts from France's fourth tier emerged 4-2 winners from the shootout, with the last-32 tie locked at 1-1 after extra-time.

Trelissac belied their place some 70 league spots below Lille in the French pyramid to secure a place in the last 16 for the first time in the club's history.

Rony Lopes handed visitors Lille a 1-0 half-time lead, only for Hamidou Keyta to level and take the game into extra-time.

Only Renato Civelli and Djibril Sidibe were on target for Lille in a disappointing night for the clear favourites.

Marseille eased past Montpellier 2-0 thanks to an own goal from Jerome Roussillon and Brice Dja Djedje's second-half strike.

Monaco needed extra-time to see off Evian 3-1, despite taking a 1-0 lead into the break.

Lacina Traore put the visitors ahead at the end of the first half, only for Morgan Kamin to level just past the hour.

Monaco were unable to hit back, however, forcing the game into an extra 30 minutes.

Just when the frustrations were building, though, up popped Mario Pasalic with the strike that ensured Monaco avoided the lottery of penalties.

Helder Costa then wrapped up the victory with Monaco's third a minute from time.

Two goals inside three minutes proved enough for Lyon to progress past Chambly 2-0, with Maxwel Cornet and Mathieu Valbuena on target for the visitors.

Both goals came inside the 22nd minute and Les Gones took the opportunity to coast home after that early burst.

Corentin Jean's brace and a strike from Karim Azamoum ensured Troyes prevailed 3-1 at Concarneau, who had Moustapha N'Doye on the scoresheet late on.

Nantes winger Alejandro Bedoya broke the deadlock against Mantes to secure his side a 1-0 victory after extra-time.

Moryke Fofana had put the visitors into the early lead, only for Boulogne to level the scores.