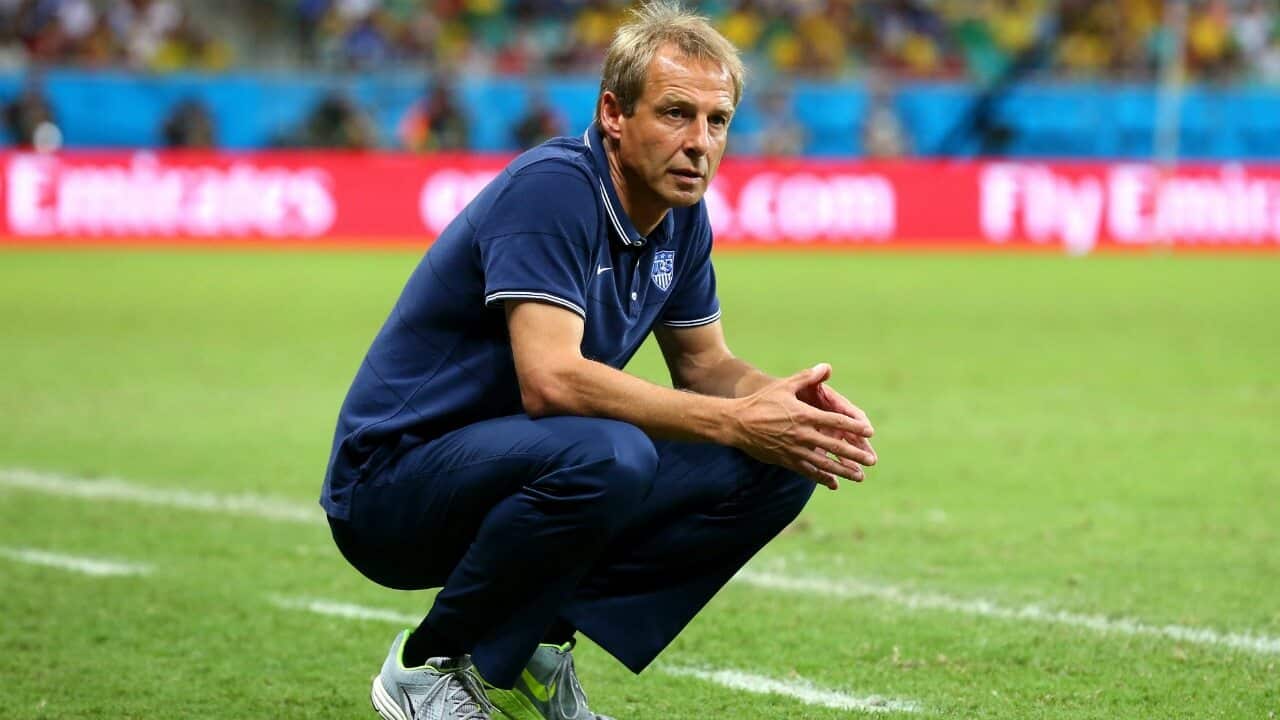 The German World Cup winner is believed to be interested in leading Australia at the 2018 World Cup in Russia with reports Klinsmann asked a close friend to scout the Socceroos after the resignation of coach Ange Postecoglou.

The 53-year-old was sacked as United States national team coach in November 2016, midway through their World Cup qualification campaign, after a controversial five years in the job.

According to the report, Klinsmann likened the Socceroos gig as a similar challenge to what he faced during his time in charge of the US.

Advertisement
US fans were scathing of Klinsmann's tenure as coach and have been quick to let their Aussie counterparts know what they would be getting if they were to hire the former Germany and Bayern Munich boss as Socceroos coach.

Klinsmann had a rocky relationship with the US media and fans during his tenure with the former Bayern Munich, Tottenham and Inter Milan striker's controversial selections and tactics a regular point of conjecture.

No decision was more controversial than Klinsmann's decision to omit arguably the United States' greatest player Landon Donovan from his 2014 World Cup squad.

SBS chief football analyst and former Socceroo Craig Foster was another to share his reservations for Klinsmann to replace Postecoglou as Socceroos boss.

"No. We need to continue improvement, to add to our thinking, keep learning," Foster Tweeted

"This offers nothing in this regard."

Klinsmann has coached 132 international matches during his stints as the Germany and US coach, winning 75.

As well as leading Germany to third place at the 2006 World Cup, Klinsmann has also guided the US to the round-of-16 at the 2014 World Cup in Brazil.