Amidst a national crisis, Venezuela are already winners

In October 1998, while Brazil were ranked as the world’s best team, Venezuela had slumped to 128th, the lowest in their history - and the lowest a CONMEBOL team had ever been in the FIFA rankings. 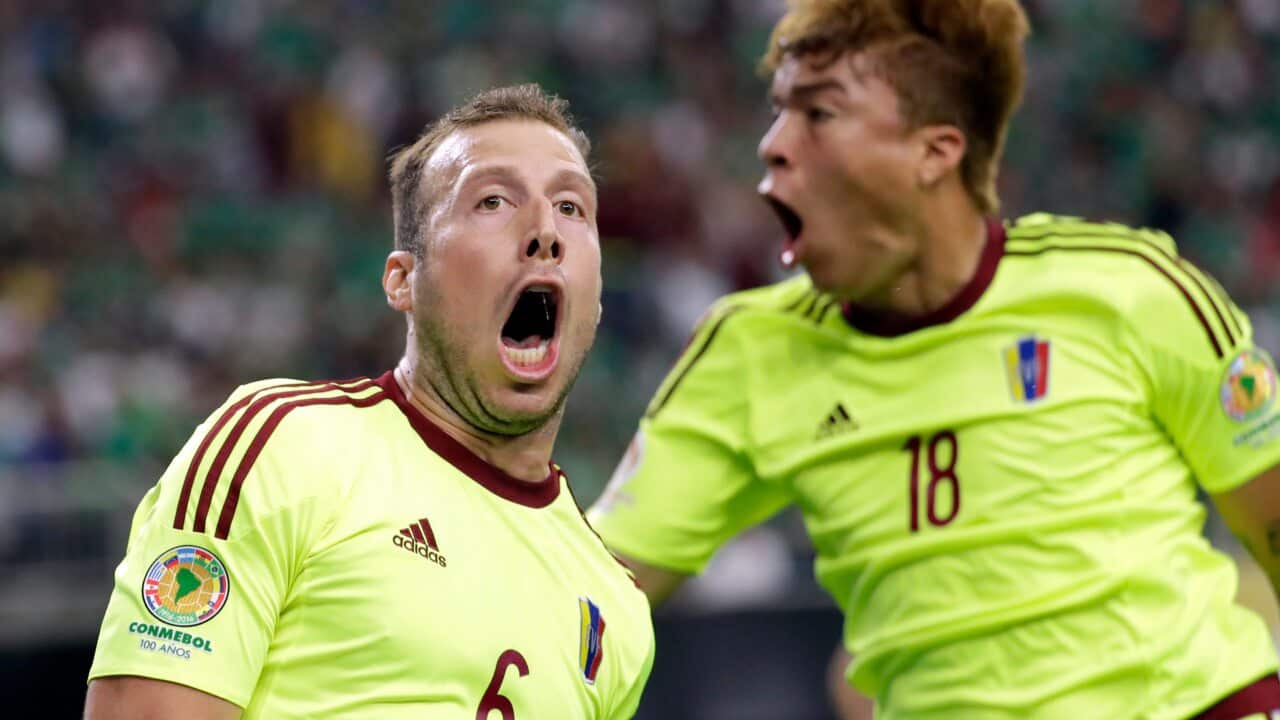 It didn’t seem newsworthy at the time. After all, everyone knows Venezuela are the only non-football country of South America (mainland Caribbean nations aside). They’ve never even made it to a World Cup.

Advertisement
Back then, you could have written Leicester City-like odds for the multi of Venezuela making it out of the Copa America group stage and Brazil failing to reach the knockout phase. Yet, in less than two decades, that’s exactly what has happened.

The rise of football in Venezuela is remarkable. Mostly because the high standard of the rest of the continent - let alone their national commitment to baseball - shouldn’t have permitted the flourish of the historic minnows.

There is also a grave
humanitarian crisis unfolding in Venezuela right now
, one that has gone largely unnoticed by the rest of the world. More on that later.

But in football, when we say minnows, we mean it. In the 1975 Copa America, Venezuela lost all four matches, scoring once and finishing with a goal difference of -25.

In one of those matches, they were beaten 11-0 by Argentina. Your eyes are not mistaken. American Samoa-like.

Now
Venezuela will meet Argentina on Sunday morning
(AEST) in Boston for a place in the semi-finals of the same tournament.

Yes, Argentina are red-hot favourites to win and yes, they’re surely ripe to walk away with their first Copa America in 23 years.

It won’t come without a fight, however. This is a Venezuelan team that’s qualified from a group containing Mexico, Uruguay and Jamaica and went through unbeaten - drawing 1-1 with group leaders Mexico after toppling the other pair 1-0.

In fact, were it not for Jesús Corona’s goal of the tournament in the 80th minute, Venezuela would have won all three matches. Channeling his inner Leo Messi, Corona had to slalom past five defenders who hadn’t conceded a goal in the previous 260 minutes of tournament play.

But La Vinotinto have a much greater cause than just winning football matches.

Venezuela have been gripped by a shortage of food, electricity and medicine, which has triggered enormous protests this past week.

Earlier this week,
a 17-year old boy was shot dead during the protests
when police and soldiers clashed with demonstrators - although the boy was said not to have even been protesting.

Confronting images have also come forth of middle-class parents picking through rubbish in search of food to feed their starving families.

Other disturbing scenes have shown huge queues at stores known to have limited food supplies, while most stores have empty shelves, despite government orders to have all stock on display.

The nation still boasts the world’s largest oil reserves and some of the greatest wealth disparity anywhere, with an affluent - but often indifferent - upper class siphoning much of their fortunes off-shore.

Inflation is now soaring at over 100 per cent as
a deepening recession takes hold
, while a supposedly left-wing government is left paralysed by a situation they helped create yet have shown themselves powerless to stop.

All that is giving the nation hope, at this tragic hour, is the efforts of their football team. And it is some team.

Their star player is undoubtedly Salomón Rondón, the 29-year old striker who has made made an impression with West Bromwich Albion in the English Premier League and bagged the winner against Uruguay, which secured progress to the Copa quarter-finals last week.

Several others are also noteworthy clubs.

Fellow forward Josef Martínez (who nabbed the winner against Jamaica) plays at Torino, captain and midfielder Tomás Rincón is at Genoa, with stalwart defenders Roberto Rosales and Oswaldo Vizcarrondo at Malaga and Nantes respectively. Rock-solid goalkeeper Dani Hernández holds the line at Tenerife.

In fact, only six of the 23-man squad play their club football in Venezuela, and none of those are regular international starters.

Nobody expects that Venezuela will have the firepower to take out Messi, Aguero, Di Maria and co., but given they made it to semi-finals in 2011 - a run fueled by the champion duo of Giancarlo Maldonado and Juan Arango - nothing should be ruled out.

Besides, whatever happens this weekend, football isn’t the real story here. In the midst of such uncertainty, they represent the one thing this nation can be incredibly proud of.