Mustafa Amini’s switch back to his preferred role as central midfield linchpin has paid immediate dividends with his new Danish club AGF, and he believes there is plenty more to come. 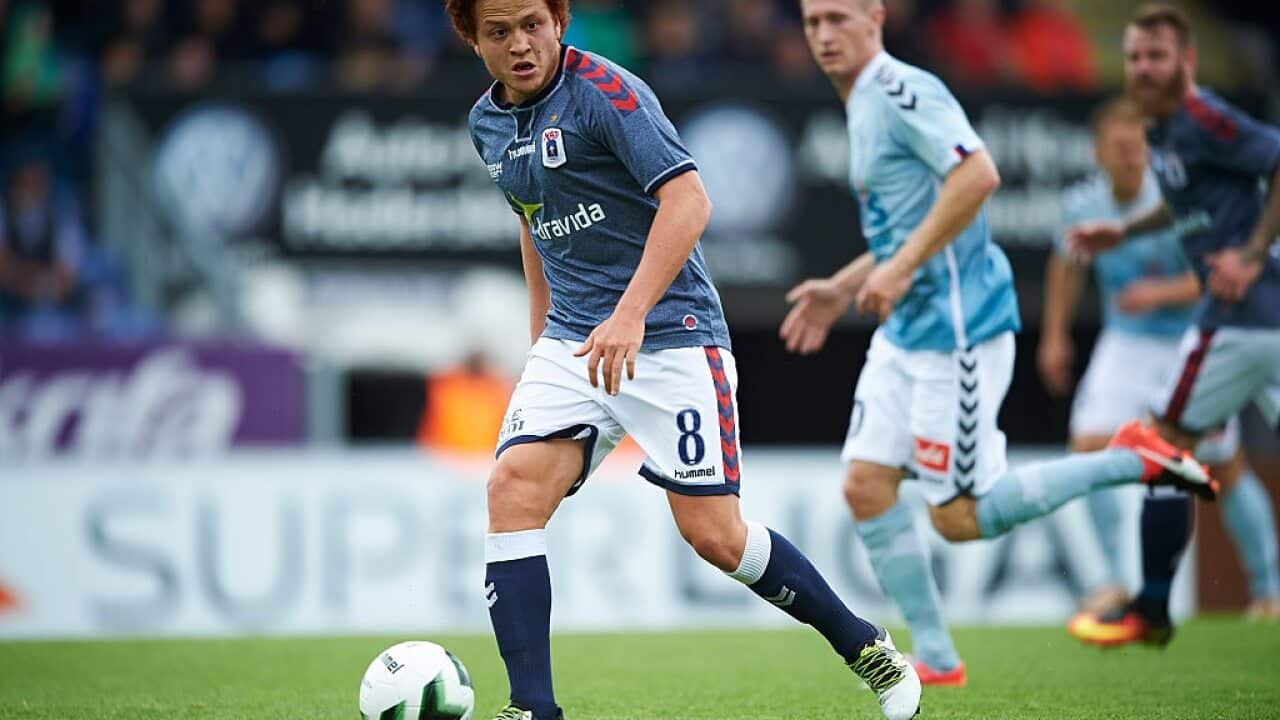 Amini bagged a debut goal and an assist as the side, which finished 10th in the Danish Superliga last season, overcame Sønderjyske 2-1 on the opening day of the new campaign.

Advertisement
The aspiring Socceroos midfielder, and former Olyroos captain, is looking forward to another influential outing against Viborg on Saturday morning (AEST), as he gears up with life at the club he joined from Randers.

It took much wrangling and consternation before Randers agreed to let Amini join a traditional rival, where the 23 year-old is convinced he will flourish in his preferred position after being isolated to the wings for much of his time at his former club.

"It was perfect start for me early and I am just happy to be playing as a central midfielder, which is where I feel most comfortable," Amini said.

"Coming into a new team there are always expectations, but I was just happy to be playing and the main thing was three points and to get off to a good start to the season – scoring and getting an assist was just an added bonus.

"I made the decision to come here and play in a 4-4-2 formation, which I think suits me more and I have a new motivation now at a new club.

"It’s a big club with a big fan base and I think we can move onto bigger and better things."

Amini said that coach Glen Riddersholm, who led Midtjylland to the title two years ago, is the perfect man to bring success to AGF.

"We have a great coach, he never lets you rest. He is very tactical and is on to you every day at training and is a winner," he said.

Amini is looking to up his goal tally, and said: "We’ve been working a lot at getting me into the box in pre-season and hopefully I can add to that side of my game."

The 23 year-old hopes that a breakout season will enhance his chances of a Socceroos call-up, but acknowledges coach Ange Postecoglou is spoiled for choice with midfielders.

"They have a lot if depth in that position … but I am in Europe in a good league and working hard. And when the time comes, it comes," Amini said.

"Until then, I'll just keep building myself up and improving."