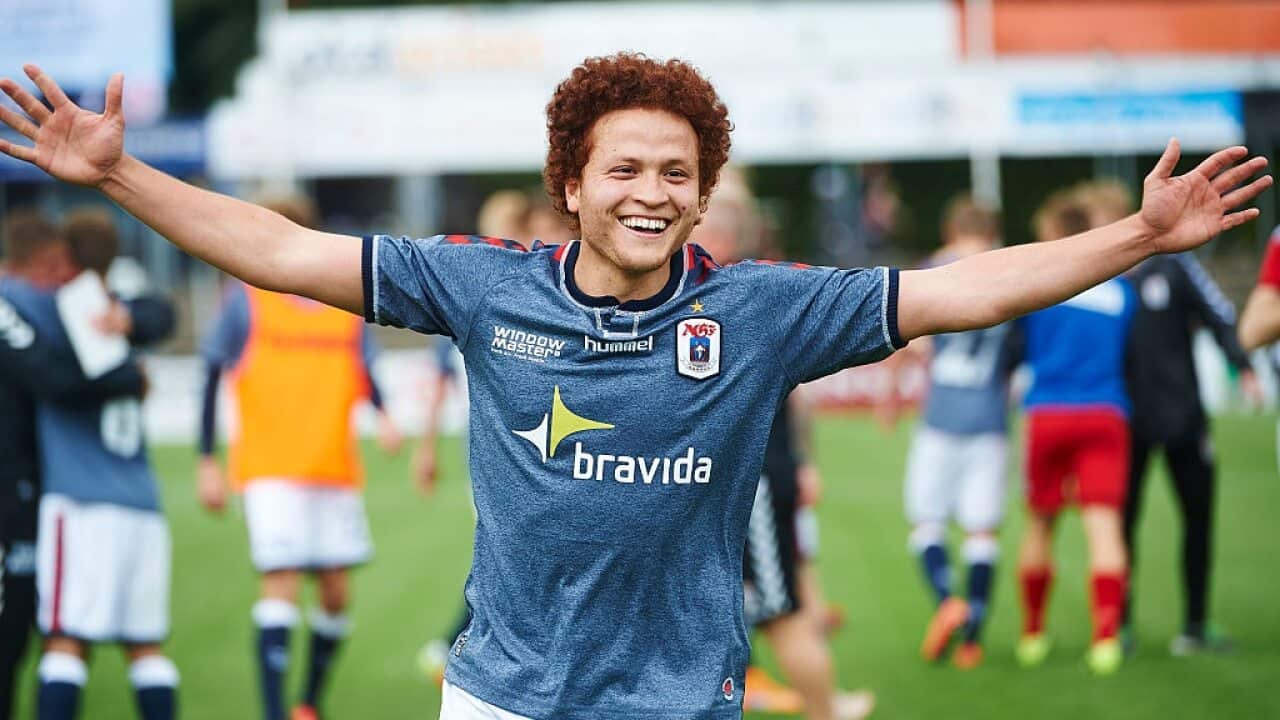 The pair combined for Lazio loanee, Ikonomidis to score his first goal for the club in the 3-1 midweek DBU Pokalen win over third-tier Holbaek.

And midfielder Amini, 24, believes the duo, deployed on opposite wings against Holbaek, can contrive a constructive partnership.

"Our teammates called it an Aussie combination and I think myself and Chris can build on that and hopefully we will have a hand in a few more goals," said Amini, who has been a regular this season his arrival from Randers, while Ikonomidis, 21, is striving to nail down a regular starting spot.

"It's all new to Chris and he's happy here."

"It's always good to have another Aussie on board.

"I had that at Randers with Jack Duncan and now Chris here.

"We both played on the wings in the cup game before I switched to the number ten role and that was when I set him up for his goal, which he took really well.

"Chris is a good player - we were together with the Olyroos and I am sure he can do well here."

Ambitious AGF are sitting 11th on the Danish Superliga ladder after 14 games, and need three points in what promises to be a fixture stacked with Australian talent when they face an Esbjerg team on Tuesday (AEDT), which includes Awer Mabil and Brent McGrath.

"We are a work in progress after the team was pretty much rebuilt last season," Amini said.

"On a personal level, I am happy to have scored three times so far. Last year at Randers I scored one in 36 games, so that's an improvement."

Though Amini is the senior partner in his double act with Ikonomidis at AGF, it's the youngster who has become a regular in recent Socceroos squad selections, while ex-Olyroos skipper Amini awaits a maiden senior call-up.

He missed out on the extended squad for November 15's 2018 FIFA World Cup qualifier against Thailand, but is content to keep knocking on the door, confident the call will eventually come.

"I am at the heart of football in Europe ... It's where everybody wants to come and where people dream of back in Australia," he said.

"I know they (the national team hierarchy) are keeping an eye on a lot of players.

"I just have work hard, do well, score a few goals and see what happens.

"Of course you want to get selected but the squad is quite strong at the moment and you just have to wait for your chance.

"You saw that with Jimmy Jeggo getting his opportunity because he's been doing well in Austria and that shows that rewards can come if you are making an impression with your club.

"The Socceroos midfield is particularly good, but you have to back yourself, and I am just waiting my chance.

"I played with Maty Ryan, Tom Rogic and Trent Sainsbury at the Mariners and they have all broken through.

"I have been in Europe now for nearly six years, since I was 18, and I am just committed to helping my club climb the table because we need to improve."