Graham Arnold will set a record for games coached at Sydney FC, in official competitions, when the Sky Blues take on Melbourne Victory in the "Big Blue" at Allianz Stadium on Friday night. 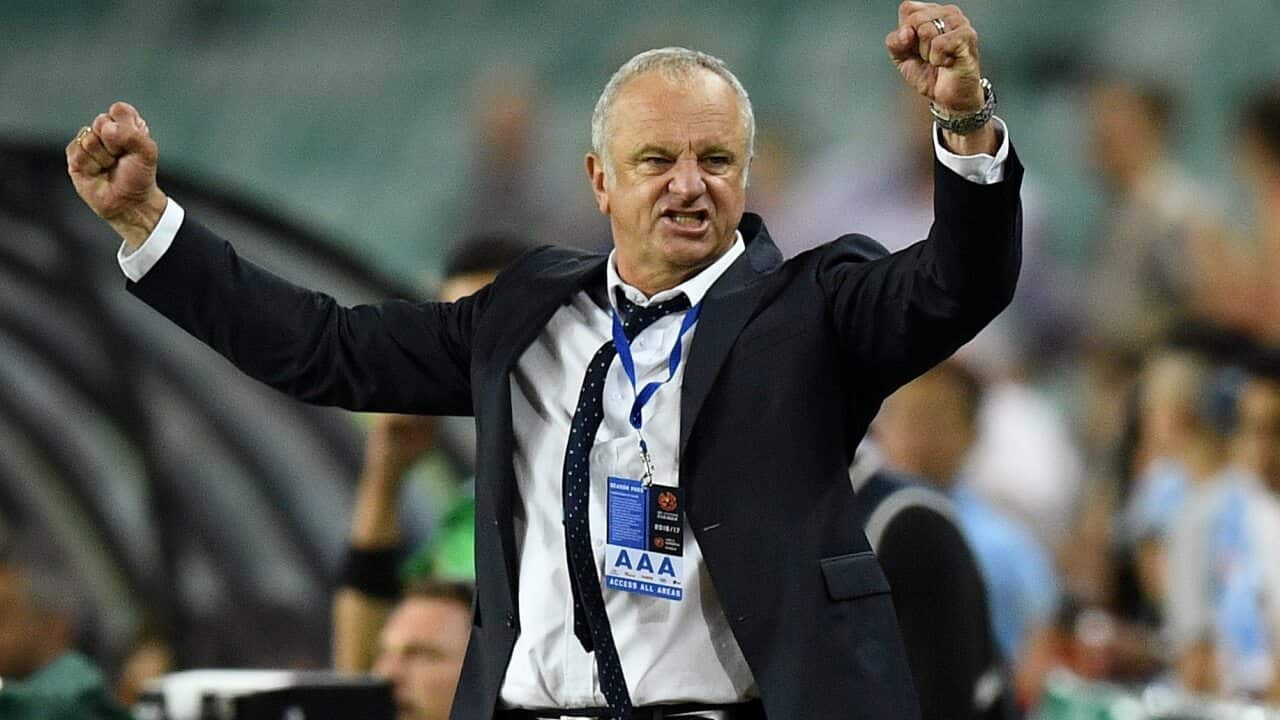 Graham Arnold's Sydney FC have been in devastating form this season Source: AAP

Arnold, who is in his third year in charge of the Sky Blues, and Vitezslav Lavicka, the only previous coach to have lasted for three years at the club, are each on 95 games.

Lavicka has still coached Sydney in more A-League games at this stage (89 to Arnold's 77), but Arnold has been in charge for more AFC Champions League matches (eight to Lavicka's six) and has also benefitted from the introduction of the FFA Cup.

The knockout competition didn't begin until after Lavicka had departed Sydney and Arnold has coached the Sky Blues in 10 FFA Cup games.

The fact Arnold is racing towards a century of games in charge of Sydney in all competitions is testament to his ability to bring players together and get results.

Including Steve Corica's short term as a caretaker-coach, early in the 2012-13 season, Arnold was the club's ninth coach in their first 10 years of existence.

He steered the team to the Premiers' Plate and championship double in his first season in charge.

Sydney played four finals matches under the format used in the 2009-2010 season.

Under the current format, the teams that finish first or second in the regular season play no more than two finals matches.

And there were 30 matches in the 2010-2011 regular season, when there were 11 clubs in the competition. North Queensland Fury became defunct at the end of that season.

Arnold will reach the century mark of matches in all competitions for Sydney in the round 26 game against Wellington Phoenix at Westpac Stadium.

He signed a two-year extension of his coaching contract in December, which means he will become the first coach to enter a fourth year with Sydney.

Sydney CEO Tony Pignata said Arnold had been "fantastic for our club".

"Year one, he got us to the grand final. Last year was a difficult one for the club, combining the A-League and the ACL, and we learnt a lot. Graham is on record saying that," Pignata said.

"This year you can't fault what he has done and the board agreed to extend him because he's the right man to have in charge. Stability is a big thing if you want to achieve success and 'Arnie' brings that."

Arnold will break Lavicka's record for A-League games in charge of Sydney early next season, but his immediate goal is to win the Premiers' Plate and championship double this season - like Lavicka did in 2009-2010.

The Sky Blues, already eight points ahead of second-placed Victory on the competition table, will take a stranglehold on the plate if they win the Big Blue.