Arzani set to miss out on Socceroos breakthrough

The clamour for Bert van Marwijk to hand an Australia call-up to Daniel Arzani may have fallen on deaf ears - with the teenage sensation not included in an initial 41-man pool of players under consideration for this month’s friendlies against Norway and Colombia. 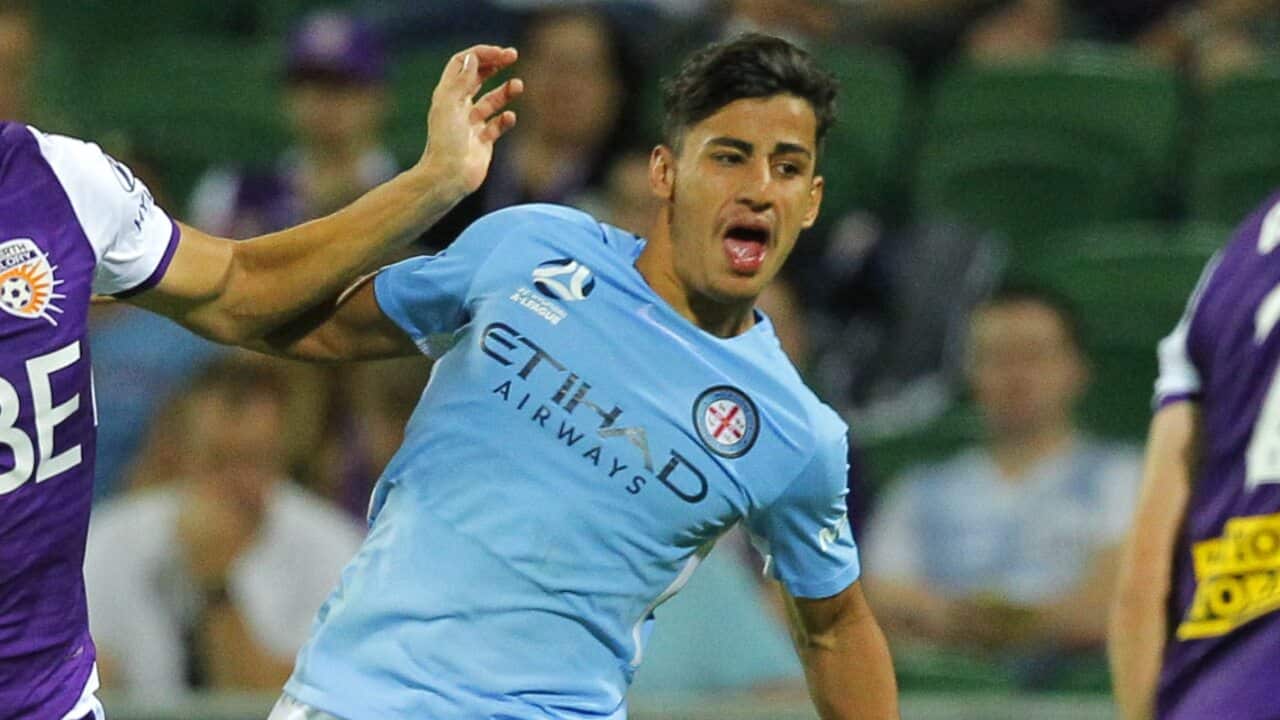 Australia’s Dutch coach is expected to name a 30-man squad - to be subsequently trimmed to 23 - early next week, and unless he has experienced a last-minute epiphany it looks unlikely Arzani will be included.

If that’s the case, it would be a shock to many and leave the door ajar for the dual nationality Melbourne City winger to be swayed by a possible approach from his birth country Iran.

The Iranians, along with Australia, will compete at this year’s FIFA World Cup in Russia.

Advertisement
Arzani this week declared his preference to represent Australia over Iran, saying: “I feel like I’m as ready as I’ll ever be.”

However, sources close to the attacking weapon, whose bewitching dribbling skills and turn of pace have lit up the A-League, confirmed that he wasn’t part of van Marwijk’s initial blueprint for the clashes in Norway on March 24 and in London four days later.

With two goals and four assists from his budding A-League career, shrill calls for Arzani to be capped have echoed around the competition.

If he does miss out on this occasion, a storming conclusion to the season could still win Arzani a seat on the plane to Russia, where Australia face France, Denmark and Peru in the group stage.

Van Marwijk attended two A-League games in person during a whistle-stop meet and greet visit to Australia last month, and ran his eyes over the talent at his disposal.

It’s understood that few, if any, A-League based players left a deep impression, with sources claiming it was a Kiwi, Melbourne Victory’s Kosta Barbarouses, who most caught his eye.

Though he has just seven A-League starts under his belt going into Friday night’s Melbourne derby, Arzani, 19, has been hailed as Australian football’s newest beacon of brilliance, with the assumption being van Marwijk would lock him down to keep the Iranian FA at bay.

However, the short-term Socceroos appointment has made it clear to the FFA that he views his remit as all about results in Russia in June, and not necessarily assuming the responsibility of fermenting young talent along the way.

He sees that as primarily the job of his anointed successor, Sydney FC coach Graham Arnold.