Asian Champions League “Big Blue” could be just one game away

The “Big Blue” to end all Big Blues – and two legs of it, to boot – could be just one good round of 16 game away in the AFC Champions League for Sydney FC and Melbourne Victory. 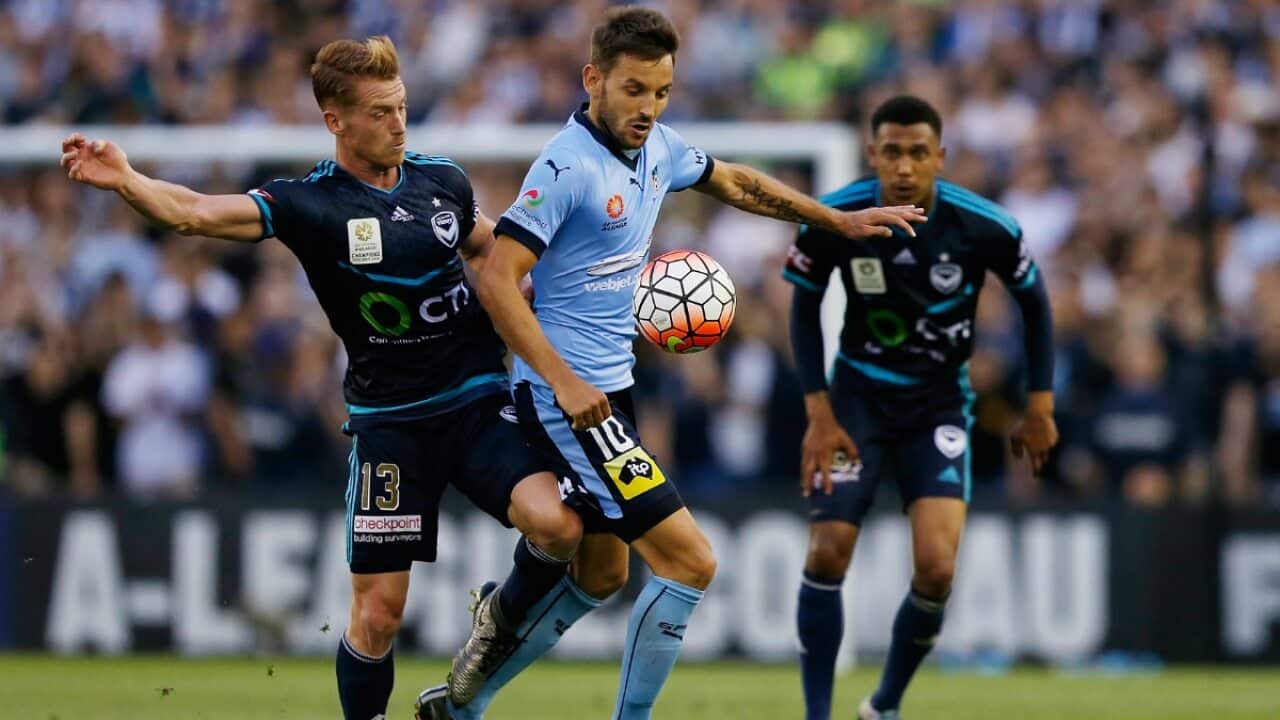 Imagine a Big Blue with an Asian backdrop – what an incredible occasion it would be! Well, the Champions League draw makes it possible if the Sky Blues and Victory can advance to the last eight.

The two A-League teams are naturally concentrating only on the critical round of 16, second leg games ahead of them next week.

Victory will play away against Korean team Jeonbuk Motors at Jeonju World Cup Stadium on Tuesday. They drew 1-1 in the first leg at AAMI Park.

Sydney is at home to Shandong Luneng at Allianz Stadium on Wednesday. They also drew 1-1 in the first leg, at Jinan Olympic Sports Centre.

But that doesn’t stop the rest of us from looking ahead to see what the possibilities are and the nature of the draw for the quarter-final stage tells a potentially mouth-watering story for Australian football fans – and particularly supporters of Sydney and Victory, if their teams can make it that far.

Sydney and Victory are both in the East Asia zone and if they both qualify for the quarters and are drawn to meet they would make history because two Australian teams have never played each other at any stage of the Champions League.

The West and East zones are again kept apart for the semi-final draw, which means that if Sydney and Victory didn’t meet in the quarters but both made it as far as the semis they would have to meet there – for a place in the final.

The top West and East zone teams play off for the ultimate prize, which Western Sydney Wanderers won in 2014 to become the first Australian club to achieve Champions League glory.

The potential for a Champions League Big Blue in the last eight or last four makes these second leg round of 16 games even more exciting as spectacles.

The Champions League has mostly struggled to attract good crowds in Australia, but surely a Big Blue with a place in either the semi-finals or final at stake would pull huge crowds for the two legs in Sydney and Melbourne.

There will be a three-month break before the quarter-finals, which will be staged on August 23-24 and September 13-14.

But first, of course, Sydney and Victory have to advance and the Sky Blues  appear to have the less difficult task in their second leg round of 16 match.

The Sky Blues got a goal and an away draw in the first leg, putting Shandong under pressure to come to Sydney and try to force the issue.

Victory are basically in the same position as Shandong, since they could only draw at home and conceded a goal as well.

But we’ll see what happens. Hopefully, an exciting  new chapter of the Big Blue rivalry awaits.