There was a time, 26 years ago, when newly-crowned Premier League inductees Brighton and Hove Albion literally didn't have a prayer. 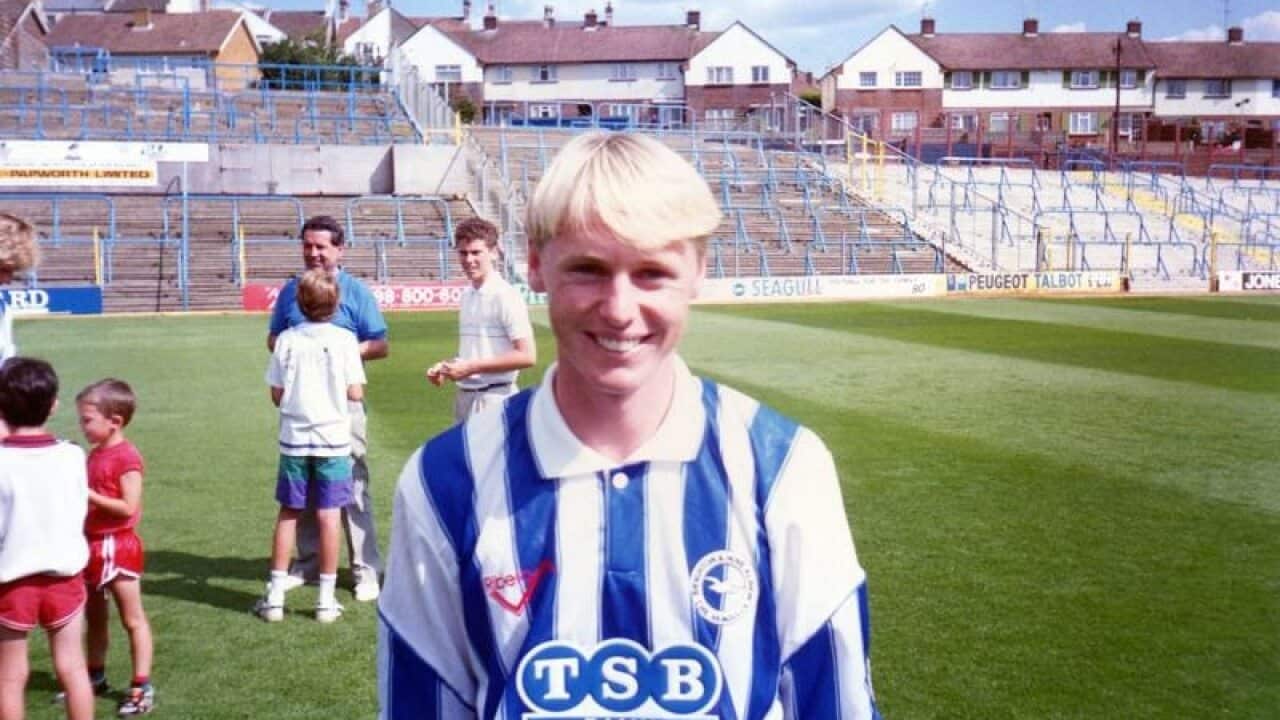 Playing in English football's second tier, the Seagulls were so impoverished that their players - including Australian midfielder David Clarkson - were forced to train in a derelict church, replete with smashed windows and squatters.

The seaside club, who clinched promotion to the promised land last weekend for the first time in 34 years, are now worshipping at the altar of untold riches, with their elevation to the top flight worth up to $350 million.

Clarkson, who lists his biggest career regret as rejecting a two-year contract extension with the Seagulls, knows all about the tough times at a club that 20 years ago came within a whisker of falling out of the Football League altogether.

Advertisement
The Tasmanian - a leading figure in his home state's bid for an A-League license - earned a princely £300-a-week ($510) during near 18-month stay; just about enough to cover the weekly hair-styling budget of a modern-day Seagulls first-teamer.

But he couldn't be happier for today's Brighton brethren as he recalls a near breadline existence at a club he grew to love and follow through its trials and tribulations down the years.

"Times were so hard when I was there back in 1991 that we trained in an old church, which had the pews taken out," Clarkson recollects.

"It was our futsol centre when bad weather made training outside impossible, which was quite a lot.

"There we were...16 guys squeezed in to this tiny little church, with the broken windows allowing some fresh air to flow through.

"There were a few squatters in there who we had to kick out when we had a training session."

Things didn't get too much better at the club's home stadium - the now demolished Goldstone Ground.

"The pitch was sloped downhill and one of the terraces was in such bad despair it was closed off to supporters," added Clarkson.

Despite the humble surrounds, Clarkson still had to prove he belonged.

"There weren't many Australians playing in England back then and not only did they not rate Australians as footballers, they probably didn't even know where Australia was," he said.

"The first few months were difficult but once I gained the respect of the boys, they were really welcoming. I am still in touch with some of them."

So welcoming in fact, that each time Clarkson ran out onto the pitch fans sang the Neighbours theme tune, adding the lyrics "we've got our own Jason Donovan".

Clarkson was 23 when he was sold for $10,000 by former NSL side Sunshine George Cross to Brighton, for whom he ultimately made 13 appearances.

"I was in tears when I signed my contract there," he added.

"It had always been my ambition to play in England.

"I had a two-year contract extension on the table to re-sign... but I choose not to which was a big mistake, especially as there was also interest from other clubs including Wolverhampton Wanderers.

"I didn't have an agent at the time and I was a bit of a rudderless ship."

Despite the briefness of his stay, Clarkson, now 49, is fondly remembered by the Brighton faithful who were impressed by his tenacity.

"I have huge affection for the club... and I think I'm quite well respected there; the fans took to me," he said.

"I've always kept in touch with people there and (coach) Chris Hughton has done an amazing job, especially after the disappointment of losing in the playoffs last season.

"It's funny... a lot of those players who have done so incredibly well might not be there come the kick off next season," he said.

League? Certainly not all of them, so I expect him to turn over the squad a bit and bring in some higher quality.

"The club have had their ups and downs, and a lot of downs, and where they now is just reward for what they've been through."