Aussie Dougall keen to welcome Goodwin to The Castle

Sparta Rotterdam’s resident Australian, Kenny Dougall, reckons Adelaide United flier Craig Goodwin will be joining a team on the rise should his mooted move to the Netherlands be ratified. 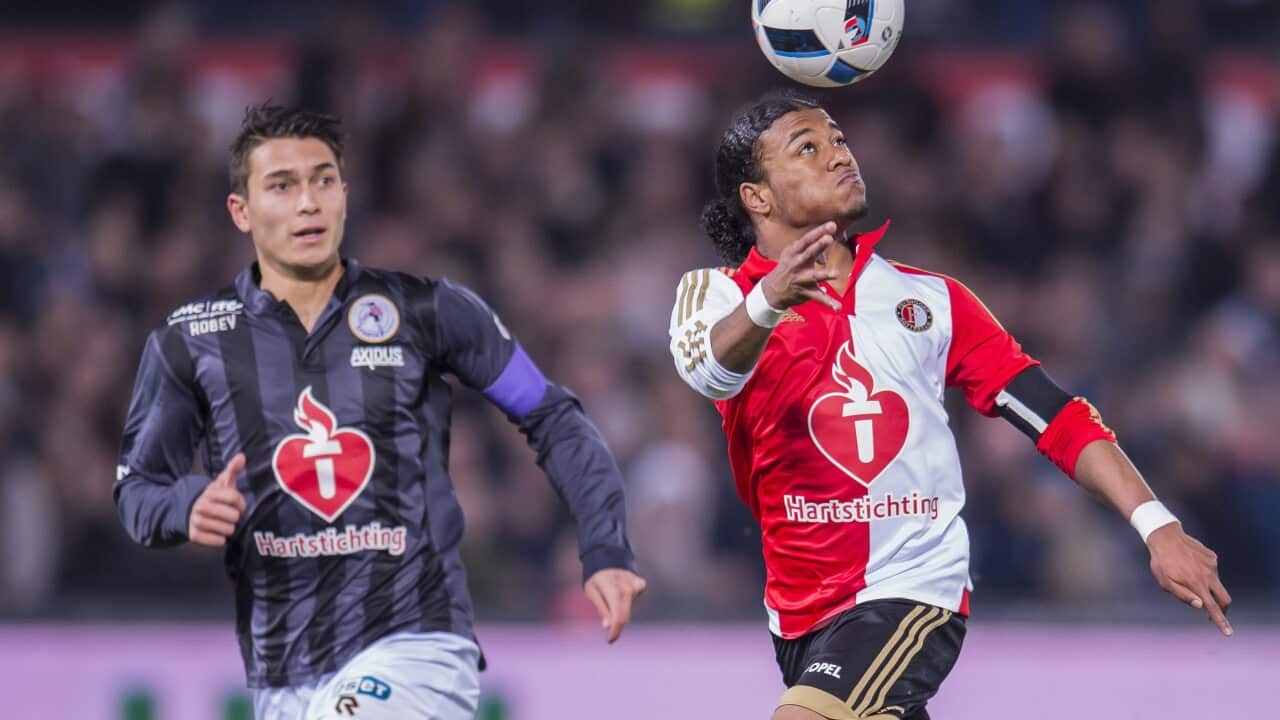 Olyroos defender Dougall has been a mainstay in his debut season at left-back for the Red and White Gladiators, who are 11 points clear at the top of the Eerste Division and all but assured of promotion to the top flight, with just six games to play.

The former Brisbane Roar junior, who joinded Sparta from fellow second tier Dutch club Telstar, is convinced the Netherlands’ oldest club is well equipped to more than hold their own in the Eredivisie.

Dougall, a ball-playing defender, has heard nothing from the Dutch end of the club’s reported interest in two-cap Socceroos wide-man Goodwin but would welcome another Aussie in the ranks.

Advertisement
“I’ve read about it but don’t know how concrete it is,” Dougall said. “It would be nice though to have another Aussie here and it would also increase the competition for places, which would be a good thing.

"I don't know too much about Craig because I don't get to watch too many A-League games over here."


Goodwin is off contract at season's end and recently told The World Game of his intention to play in Europe in a bid to enhance his Socceroos chances.

“I have thoroughly enjoyed my two years at Adelaide and, if I was to play here for longer, I’d be very happy to do so. For me, I’ve just turned 24 in December and in terms of going over to Europe I don’t think there are too many windows of opportunity for that," he said.

“If something comes up in the near future then I think it’s safe to say that I would definitely snatch that opportunity."

Dougall, 22, has thrived at the club that won the last of their six Dutch titles in 1965 and dropped to the Eerste division in 2010.

“I’ve played almost every game and have definitely progressed as a player, but of course I have a long way to go,” Dougall - who signed a contact extension for a further three years in January - said.

“I think I have learned a lot ... playing every week it’s natural that I should improve. My football is looking good at the moment.

"I have only been playing professionally for two years, but it’s been enjoyable, especially when you're winning.”

“The top teams in the division are good and we’ve played friendlies against Eredivisie teams and have done well.

“If we keep playing like this we are capable of being competitive in the Eredivisie. We’ve beaten a lot of teams at the lower end of that division comfortably and while we won’t win the league, we have a lot of belief in ourselves.

“Historically, we are one of the biggest clubs in Holland and we have good support."

While there is intense competition for the left-back spot in the national team, Dougall, who is more used to playing as a central defender or holding midfielder, is eyeing a Socceroos breakthrough on the road to Russia 2018.

“It’s a big period coming up for the Socceroos,” he said. “I think there will be chances ... I just need to continue it improve and get to the right level.

“All I can do is just play well each week and see if Ange (Postecoglou) will have a look at me.

"I was in the youth team at the Roar when he was there and also the Olyroos, so he knows all about me.”