Talented Australian teenager Sebastian Pasquali is targeting a shot at the 2018 FIFA World Cup with the Socceroos after making his professional debut in Holland. 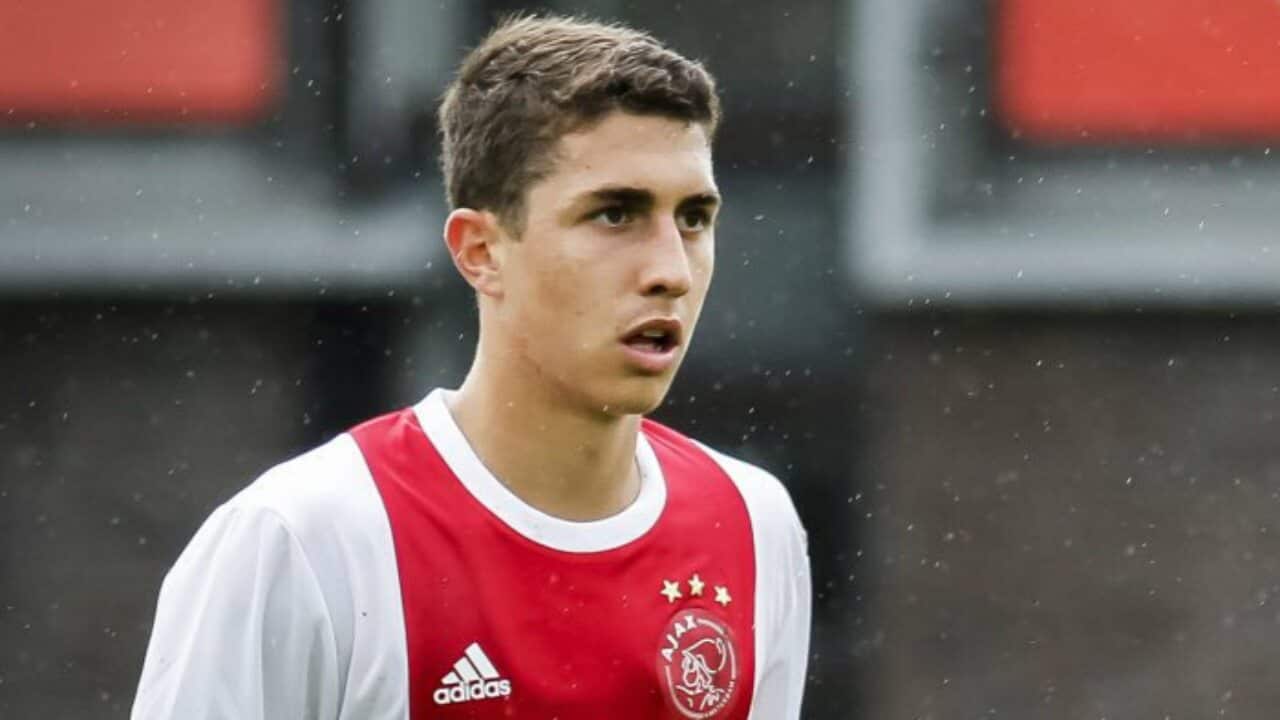 Pasquali left the A-League at the end of 2016 at the age of 17 to join Dutch giants Ajax after just two impressive first-team appearances for Melbourne Victory.

A delay with his FIFA transfer clearance meant the youngster had to sit on the sidelines and could not play for his new club until the start of the 2017-18 campaign.

But the technically gifted 18-year-old has worked his way up from Ajax’s Under-19s and this month made his professional debut in Holland, starting for Ajax’s reserve side in the second division, Eerste Divisie.

Advertisement
After breaking through at Jong Ajax, Pasquali has set his sights on cracking Erik ten Hag’s first-team as quickly as possible to push his claims as a bolter for Russia.

“With the World Cup coming up there’s a lot of competition for places,” Pasquali told The World Game.

“In the past there’s been a few young kids called into camps and given an opportunity. I guess it’s all down to if you’re playing for the first-team and you’re getting minutes and doing well you could be a chance.

“I’ll just keep my head down, keep doing my thing.”

Muscat told The Herald Sun his case was a warning to young footballers who need regular game-time. But Pasquali said the criticism hasn’t affected him.

“It was all about moving over here and fulfilling my dream of playing overseas,” he said.

“With this production line of young talent I was just excited to get over here and get started really.

“Ajax has got a really good history of producing players and giving youngsters a chance at the top level. That’s why you see so many young players playing in the first-team at the moment and go on to bigger and better things in the future.”

Pasquali believes he is improving as a player with his time at the European powerhouse and has no regrets about his early departure from Victory.

He admits his first six months in Amsterdam were difficult, but believes in the long run waiting to get his clearance might have been a blessing in disguise.

“Last season was a bit of a challenge for myself because I couldn’t play,” the playmaker said.

“But in the end it sort of helped me because I was able to train and learn the style of play, learn the language and get to know the ins and outs of the club a little bit.

“I really like the city. You could say it’s a bit similar to Melbourne, but the weather is obviously not ideal. It’s very cold at the moment. But I guess that’s all part of it.

“They’ve got a really good support system. I finished year 11 back in Melbourne and this year I do school through Ajax. Ajax have a special program where each day you have classes for two hours in between training sessions.

“It makes it a lot easier because I can do my schooling at the club because I’m there everyday. It’s a good set-up and a good learning environment as well.

Pasquali started and played 58 minutes in the 2-1 loss to Fortuna Sittard earlier this month.

“It was a reward after having trained with the reserve team consistently,” he said.

“I was excited to make my debut against such a good opponent. We lost 2-1 but I gained some experience and its given me a lot to work on.”

The Wangaratta-born central midfielder feels his game has gone to a new level since joining Ajax.

“When I arrived everything was new,” he said.

“I didn’t understand what everyone was saying. They can speak really good English but a lot of the coaching obviously is in Dutch, which was a little bit of a challenge but I’ve learnt to deal with that.

“We train up to nine times a week and have one to two games a week. It’s a different environment and you’re receiving amazing coaching from players who’ve played at the likes of Barcelona and obviously Ajax as well.

“They just pass all their knowledge to the youth. I couldn’t be in a better place I think. If you don’t improve in this environment... I don’t know.

“It’s all down to you. If you put 100% in every day then you going to get something out of it. It’s really good to realize you’ve got the best facilities around you to improve and you just have to turn up everyday and do your best.”